Gruffalo 50p coin – when does it go on sale and what will it look like?

The new money is being released this year to celebrate two decades of Julia Donaldson's award-winning kids books, and it could be as soon as next week. 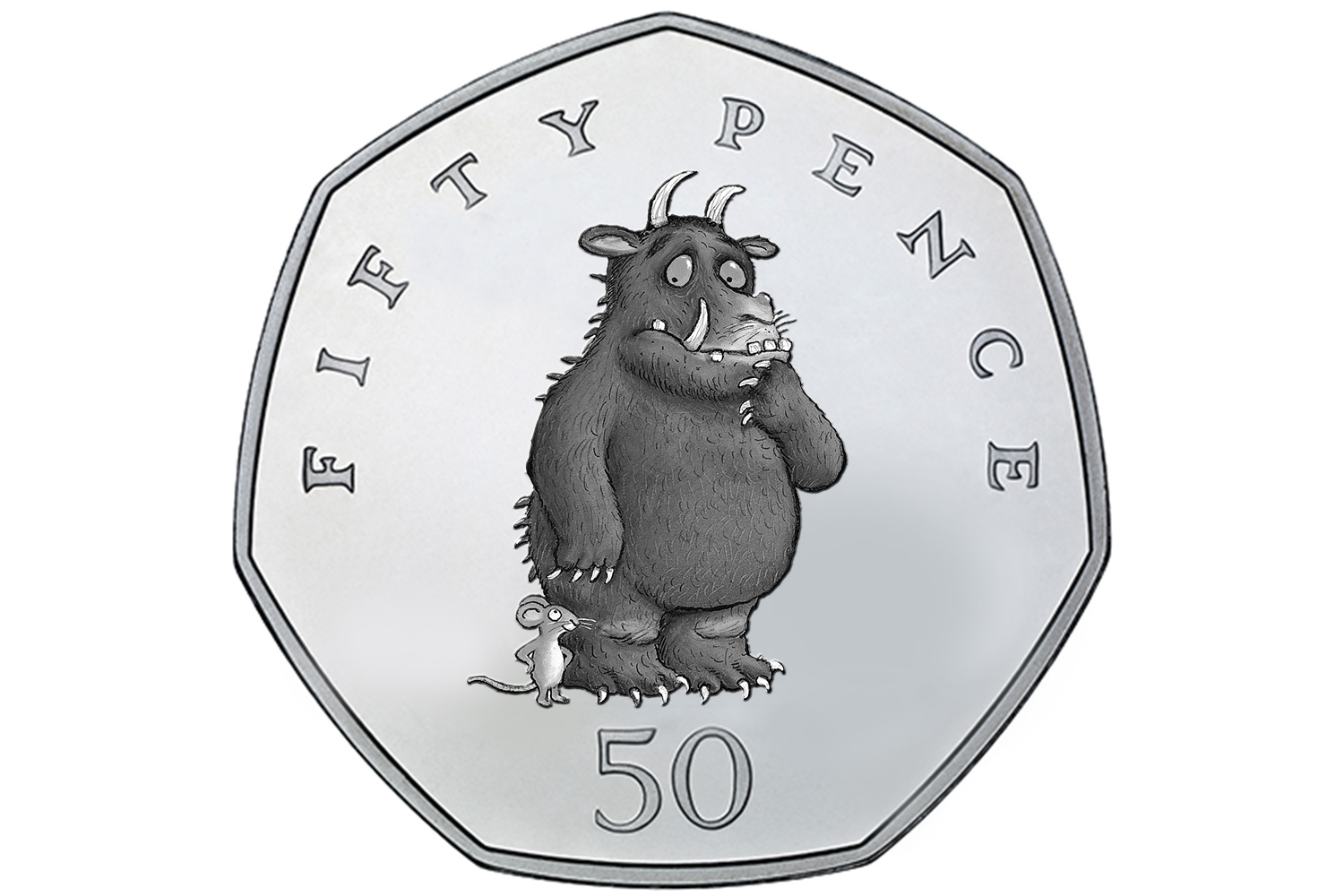 The Royal Mint first announced that it would be launching the new money back in November but they're keeping tight-lipped on the finer details.

Here's everything we know about the coin so far:

What is The Gruffalo?

The 50p coin is being released to celebrate 20 years since author Julia Donaldson published the first book about The Gruffalo.

The Gruffalo is a monster – half grizzly bear and half buffalo – that lives in the woods, and befriends a mouse.

The original story is based on a Chinese folk tale, about a fox that borrows the terror of a tiger.

Since it was published in 1999, Julia has released 13 different books about the creature, sold 13million copies worldwide and the tale has been turned into a TV short.

The books are illustrated by award-winning artist, Alex Scheffler, and – even though it hasn't been confirmed yet – we're assuming that one of his drawings will end up on the coin. 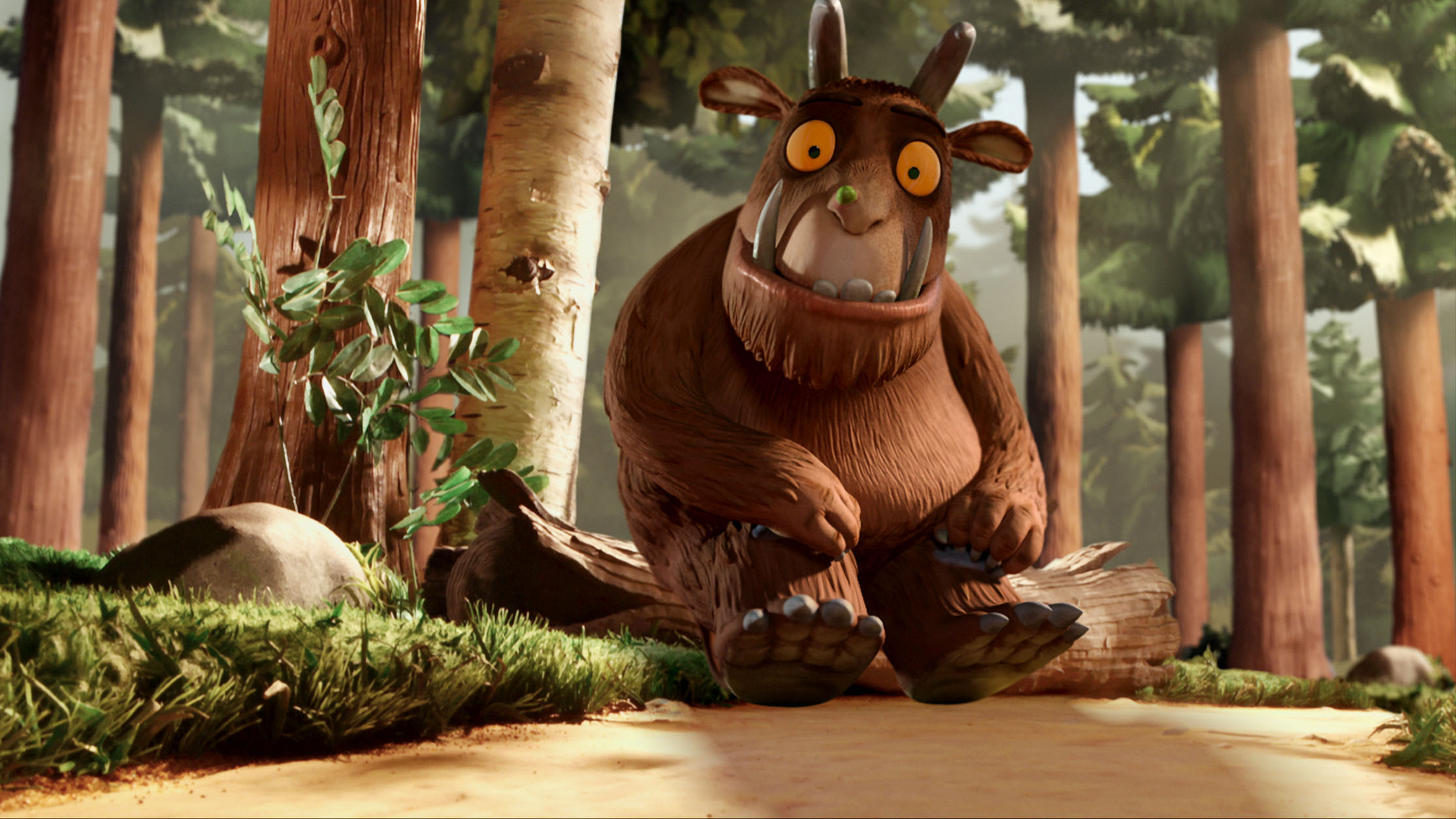 It's possible that more than one 50p could be released, leaving room for multiple illustrations.

Last year, two versions of the Paddington Bear 50p coin were launched, while four were released to celebrate 150 years of Beatrix Potter.

But only one coin was designed to mark 40 years of The Snowman.

It will be inscribed with THE GRUFFALO and the year it is released (2019), and will be made from cupro-nickel and silver.

When is the new coin going to be released?

The Royal Mint is yet to confirm exactly when the coin will be released but money boffins over at Token Publishing reckon it will be available to buy from February 19.

We still don't know for sure whether the coin will be released into circulation so it may be a while before it turns up in your change.

What are the most valuable 50p coins?

HAVE a rummage through the change in your pocket for rare 50p coins because they could be worth a small fortune.

This rare commemorative coin was created in 2009 to celebrate the 250th anniversary of London’s Kew Gardens. Only  210,000 of these coins were issued and a quick check online shows up that a circulated coin with this design sold for £160 on eBay after it got 25 bids.

At first, just 375 of the  Sir Isaac Newton coins were released into the tills at Woolsthorpe Manor in Lincolnshire, the birthplace and home of the famous scientist, but more of the coins were slowly released into circulation – adding up to a total of 1.8million. The majority of these coins are still boxed in protective packaging and they're selling for around £76.99 online.

There are only 2.1million of these coins in circulation and one of the coins recently sold for 27 times its value at £13.50 on eBay.

There are currently 3.1million of the coins in circulation. Recently, one coin that had been in circulation fetched £7.50 on eBay – that's 15 times its face value.

There are 3.4million coins in circulation and they are hugely popular amongst collectors. We found one that was recently sold for £4.50.

Britannia was replaced by the new Royal Shield in 2008 as the standard 50p design, and none have been issued since, making the ones minted in that year valuable to collectors. Only 3.5million were issued into circulation and one recently sold on eBay for £1.81.

Normally, when a new coin is launched it's first made available as a collectable before it is put into circulation.

Last year, The Royal Mint released the Paddington Bear 50p as a commemorative coin in June but wasn't released into circulation until October.

There's no guarantee that the coin will be released into circulation at all, such as the commemorative The Snowman 50p coin launched in December last year.

How valuable is it going to be?

How much the coin is worth depends on how many of them are released – the fewer there are, the harder it is for collectors to get their hands on it and the more they will pay for one.

If it's anything like the Kew Gardens coin, it could be worth up to £160 on eBay.

The Royal Mint normally sells commemorative 50p coins for £10 when you buy them directly from the website.