HARRY WALLOP asks: Who on earth would pay £92 for thin air?

Fancy a breath of Devon or a scent of the Outback? In what must be the weirdest wellness trend yet, HARRY WALLOP asks: Who on earth would pay £92 for thin air?

After carefully removing the cork I stick my nose into the bottle and take a deep breath. I get a hint of possibly moss and rain-dappled oaks. Possibly. And then it’s all gone.

I have just consumed one of the most expensive bottled products available: a £25 bottle of English Air, which the label explains is ‘collected by hand in the Yorkshire Dales’.

You might think it’s a snip compared with a bottle of 2015 Domaine de la Romanee Conti, at an eye-watering £24,000. But at least with the Burgundy you get all evening to enjoy it. The English Air is gone in two seconds.

‘It’s just to bring a smile to someone’s face,’ says Paul Stewart, founder of removals firm My Baggage, who came up with the idea. ‘At Christmas, we saw a massive drop-off in people able to come home. So, we thought why not do bottled air from around the UK and Ireland?’

His product is designed as a novelty. But other bottled airs are aimed at consumers worried about pollution. 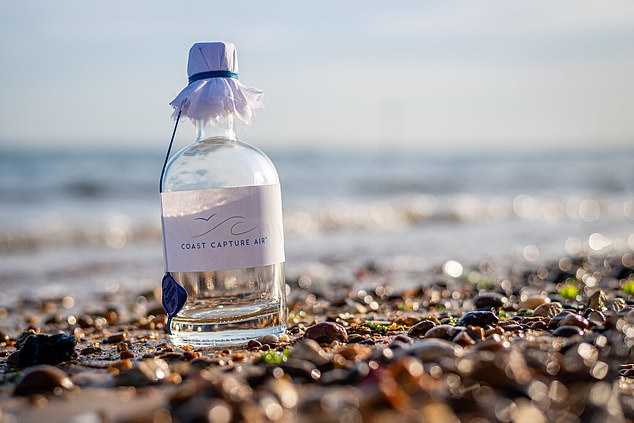 It sounds like the fantastical plot of The Lorax, a 2012 Dr Seuss animated film, where an ‘air baron’ sells bottled oxygen to a city devoid of any trees or nature.

But it seems some people running bottled air companies are in deadly earnest.

‘We started off as kind of a joke. But it then got serious. We thought, there’s bottled water, why shouldn’t there be bottled air?’ says Moses Lam, 35, co-founder and chief executive of Vitality Air, based in Alberta, Canada.

His air comes from the Banff National Park in the Rockies. Eight litres of it is compressed into a small canister, which comes with a plastic mask.

‘We want to provide our customers with value,’ says Lam, whose product costs about £14.50. ‘But we want to ensure they enjoy not just one breath of fresh air, but multiple breaths of it. With that mask, our customers are able to enjoy that air delivered straight to your face, while ensuring pollution stays out of the way.’

When I try it I get a jet of dry air. ‘It should smell lightly of pine trees,’ Lam tells me. Maybe. To me, it’s mostly, well, air.

The label states: ‘This product is designed for enhancement and recreational use only’, hinting it may have a beneficial effect.

‘We don’t want to dive too deep into medical benefits, because we’re not a medical company,’ says Lam carefully.

‘It’s about experiences. I don’t want to say if you breathe our air you’ll have better digestion, better blood flow. Customers can Google that.’

He adds: ‘I can’t talk about the benefits of fresh air, but let’s talk about the dangers of being in a polluted city. I think 1.6 million people die prematurely due to air pollution alone. If we’re able to share the experience of fresh air with some of our customers, that makes us happy.’

In fact, the World Health Organisation says up to seven million people die each year from pollution. But could breathing in eight litres of fresh air in a polluted city make any difference? 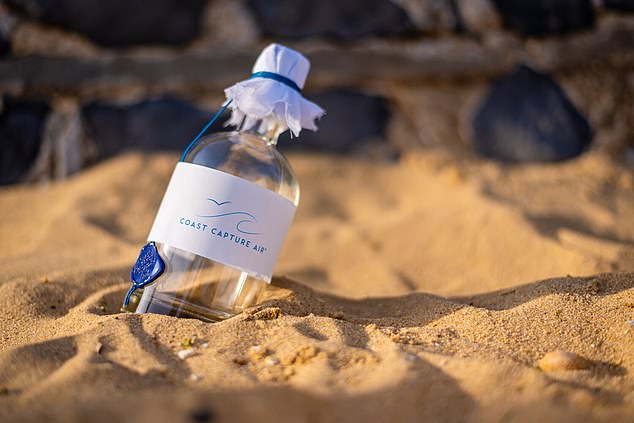 The British Lung Foundation says the amount of air we use can vary from just a few litres a minute when resting, to more than 100 litres a minute if we’re exercising. So eight litres isn’t a meaningful amount. Even Lam concedes: ‘Our product is eight litres in a bottle and most humans average about 11,000 litres of air in a day.’

One of his rivals is Joe Dichiera, who set up Ozi Air in Australia in 2018. Dichiera claims his compressed air cans have no medical benefits, but does suggest they can make a difference if you live in a polluted city.

‘Good-quality fresh air is good for the body and we’re selling it as a good health supplement,’ he says. You will, at most, get two minutes’ worth out of it.

‘What we can say is that those two minutes . . . [are] certainly an experience. Yes, you will have 23 hours and 58 minutes of your day that you will be breathing polluted air, so you have to see it in proportion to that.’

His air, which comes from the Australian Outback, costs around £13.50 for an eight-litre bottle and is clearly aimed primarily at the Chinese market.

Asia is mainly where these products are sold. ‘It’s part of the gift market,’ says Leo De Watts, 32, founder of British-air brand Aethaer. ‘Fresh, clean air is so rare in a lot of these places.’

His air is ‘harvested’ using the sort of nets used by children for crabbing, and put into 580ml Kilner jars. He gets the air from Dorset, Wales and Wiltshire. Netting is plainly a stunt.

‘If we just left the jars open and let them fill with air, it would be a bit tricky to charge the amount we do,’ he admits. He charges 980 Hong Kong dollars, or £92, and compares his product to ‘the craftsmanship at Louis Vuitton’.

He insists the ‘high-net-worth individuals’ in Beijing and Hong Kong who buy it are not mugs, but people who do so for the symbolism of owning clean air.

There’s no doubt that pollution is a great menace, but I am not sure that shipping bottled clean air halfway around the world is really the answer.

De Watts insists, though, it is proof that the UK can still punch above its weight, in one area at least. ‘What we forget in this country is how strong Brand GB is in the rest of the world.’ 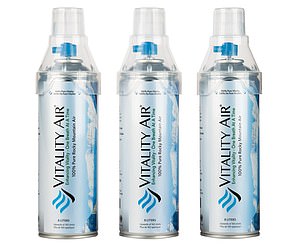 A canist er containing eight litres of compressed, ‘100 per cent pure Rocky Mountain Air’ from Canada, plus a plastic mask. 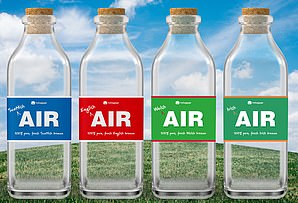 A 500ml glass bottle (with cork stopper) of ‘fresh air collected by hand’ from the Yorkshire Dales. The company also sells bottled air from Scotland, Wales and Ireland. 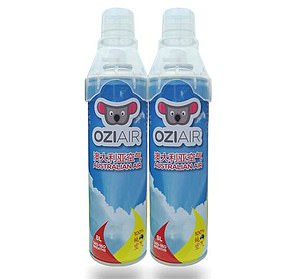 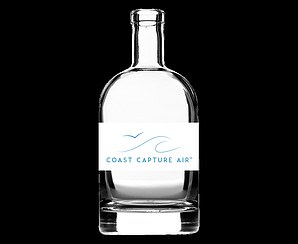 A 700ml glass bottle sealed with blue wax and filled with British coastal air from locations including Devon and Suffolk. 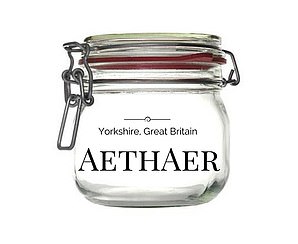 The name is derived from the Ancient Greek word for pure, fresh air, which is what the company claims to deliver in its 580ml Kilner jars. The air is ‘harvested’ with nets from countryside locations such as Dorset, Yorkshire and Wales.