Has TOWIE star Liam ‘Gatsby’ Blackwell split from his girlfriend? Here’s everything you need to know 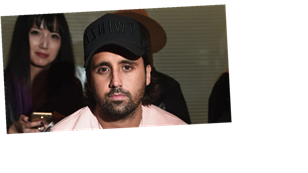 The cheeky chap, who has become a staple part of the show, has the name ‘Gatsby’ for a reason.

Yes, if you think it eludes to the fact that he lives a luxurious lifestyle then you’re correct. In fact, the 32 year old has already entered retirement – say what?

But who is Gatsby dating? Well, the reality star introduced TOWIE fans to his new girlfriend during the Christmas special.

After dating for one month, the star asked her to be his girlfriend and fans were over the moon.

However it seems Gatsby is now single again after hints on Instagram, so has he split from his other half? Let’s take a look…

Has TOWIE star Gatsby split from his girlfriend?

During an Instagram Q&A, Gatsby was asked which of his TOWIE co-stars he fancies the most.

He returned the reply: “To be fair there's… I think there are a few girls that I've got my eye on, for sure. You'll have to find out".

And if we’re waiting to see who Gatsby will have romantic feelings for then it could suggest he and Sophie are no more.

Gatsby used to be a professional footballer before appearing on hit show TOWIE.

He once revealed to Metro: “I used to play football for West Ham United, when I was younger, but I lost interest and gave footie up to go out partying.

“I wish I’d carried on though – I could be a top player now!”

As well as football, Gatsby is partial to rapping and has ‘music’ written in his Instagram bio.

Yet it’s business where Gatsby’s talents mainly lie and, like his friend Tommy Mallett, it seems the star has his fingers in a few pies.

According to The Sun in 2018, Gatsby is “reportedly worth millions.”

They said: “The reality star made his money as a real estate broker and he’s been a business partner for the London Dermatology Centre for the last six years.”

Companies House listed Gatsby as the director of a company named ‘Stay Famous Limited’ in 2019, but this has since been dissolved.

As a result of all of this, Metro have reported that the 30 year old is worth an estimated £2 million, in 2019.