Heartache of being a FaceTime father

Heartache of being a FaceTime father: Like many divorced parents, he’s facing months away from his beloved daughters, and it’s agony

My youngest daughter, Madeleine, turned 21 back in March, just managing to celebrate before fear and social distancing became the new normal.

It was a joyful affair; lots of prosecco and loud music. The kids dressed up in ‘goth glam’ clobber, as per the strict dress code. After some embarrassing dad dancing I left at midnight . . . but the party went on until 4am.

Fast-forward to mid-April, and my elder daughter Lauren’s 26th was a rather sombre event. For me, anyway.

She is confined to her small flat in West London, which she shares with her boyfriend, just a mile from the compact first-floor rental apartment where I normally spend part of the working week. 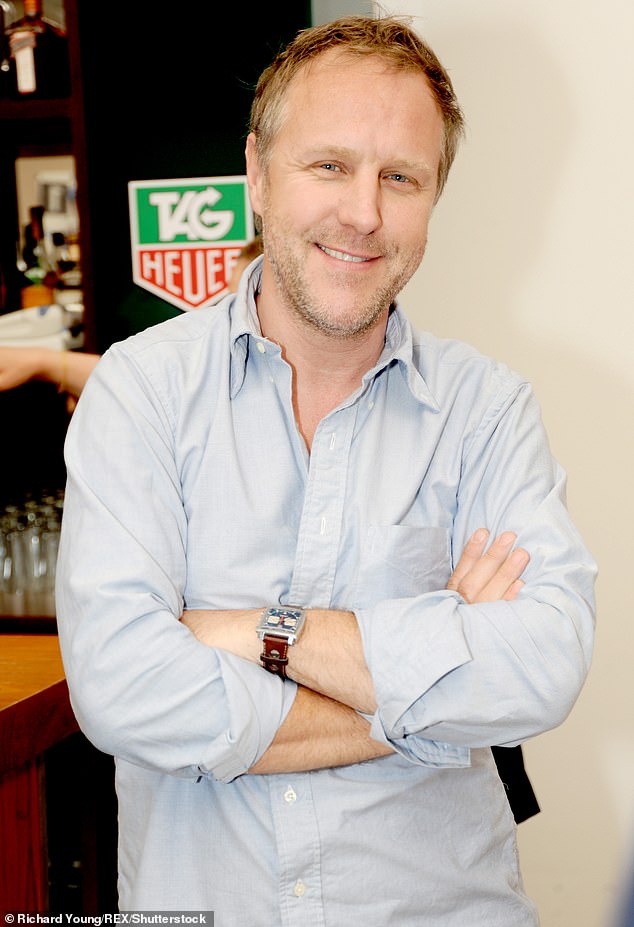 Simon Mills (pictured) who lives in Oxfordshire, revealed being separated from his daughters during lockdown is tougher than he had expected

My girlfriend and I are 70 miles away in my (still tiny) home in the Oxfordshire countryside, where there are fewer people, more space and a garden for the dog. But, of course, no family. Seventy miles may as well be 7,000 miles.

I mailed Lauren a card, but it arrived a few days late. I ordered a present online but it still hasn’t been delivered. I considered making a — yes, I know, probably non-essential but it felt important — trip up to London just to do a drive-by birthday visit, possibly even air-clinking a non-alcoholic flute of fizz through the window as I passed by.

In the end I took to my smartphone and video called her little birthday dinner with her boyfriend, happy, dancing, drinking, all dressed up with nowhere to go. And I felt . . . sad.

It is a heart-breaking state of affairs. I’ve never missed one of my girls’ birthdays.

Even through my divorce and a busy career, I’d been there for all 46 of them.

Yes, I know it’s no great hardship in the grand scheme of things — luckily the three of us are all still unaffected by Covid-19 — but I am finding separation a lot tougher than I’d expected.

Will we ever get back to normal? In my darkest moments I fear that the coronavirus could be similar to the early days of my divorce back in 2014 when, because I was living apart from my girls, my status as a father fell into a kind of blunted inertia and irrelevance. 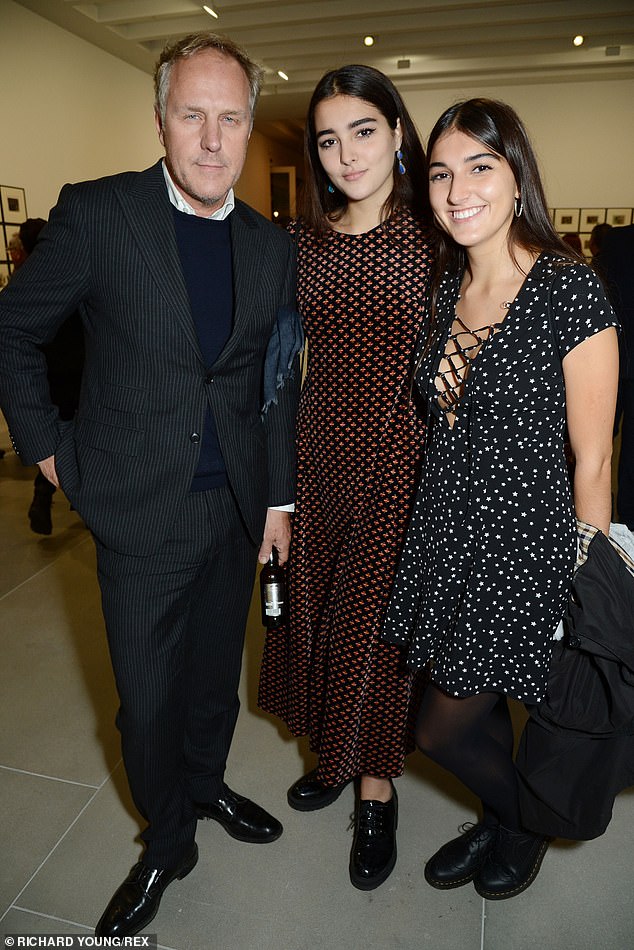 Simon said in his darkest moments, he fears that the coronavirus could be similar to the early days of his divorce back in 2014. Pictured: Simon with Lauren and Madeleine

Back then, I was in a constant state of grief because I couldn’t be my children’s confidant or comfort — I simply wasn’t there with them. I missed out on moments of crisis and joy. My help and advice, my love, just not in the room any more.

In helpless, desperate increments, I became peripheral and distant, a father by appointment.

These days, thank goodness, my girls and I are emotionally and geographically close (my youngest daughter lives in the basement at her mum’s house, also only a mile away).

Even though we are all adults now, we still see each other sometimes three times a week. Pizza lunches, art galleries, cinema, shopping excursions, weekends in the country. We speak every other day.

Now, though, not so much. The worst thing is I actually chose to move far away before the official lockdown started, having been feeling scared and paranoid about the whole situation. I had to face up to the fact that I am in the high-risk category. I’m in my mid-50s and on medication for high blood pressure. Not isolating just wasn’t an option.

A farewell walk was arranged in the park, our goodbyes given via the bumping elbows technique that was still acceptable in those less draconian days. 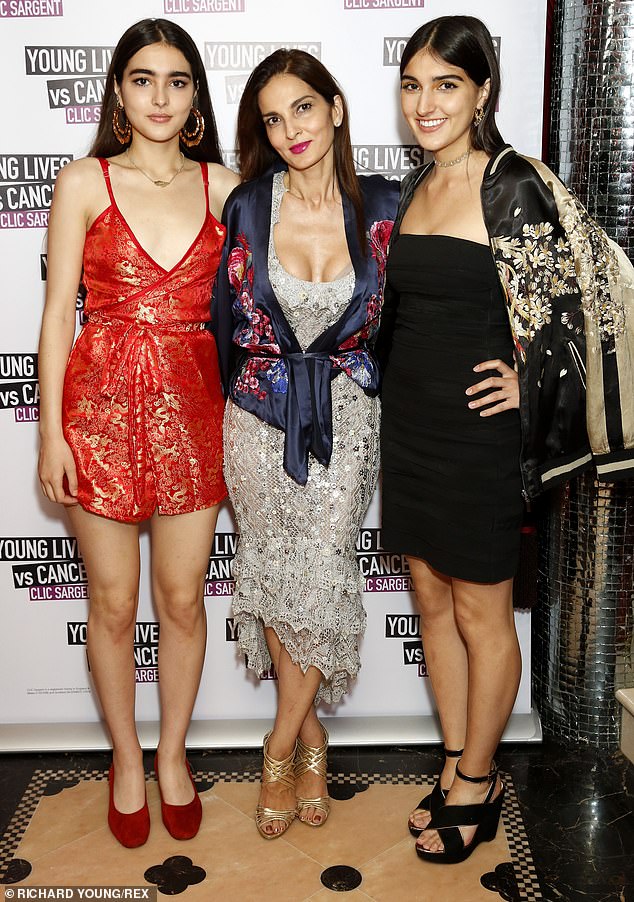 Simon revealed he had a little cry when he turned to leave his children after having a farewell walk in the park. Pictured left to right: Madeleine, Yasmin and Lauren

It was an odd, unaffectionate and unsatisfactory way to leave, nothing like the usual big hugs and kisses.

I allowed myself a little cry as I turned to go. My jet black schnoodle (schnauzer and poodle mix) Wilma, who loves my two girls, was even more confused. She stood completely still on the park’s path, rooted to the spot half-way between us as we walked in opposite directions — not knowing who to run to.

I was similarly conflicted, torn between sound medical advice (admittedly gleaned from the internet, the omnipresent, rolling news feed on the TV and hysterical social media posts) and an over-riding paternal yearning.

The sensible side of my brain told me I was proceeding in a morally correct and socially responsible manner, while a louder, catastrophising voice was certain that I had already caught the virus, probably at the airport on my recent work trip, and passed it on to my children, and that I would die in bucolic isolation with only a half-watched boxset of Better Call Saul for company.

How long will I be apart from my girls? Who knows? Could be two months, could be six months. Certainly, this is different from, say, a university calendar divided up into parent-friendly long weekends and even longer holidays.

Now, six weeks in, it seems crazy that I didn’t do the maths, didn’t legislate for long days and meaningless weekends, the sheer amount of time we’d have to be apart, and how hard it would be.

Quickly, once all the food had been debagged and stored, the house cleaned from top to bottom and Netflix fired up, isolation played out like an open-ended prison sentence. But, as I said to my girlfriend, you are at least granted face-to-face visits from your kids when you are doing a stretch in Wormwood Scrubs or Pentonville. Holed up at the cottage, I soon began to feel like a cross between a grouchy Ronnie Barker in Porridge, an exasperated Victor Meldrew in One Foot In The Grave, and a borderline psychopathic Jack Nicholson in The Shining.

As Covid-19 continues to do its level best to extend our separation, I’ve found myself watching my girls’ locked down lives on social media — fooling around for the camera with their respective boyfriends back in their London flats — and making an extra special effort to do something truly drastic, something I have never done before: switch on my laptop’s camera, get down with FaceTime, make friends with an app called Zoom.

I am, you see, a stubborn Luddite and the kind of late-adopting technophobe who still owns a VHS player. I am not a natural social media type; I hate having my photo taken, and shy away from group shots and videos.

Honestly, I have never (knowingly) taken a selfie. My children complain that they have no photos of me that are not at least a decade old. 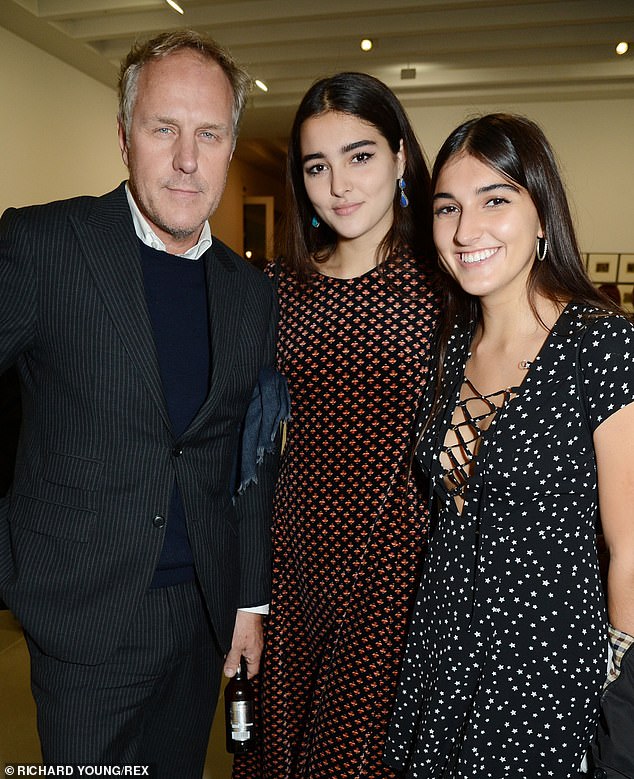 Simon said communication with his daughters has been even more frequent than normal. Pictured: Simon with Lauren and Madeleine

So how am I coping? My salvation now lies in technology; in the fact that after a hard day of doing mostly nothing, I prop up the iPhone against some books, put on a nice clean jumper, light a fire for a bit of atmosphere, make sure my dog is in shot, disable the smartphone’s window facility that displays a mirror image of my own ageing, blowsy, unshaven face, ensure I am on landscape not portrait mode and talk to my girls. About . . . not much, really.

The minutiae of our days has become essential subject matter; I bang on about gardening, painting the front door, the odd visit to the shops. They tell me what they have cooked, the cocktail they have just invented, the shows they’ve binge-watched.

They are being good — communication is regular, maybe even more frequent than normal. It’s also genuine, unforced and non-obligational. (I think they genuinely want to know how I am!)

Laurie or Maddie’s face pops up on to my screen, and my stomach turns over with longing. But while it’s tempting to feel sorry for myself, I know my girls, isolated in town, are suffering far more than me in the country.

Our social expectations are pretty low at the best of times, so being on our own for a while is not so bad.

But for my kids, this is hard. With their whole lives revolving around a busy social schedule — parties, pubs, bars, clubs, weekends away etc — they are missing life itself.

I think they might even miss their Dad a little bit, too.