HENRY DEEDES: We MUST save our bonking cads and bounders!

We MUST save our bonking cads and bounders! As a survey finds today’s young can’t grasp some of our juiciest slang words, a plea from wicked wordsmith HENRY DEEDES

Not so long ago at a tweedy dinner in deepest Gloucestershire, I found myself perched next to a much decorated (though now sadly departed) Rear Admiral.

Sweet old boy he was. Deaf as an adder from all those years of shellfire, naturally, but the grey cells were all functioning, and his rheumy eyes still finely attuned to any approaching females.

As after dinner snifters were poured, he requested a snort of crème de menthe, a drink which, against his better judgment, he’d grown fond of during his Navy days.

As the old war hero knocked back this unappealing-looking firewater with one long swig, his face suddenly flushed as red as a lollipop. His ears flapped and nostrils flared, while his Adam’s apple broke into a triple salchow figure-skating jump.

Then, just as I thought we might have to scamper for the nearest defibrillator, the Admiral smeared a broad grin across his face and proclaimed, sotto voce: ‘YEEEOWWZERRSS’!’ 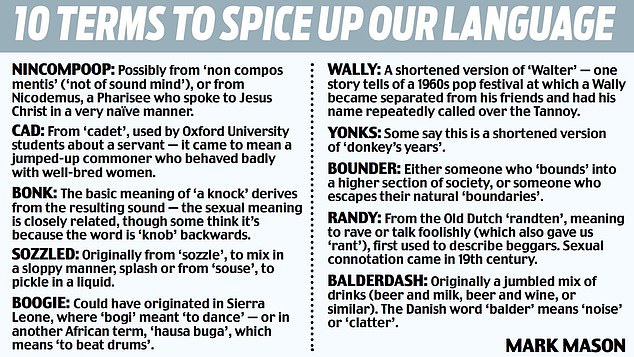 How could bonk go out of fashion? It’s such a brilliantly inoffensive word. In one fell swoop, it renders an awkward topic immediately amusing

Naturally, the whole table collapsed into howls of uncontrollable laughter.

Yowzers! Such a wonderful exclamation, no? So much more charming than ‘drat’. So much less alarming than a ‘darn it’ or a ‘damn.’ It’s almost as good as a well-placed ‘gadzooks’!

Not that you hear either word much these days. Sadly, such sparkling gems are not alone in quietly fading from our increasingly cloying vernacular. According to a recent survey, there are a number of words, once common to you or I, which those under 30 claim to have never heard.

The results, I fear, make for particularly depressing reading for Jilly Cooper fans. Two of the words highlighted for extinction were ‘bonk’ and ‘cad’, both of which have become synonymous with Jilly’s saucy literary oeuvre.

And to think, when no teenage school dormitory was ever without a well-thumbed copy of Jilly’s classic, Riders, its yellowing pages dog-eared on all the raunchy bits. Today’s lot are probably all reading Nietzsche.

How could bonk go out of fashion? It’s such a brilliantly inoffensive word. In one fell swoop, it renders an awkward topic immediately amusing. Probably why we British invented it. One dreads to think what today’s yoof use in its stead.

As for cad — forever associated with Jilly’s brutish womaniser Rupert Campbell-Black — I suppose those floppy-fringed boy-scoundrels (or sad old roués as I suppose they are now) have simply had their day.

I fear the cad’s demise is a growing trend among iffy male specimens. After all, we have heard little noise lately out of the ‘bounder’ one associates with raffish Terry-Thomas types, garish cravats and neatly tweezered moustaches. 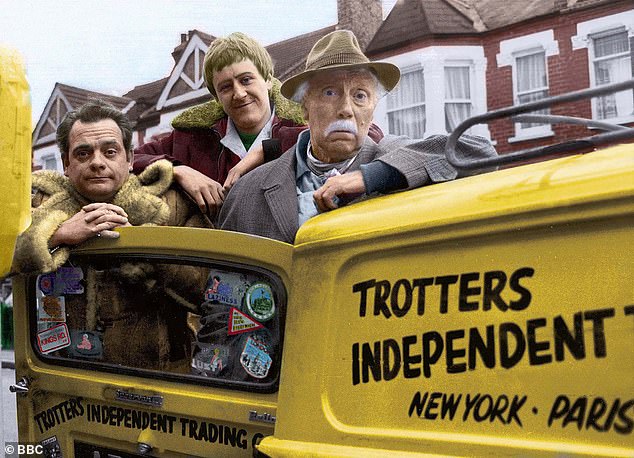 Even that old British character, the ‘wally’ seems to have joined the endangered species list. ‘Wally’ was a word used a lot by Del Boy in Only Fools And Horses

Rascals, rotters, or — my personal favourite — the rapscallion. What happened to all of them? Joined the dodos one assumes. You don’t hear of many ‘twerps’ these days either. Or of many ‘pillocks’.

Even that old British character, the ‘wally’ seems to have joined the endangered species list. I’ve always had a great affection for the wally. A harmless creature devoid of malice, they float — or rather crash — through life blissfully unaware of their own absurdity. Switch on your TV this morning, and you’ll find all those chat show sofas laden with them. And yet we never hear them mentioned any more.

Of particular mystery is that only 40 per cent of people questioned in this survey were aware the word ‘sozzled’ meant worse for wear. Extraordinary. ‘Groggy’, ‘tipsy’, ‘boozed-up’: no other word goes even half the way to describing so perfectly someone who has drastically overdone it with the sauce.Half the joy of it is that it is almost onomatopoeic; it actually sounds like that strange gurgling noise that comes out of an old soak’s mouth. Should you ever find yourself walking past the benches in Soho Square of a Friday evening, you’ll see what I mean.

Part of me feels a slight pang of disappointment such pearls are not being passed down the ages. As the parliamentary sketch writer for this paper, I’m always on the hunt for fun, zesty adjectives to enliven what can be a staid place full of some dreary souls.

There is, after all, a limited number of times you can describe another pallid performance by Sir Keir Starmer at the despatch box as ‘forensic’. 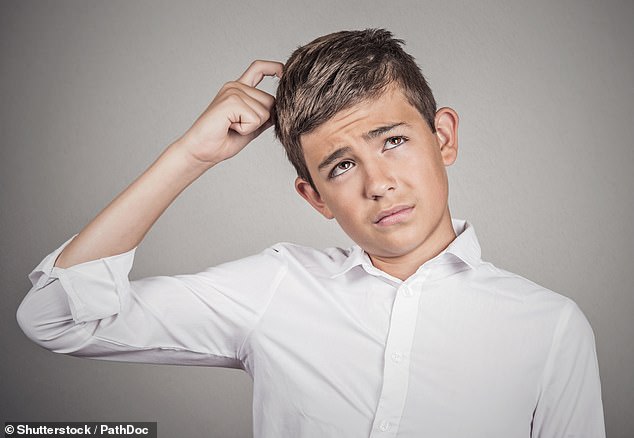 Cricketing metaphors, once commonplace in everyday language, are now a rarity (file photo)

In fact, I actively dredge bookshelves for idiosyncratic words or phrases, which are long due a rebirth. Waugh, Wodehouse, Crompton — take your pick. Times change of course, as do habits. I’m not sure anyone even carries a handkerchief any more, let alone refers to one as that. Worrying in itself during these germ-phobic times.

You don’t hear of many ‘waste paper baskets’ any more. Only bins. I was quite surprised to hear Joanna Lumley on Andrew Marr’s Sunday morning programme last year referring to a ‘lavatory’. I dare say many younger viewers hadn’t the slightest idea what she was on about. But a more pleasant word than the horrid ‘loo’ or ‘toilet’?

Perhaps much of this change in language can be ascribed to today’s youth looking increasingly across the pond towards America, with their glossy films and vastly superior TV dramas. Since young people today tend to get most of their television from streaming devices such as Amazon or Netflix, this isn’t surprising.

Cricketing metaphors, once commonplace in everyday language, are now a rarity. Time was when Englishmen would bemoan finding themselves on a ‘sticky wicket’ when in a fix. Or being ‘bowled a googly’, when met with some unexpected news. Nowadays not so much.

No, you’re far more likely to hear baseball expressions, even though its following in this country remains almost non-existent. Broadcasting folk endlessly discuss the need for someone to ‘step up to the plate’ or talk about people throwing a ‘curve ball’. Ugh! Nincompoops the lot of them, I say.