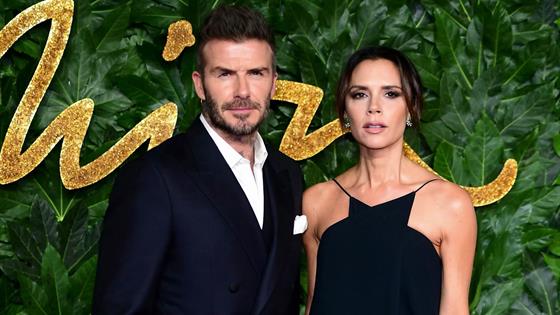 What good things cannot be said about this gem of a man? The British soccer player, father of four and husband to fashion designer Victoria Beckham is 45 years old today and we will take any excuse to profess our love and admiration for the Beckham family.

In fact, it only feels fitting to take a trip down memory lane and see how this beautiful family came to be!

The soccer player and Spice Girls singer met at a soccer game and dated for about a year before announcing their engagement in 1998. Over a year later, their eldest son Brooklyn Beckham was born.

The couple would later say “I Do”at Luttrellstown Castle in Dublin, Ireland. Talk about a fairy tale!

So much has changed over the years for the family with the arrival of three more kids and Victoria switching gears to create her eponymous fashion empire. But one thing that hasn’t changed about the birthday boy is that he is a true family man.

David is also a proud dad to Romeo, Cruz and Harper Beckham and from what we can tell from his Instagram, the fun and love is endless in the Beckham household!

Whether it’s weddings, soccer games or being front-row staples at Fashion Week, the family of four is always on the go.

For more visual representations of #couplegoals and a complete rewind of David and Victoria’s romance, scroll below! 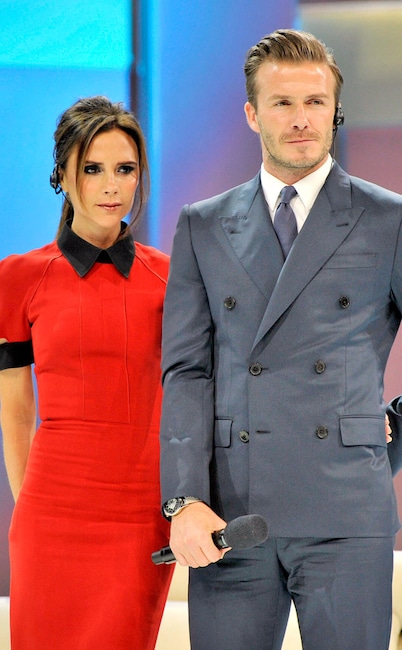 Back in 1999, David Beckham and Victoria Beckham exchanged vows in a castle outside of Dublin. Exclusive photos were sold to OK! Magazine for an undisclosed sum but the couple frequently shared wedding memories on their anniversaries. 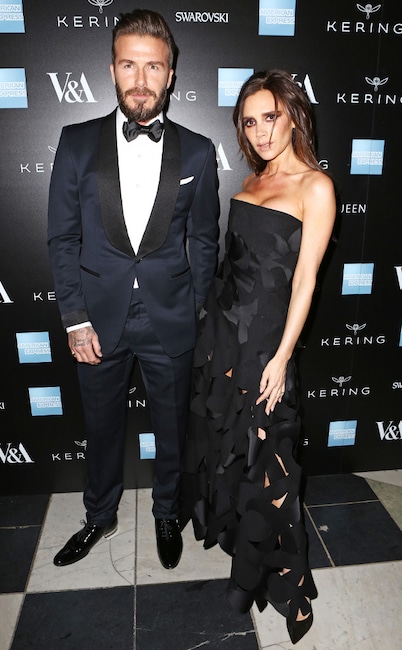 Sparks flew immediately between the pair.

“Completely love at first sight. He told me he went home and wrote my [telephone] number on so many other things in case he lost it,” Victoria shared with Elle. 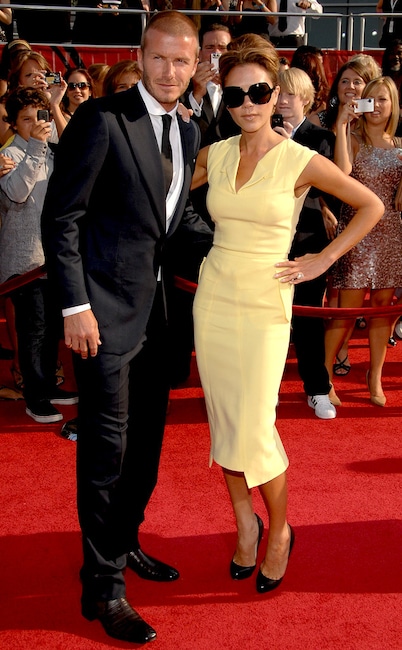 He’s a world-famous soccer player. She’s a member of the Spice Girls and fashion designer. Together, they always get cameras buzzing when they appear on red carpets such as the 2008 ESPY Awards. Spice Up Our Lives

The couple shares four children together including Brooklyn, Harper, Romeo and Cruz Beckham.

As the kids grew up in the public eye, both mom and dad always made family nights a priority such as the premiere of the Spice Girls musical Viva Forever in Central London on December 11, 2012. 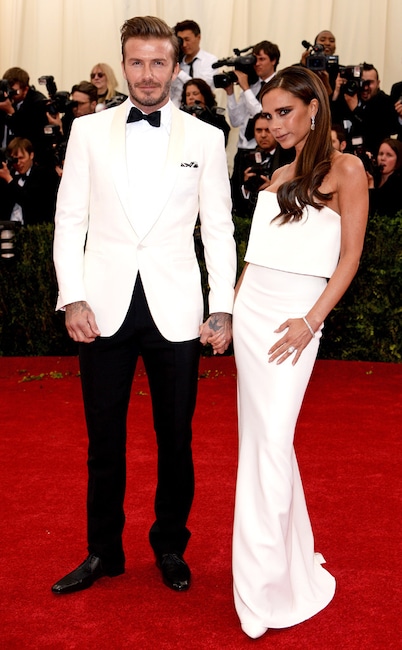 Despite four kids at home, this couple always makes time for date night. Rewind to the 2014 Met Gala when the pair showed up as the perfect match. 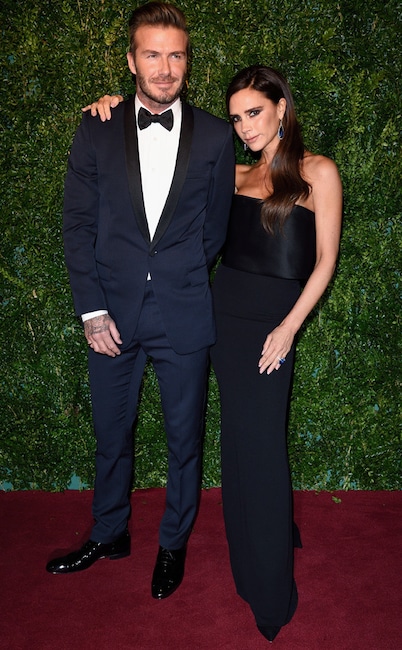 “Happy Anniversary to an amazing wife, mummy and strong business woman,” David shared in July 2017 when celebrating their 18th anniversary. And the Award Goes To…

From holidays and birthdays to award shows and anniversaries, these two make it a habit to celebrate life both on and off social media. “Love u so so much @davidbeckham x Thank u for making my birthday so special x The perfect day!! All 6 of us together x kisses x,” Victoria previously shared on her 2018 birthday. 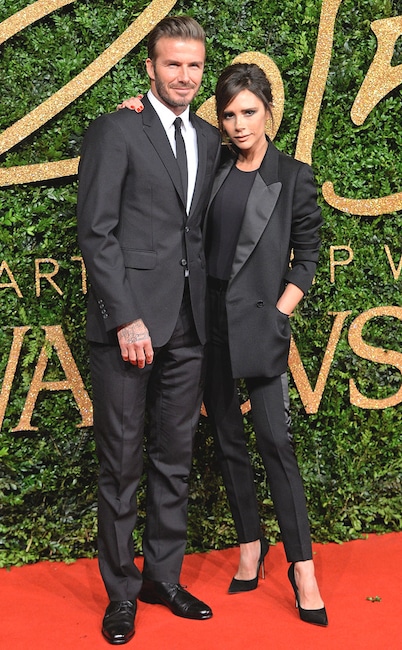 “We always make time for each other as a couple and as a family. David and I have nothing to prove,” the designer once told Grazia. “We love each other, look out for each other and are strong as both partners and parents.” 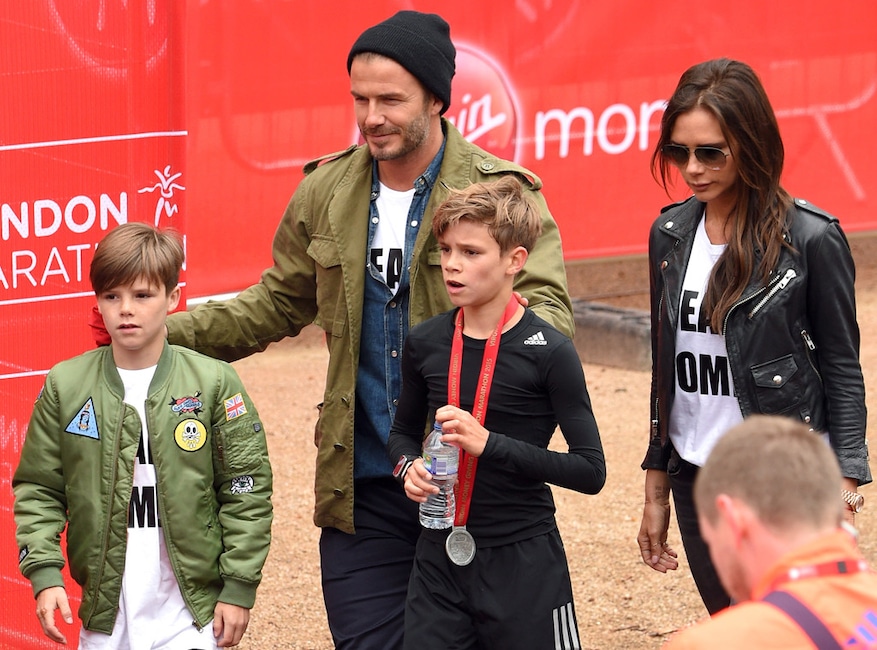 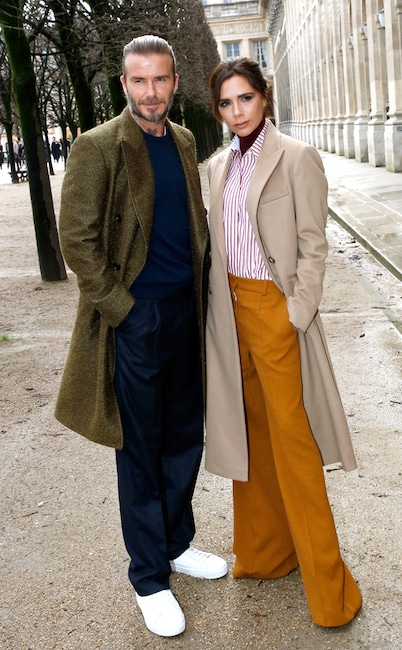 Back in January 2018, the couple showcased their love for fashion while attending a Louis Vuitton show as part of Paris Fashion Week. 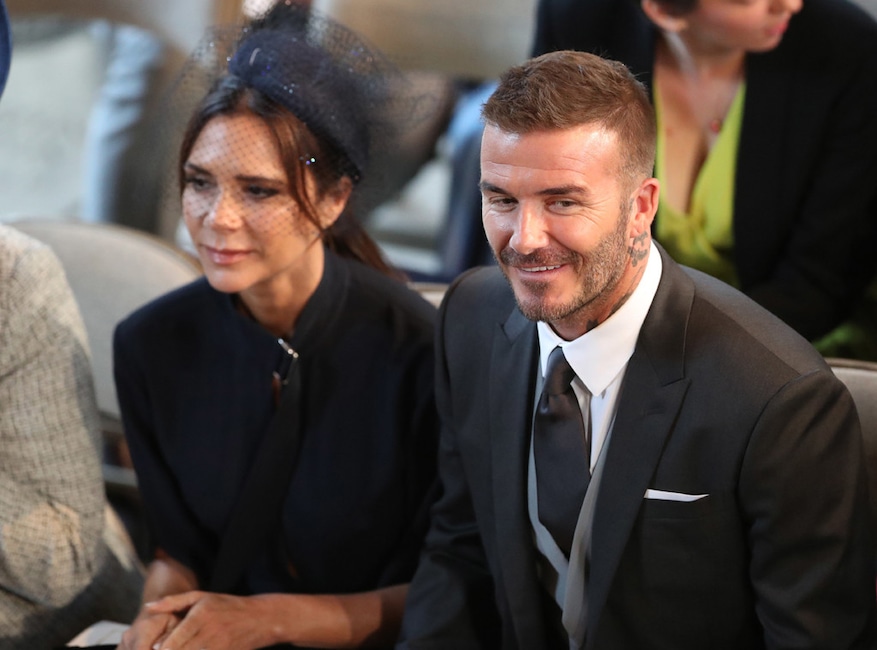 While Prince Harry and Meghan Markle received plenty of attention during the royal wedding, two famous guests also had heads turning for all the right reasons. 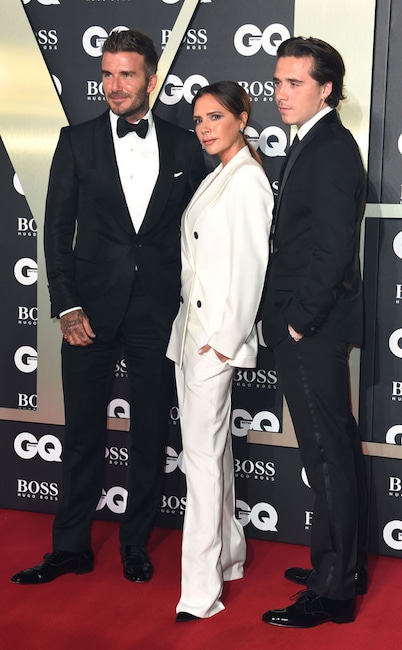 Watching the Beckhams grow up over the decades has been a joy, including seeing Brooklyn join his father at GQ’s Men of the Year Awards, where the two were practically twinning in their tailored suits. 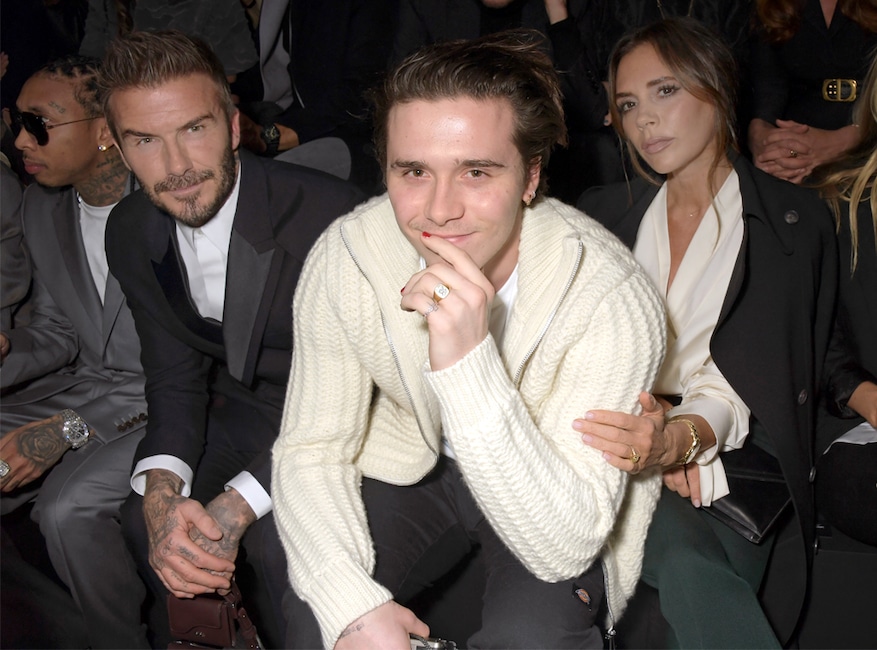 Victoria is known for her glam fashion—in fact, that is why the fashionista was the recipient of the Fashion Icon Award at the 2018 E! People’s Choice Awards. Perhaps seeing the family at events like Paris Fashion Week in 2020 makes perfect sense.

While we’re in the celebratory mood, check out all the Taurus celebs who are celebrating a birthday this month.