Hospitality workers reveal the most annoying examples of customers

Are YOU an annoying customer? Service industry workers reveal their pet peeves – from turning up with more people than you booked for to hovering while they clean tables

People who work in the service industry have reaveled the customer behaviour that leaves them fuming in a very eye-openinng online discussion.

A UK-based woman took to parenting forum Mumsnet to ask if others have had bad experiences with rude customers in hospitality and retail.

In her post, the woman outlined her pet peeves when it comes to annoying customers, from people who book a table of six and then show up in larger groups to people who sit at unset tables and complain about lack of cutlery.

Others shared their irritation at people who change the delivery date of a perishable item and then complain that it’s gone off, or say that they expected something to be ‘bigger’ when the measurements are clearly stated.

The poster kicked off the debate writing: ‘Somewhat lighthearted. Working in hospitality/retail, what things do customers do that really, really annoy you when you’re working?’ 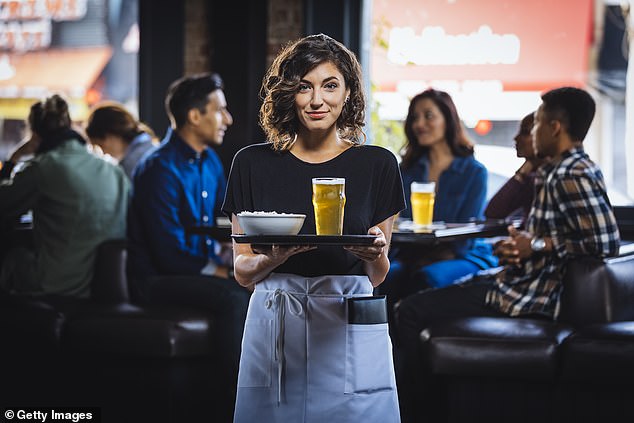 A hospitality worker has stirred a ‘lighthearted’ discussion online after asking ‘what things do customers do that really, really annoy you when you’re working?’ 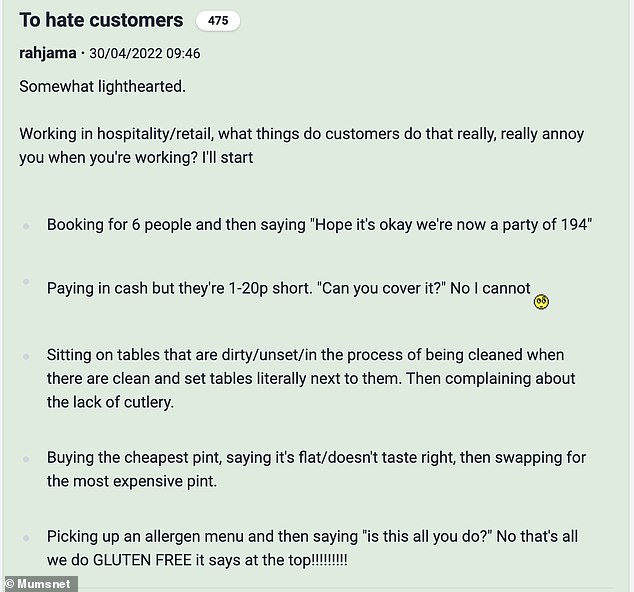 She started her joke by ranting about people who book a table for six and then say: ‘Hope it’s okay we’re now a party of 194.’

‘Sitting on tables that are dirty/unset/in the process of being cleaned when there are clean and set tables literally next to them,’ she continued. ‘Then complaining about the lack of cutlery.

‘Buying the cheapest pint, saying it’s flat/doesn’t taste right, then swapping for the most expensive pint. 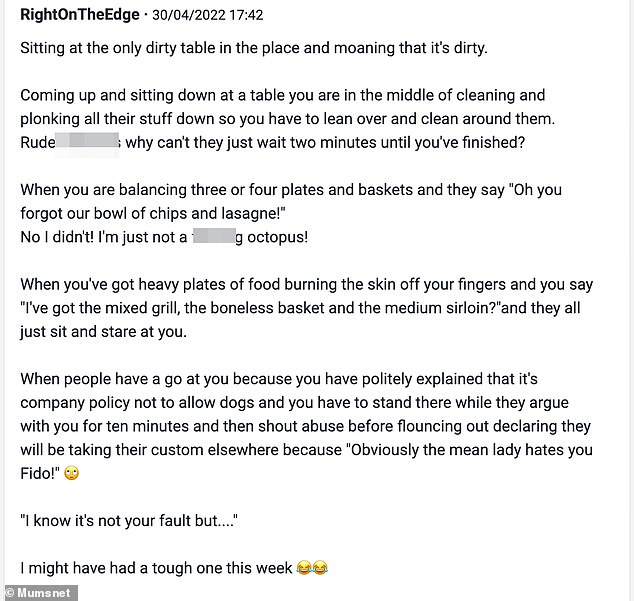 A flood of responses to the thread shared stories of annoying customers.

One person wrote: ”We’ve sneaked in and sat ourselves in an obscure corner of the restaurant and now we’re going to get mad at you because you haven’t been over to take our order.

‘A woman once yelled at me and said I was going to give her lung cancer because the table next to her had a dish that was a bit smoky.’

Another person shared: ‘Booked a table for four rocked up as a party of eight. Didn’t think they needed to mention they had four children. Lost their s**t when I told them I didn’t have a table for eight available.’

Another said that her pet peeve is when people pre order so they ‘won’t have to wait’ only to show up late and complain ‘that everything is cold.’

While another women fumed as she shared a list of irritating examples, including: ‘Sitting at the only dirty table in the place and moaning that it’s dirty.

‘Coming up and sitting down at a table you are in the middle of cleaning and plonking all their stuff down so you have to lean over and clean around them. Rude b*****ds why can’t they just wait two minutes until you’ve finished? 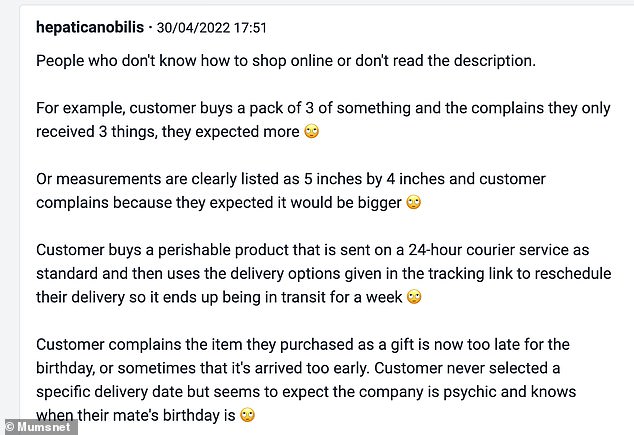 ‘When you are balancing three or four plates and baskets and they say “Oh you forgot our bowl of chips and lasagne!”

‘When you’ve got heavy plates of food burning the skin off your fingers and you say “I’ve got the mixed grill, the boneless basket and the medium sirloin?”and they all just sit and stare at you.

‘When people have a go at you because you have politely explained that it’s company policy not to allow dogs and you have to stand there while they argue with you for ten minutes and then shout abuse before flouncing out declaring they will be taking their custom elsewhere because “Obviously the mean lady hates you Fido!”.’

Another example was people who don’t know how to shop online and don’t read the item description and then complain.

Saying: ‘For example, customer buys a pack of three of something and the complains they only received three things, they expected more.

‘Or measurements are clearly listed as 5 inches by 4 inches and customer complains because they expected it would be bigger.

She continued: ‘Customer buys a perishable product that is sent on a 24-hour courier service as standard and then uses the delivery options given in the tracking link to reschedule their delivery so it ends up being in transit for a week.

‘Customer complains the item they purchased as a gift is now too late for the birthday, or sometimes that it’s arrived too early. Customer never selected a specific delivery date but seems to expect the company is psychic and knows when their mate’s birthday is.’

The original poster also added that people seem to lack simple manners such as saying ‘hello.’

‘Another one, when parents bring snacks for their young ones such as crisps/cake/raisins and then leave them ALL OVER THE FLOOR.’ 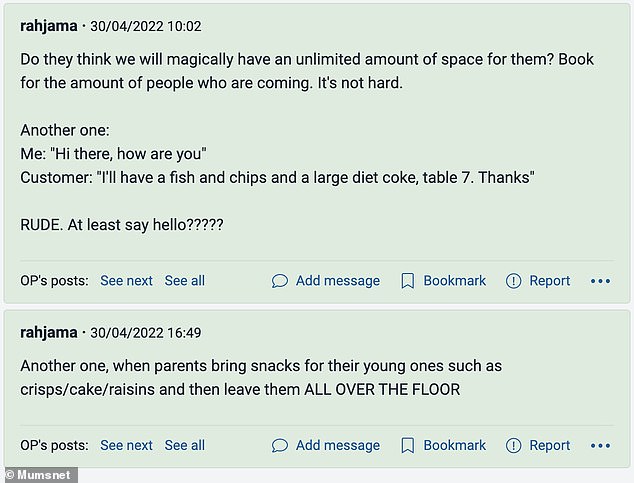