How I made £2,500 selling old crisps packets on eBay

AN eBay seller has made more than £2,500 by selling old empty crisp packets from the 1980s online.

Karen Chapman, 49, said she’s sold around 250 packets by auctioning them on eBay over the last few months. 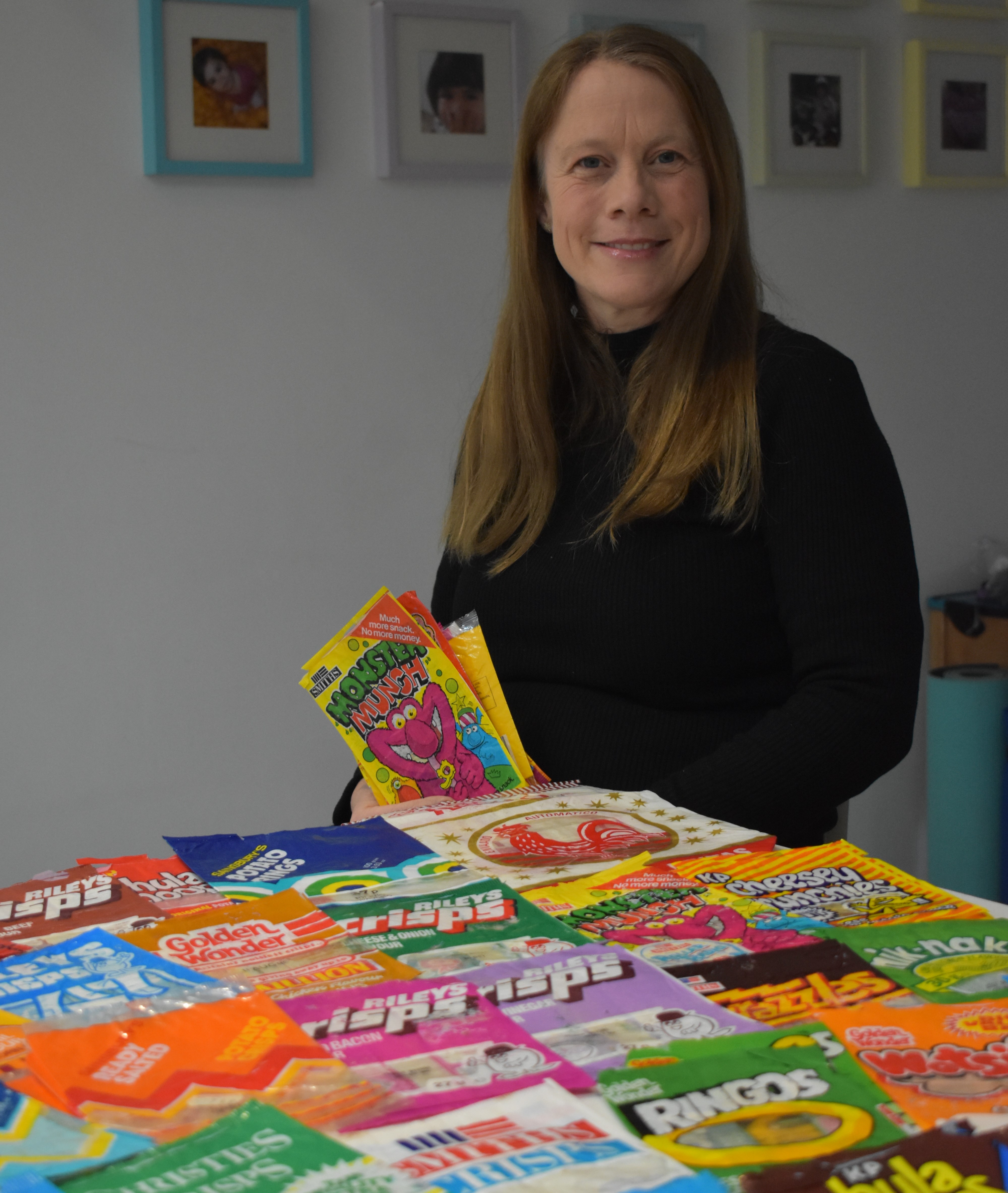 Chapman, who is from Surrey, told MoneySavingExpert (MSE) she made a total of £3,040, excluding postage costs, which came to a profit of around £2,575, after fees.

The 49-year-old, who started collecting crisp packets when she was 10-years-old in the 1980s, has now urged people to “check before they chuck,” saying one person’s rubbish can be another person’s treasure.

UK sellers have made almost 350 sales of old crisp packets on eBay in the last three months alone, according to MSE

But crisp packets are not the only pieces of vintage rubbish that people can make money from online. 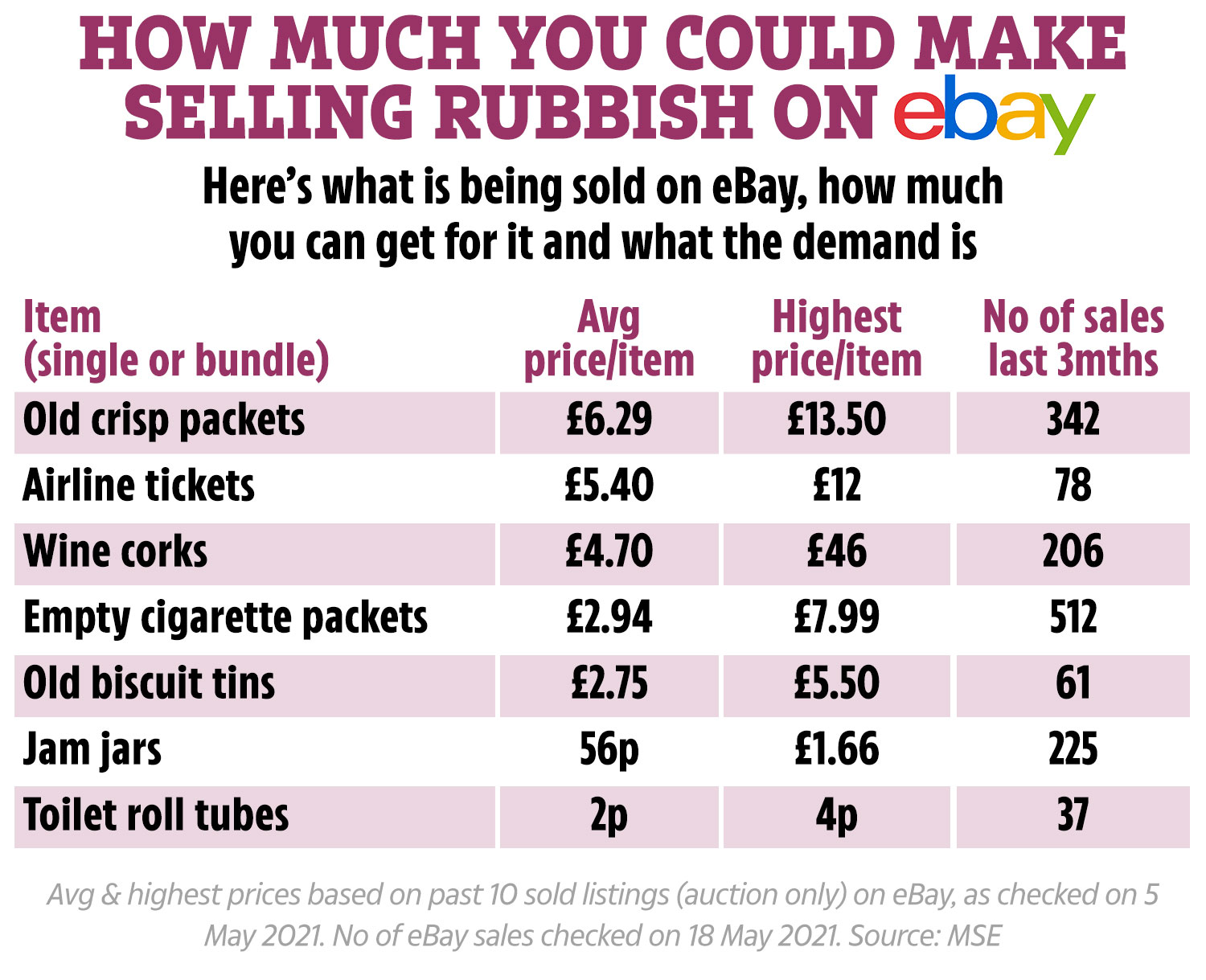 Buyers will spend money on all sorts of old packaging from old toilet roll tubes and empty jam jars.

Chapman told the Sun she is "thrilled and surprised" by how much she's earned from her old crisp packet collection.

She said: “It's been completely unexpected. It really never occurred to me that they would be worth anything. "

Chapman said she can't remember why she began keeping them as a child but recently found herself saddled with the entire collection when her parents' home was sold.

At first she thought about recycling the crisp bags, but then she checked eBay and saw that people were paying quite a bit of money for similar packets.

"I started putting them on in and people started buying them," she said.

"After I sold a few initially, I just thought it might be one or two people but then new buyers appeared and I thought: “Wow, there’s a lot of people buying these things.” 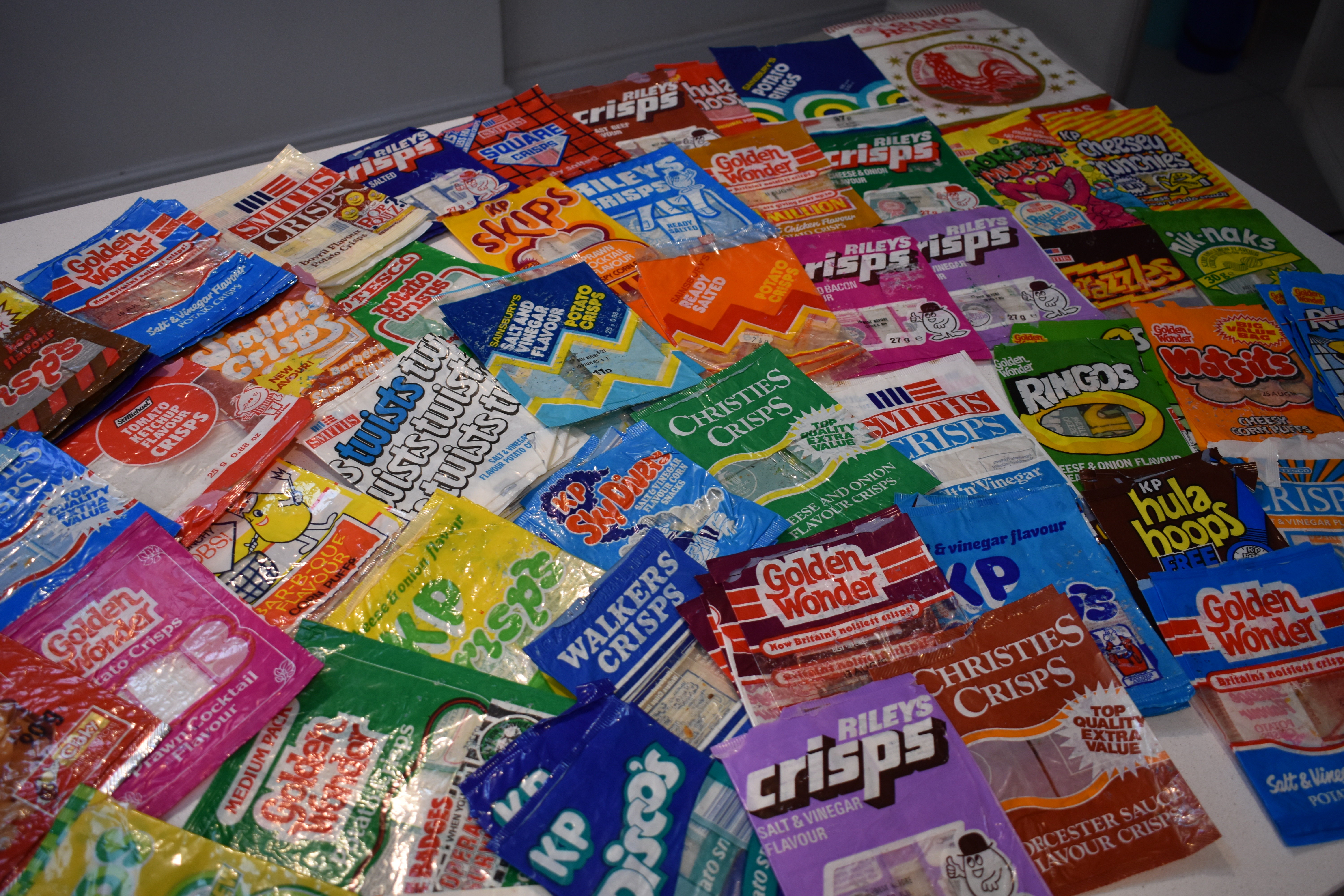 Since November, she has sold almost half her collection, which includes packets of Golden Wonder, Hula Hoops and Skips.

Chapman, who left her job as a travel consultant to spend more time with her family in January 2020, said the packets usually sell for between £10 and £30.

However, she sold a packet of Sky Divers, which 40 years ago cost just 6p, for an astonishing £173.

She's still got about 200 more packets to go and says they are continuing to sell well each week.

"I’m not sure what the interest is," she told the Sun. "Maybe it's a nostalgia thing but It’s just amazing what people will buy."

Chapman said she choses about 15 packets online each week, photographs them and edits descriptions she's used before to put them on eBay.

She said this takes her just over an hour a week but there's also the process of packaging them and sending them off when they sell.

"But it’s definitely not time consuming for the money they’re making," she said.

Sell individually, rather than in bulk

Chapman also told MSE that watching bids go up and guessing how much they'll gof for can be "really fun".

She is now encouraging people to check whether vintage rubbish they find at home to see if similar items might be selling well online.

Her advice is to sell items individually for the best prices rather than flogging them in bulk.

But if you choose to do this, you’ll have to factor in postage costs and the fact that eBay takes commission from all sales.

This means selling items individually is only worth it if you can flog them for a decent price.

It’s also important to note that Chapman's collection is nearly 40-years-old and you’ll unlikely be able to sell crisp packets or items of rubbish that were originally bought in shops recently.

Steve Nowottny, news and investigations editor at MSE, said: "It always hard to believe that you can make cold, hard cash selling what some people would simply chuck in the bin, but on eBay and other online sites, one person's rubbish really can be another's treasure.

"As Karen's inspiring story shows, you can make money from the sort of items you might otherwise throw away if having a clearout – examples include everything from football match programmes and odds and ends of wool to shirt buttons, pine cones and newspaper supplements, which sell particularly well to overseas fans when their favourite celeb is on the cover.

"Of course, not everything will sell, so the easiest way to get an idea of whether something's worth flogging is to check what similar items have already sold recently.

"Not all sites let you do this, but on eBay you can check what price previous listings have gone for by searching for an item, then selecting 'sold items' on the left-hand toolbar."

Elsewhere, a savvy shopper who never pays full price for ANY groceries reveals her best tips.

We've also put a together a guide on 13 ways to make money from home including cashback and watching TV.

Bargain hunters can find £1 offers from shops including Amazon and Boots using a free deals app.