But if your motor is damaged by a hole in the road, who is responsible for the damage and stress caused? Here's what you need to know about your rights and the claims process… 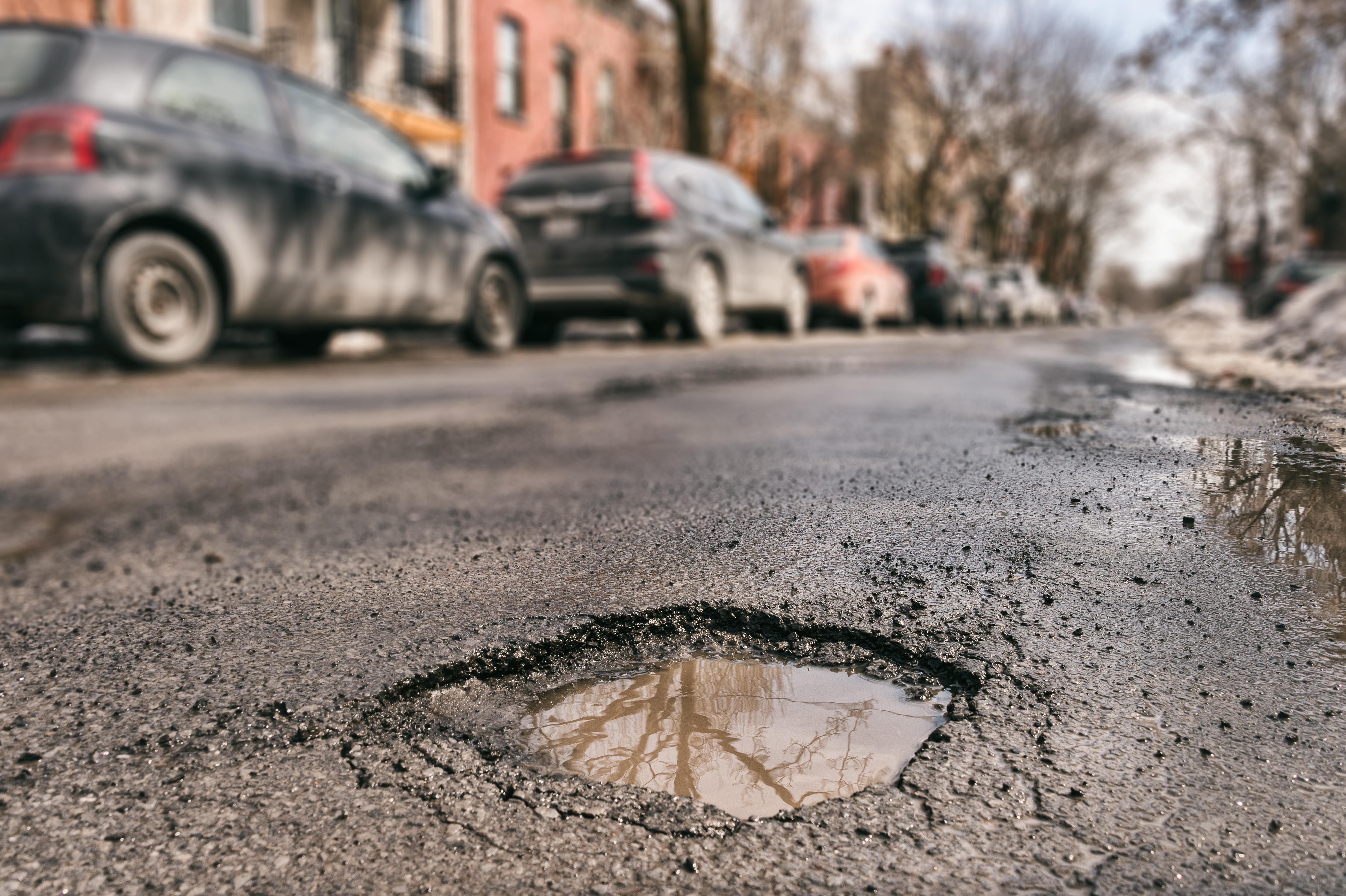 Potholes – the facts and figures

Latest figures from the Local Government Association estimates it would take 14 years to fill all the potholes across the UK – despite councils filling-in almost two million holes a year.

In 2016, more than one million potholes were recorded on UK roads, which caused more than £3 million in damage to vehicles.

Potholes are defined by their depth, otherwise they are considered to be a "carriageway defect."

And weirdly, whether you've hit a pothole or not, depends in what part of the country you're driving in.

Most councils have different depths by which they define a pothole, often leading to claims being contested.

Most use a minimum 40mm depth as their standard measure, which is about the same as two 20p coins stacked on top of each other.

Other councils have a minimum width, which can vary, but most say 300mm.

Who is responsible for pothole damage to my vehicle?

Responsibility generally lies with the local authority who have a responsibility to maintain all the roads in their area.

You may be able to claim compensation from these authorities if your vehicle suffers damage due to a pothole.

However, if the damage was caused by other debris on the road, you are not entitled to compensation, but you can make a claim with your car insurance provider.

England, Wales, Scotland: The local council for the road in question

How do I make a claim for damage and what are my rights?

It is important to have as much evidence as possible about the pothole and how much damage has been caused before making your claim.

If possible, measure the depth and width of the pothole and note its exact position in the road.

It is also a good idea to place a shoe or other object next to the hole before taking a photograph to act as an easy frame of reference.

Remember – if the incident happened on a motorway, you should not visit the site again or attempt to take any photographs – not only would this be incredibly dangerous, it is also illegal.

In your claim, you must note the time and date of the incident, a full description of what happened, any witnesses’ details, the exact location of the pothole in question, and all the damage to your vehicle with photographs.

Also include copies of all receipts relating to repair work.

While you might be able to claim for the cost of any repairs, it’s important to remember that the relevant highway authority does have a statutory defence.

They can’t be held responsible for a pothole they didn’t know about, either because it hadn’t been reported to them, or because it wasn’t picked up by them during their regular checks.

MoneySavingExpert.com's Martin Lewis says: "Authorities have a legal duty to maintain roads so they're safe for everyone to use. If they don't and your car is damaged, they should help pay the costs to repair it.

"It’s important to understand you can only claim anyway if the authority responsible for the road has been negligent.

"So if a cannon ball drops off a truck, causing a pothole which two minutes later damages your car, you’ve no right to claim – there’s nothing the authorities could’ve done to prevent that."

And whether or not you are making a claim, it is always best practice to report potholes to the relevant authority to ensure roads are kept safe for other drivers.

If your claim for compensation is rejected and you feel this was unfair, you still have the right to take the matter to a small claims court.

But only do this if you think you have a sure-fire win otherwise you may end up paying hefty court costs.