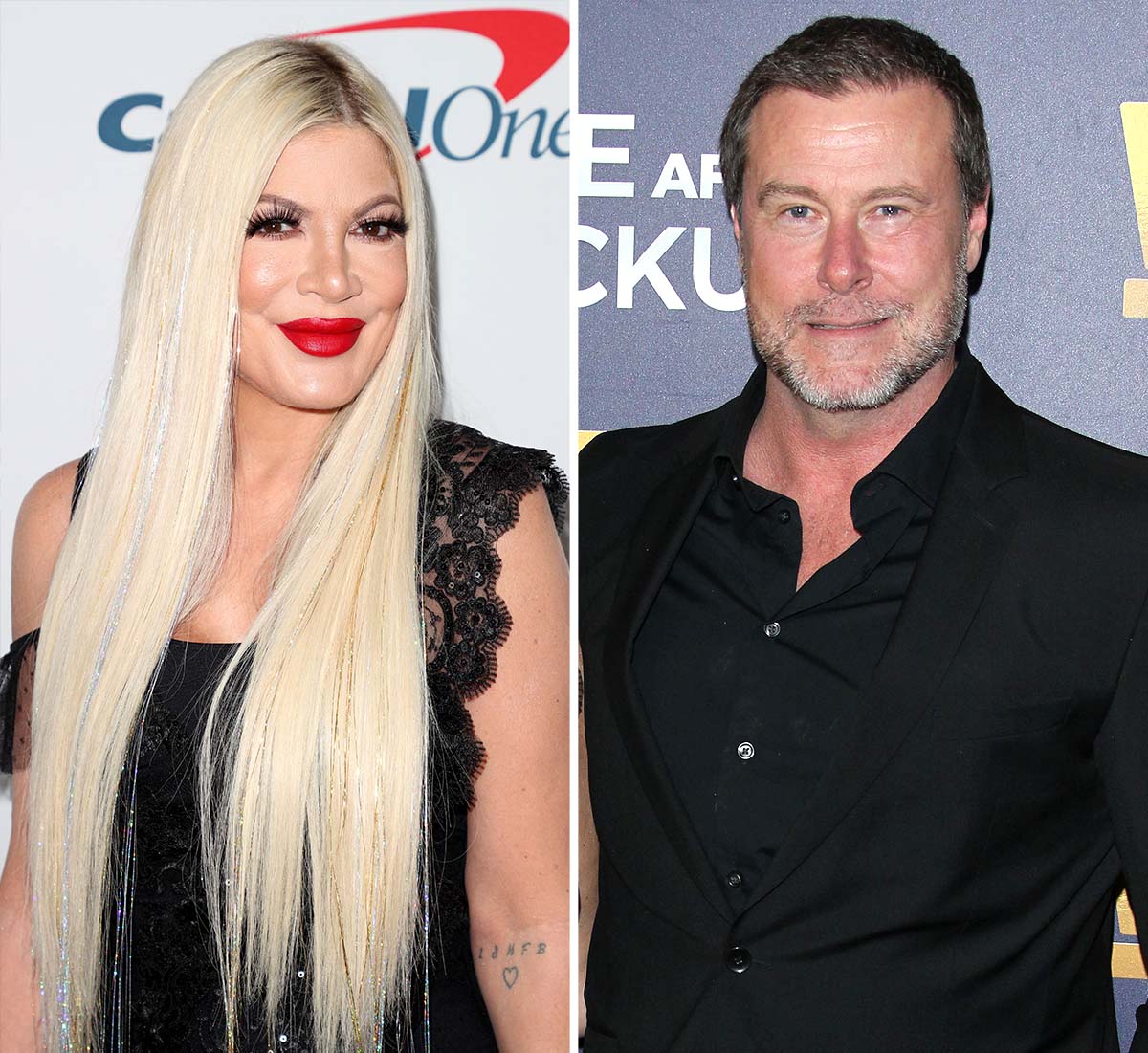 Home for the holidays! Tori Spelling and Dean McDermott put their kids first this Christmas amid rumors that their marriage is on the rocks.

“Tori and Dean spent Christmas as a family,” a source exclusively tells Us Weekly of the BH90210 alum, 48, and the Canada native, 55. “They were all under one roof celebrating together.”

“That’s what mattered the most to Tori and Dean, was making sure their kids had a nice holiday at home together,” the insider adds.

McDermott and the Messyness cohost, who tied the knot in Fiji in 2006, have kept fans guessing about their relationship status since the summer. In June, Spelling raised eyebrows when she confessed that she and the Slasher star were sleeping in separate bedrooms after he got back home from filming a project overseas.

Four months later, the speculation grew stronger after the Stori Telling author was photographed outside an attorney’s office holding a notepad that read “assets,” “support” and “custody.” At the time, a source exclusively told Us that Spelling “wants a divorce,” but the Scary Movie 2 star was hesitant to follow through.

“She feels trapped right now,” the insider noted in October, adding that the twosome “have tried counseling” and their kids “have no idea what’s going on.”

Later that month, the “90210MG” podcast host swiftly shut down a question about her marriage during an appearance on The Wendy Williams Show, getting visibly frustrating with guest host Whitney Cummings. “You know I’m not going to answer that,” Spelling fired back. (She did not appear to be wearing her wedding ring at the time.)

While neither the actress nor McDermott have directly addressed the rumors about their romance, a third source recently revealed that there’s “no trust” between the spouses. “It’s been building up over time,” the insider told Us in November, shortly before Spelling and the Chopped Canada host spent Thanksgiving together.

Earlier this month, the True Tori alum was pressed about what she had in mind for her husband’s Christmas gift — and expertly avoided providing a straight answer.

Getting Festive! How Celebs Celebrated Christmas 2021

“The kids are getting him something,” she said on SiriusXM’s Jeff Lewis Live, confirming that she would be “contributing” to the little ones’ holiday shopping fund.

The revelation came after eagle-eyed social media users noticed that McDermott’s name wasn’t part of Spelling’s festive stocking display. He was also noticeably absent from this year’s Christmas card, which was signed, “Xoxo, Tori & Family.” However, the actress was quick to clear the air.

“Fact: @imdeanmcdermott was filming his new feature film in Canada,” she replied in the comments of her Instagram upload last month.