I borrowed £4,500 from my partner and it was a huge mistake 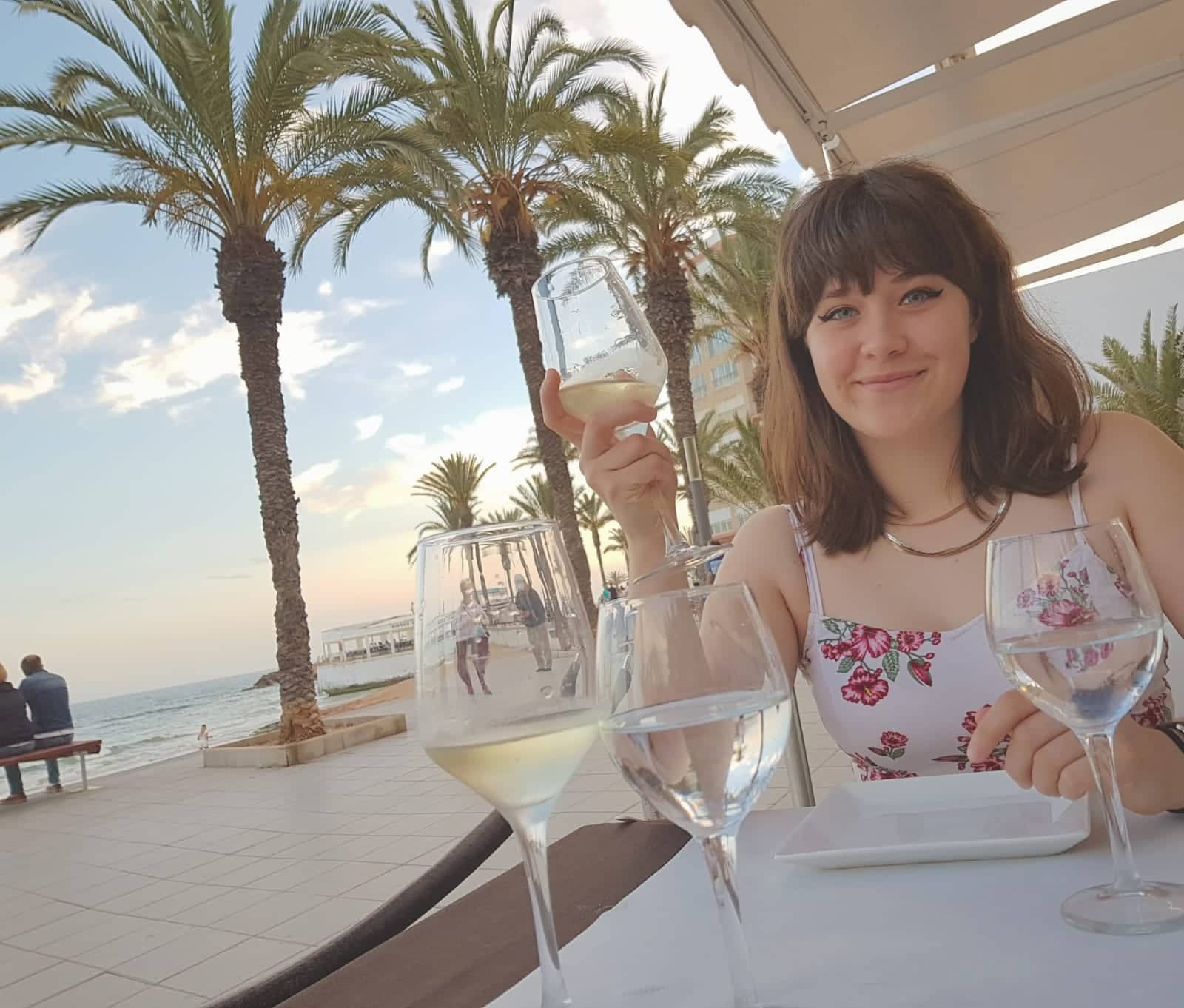 ‘You can’t put a price on fun,’ I told myself as I ordered one more drink at the Croatian beach bar.

It was early July 2018 and I was on my third holiday of the year, having finished university in May that year. I’d already gorged on red wine and steak on a surprise trip to Paris and stuffed myself with swordfish by the coast in Torrevieja, Spain.

I’d been waitressing part-time while I was studying, but my summer of fun was financed entirely by splurging the £4,500 sum my parents gave me towards the cost of my postgraduate journalism course that I was due to begin in only three months.

Looking back now, I can’t believe I was so financially reckless. But I’d just finished a three-year course at one of the world’s most prestigious universities – I felt like I deserved to treat myself. Besides, I was six months into a new relationship and we were revelling in that glorious honeymoon phase where you follow your heart over your head.

Once we returned home to Oxford, I moved into a one-bed flat with my boyfriend. Oxford is the third most expensive city to live in terms of how much rent takes up a worker’s salary outside of London and Brighton. After barely being able to cover my half of the rent and bills each month I quickly realised I wouldn’t be able to save another £4,500 in order to start my journalism course in October.

I couldn’t bring myself to defer my place, nor could I face telling my parents what I’d done with the cash they’d given me. I felt stupid for splurging it.

As my partner was four years older than me and had been living with his mum on a managerial salary, he had the means to loan me the £4,500 I needed — which he generously offered without hesitation. With relief, I accepted the money, not really understanding what doing so meant.

Psychotherapist Jack Worthy told me: ‘Whenever you borrow money in a romantic relationship, you create a second relationship. You’re no longer merely a couple. You’re also a lender and a debtor. And a lender and debtor have a different power dynamic than a couple has.’ 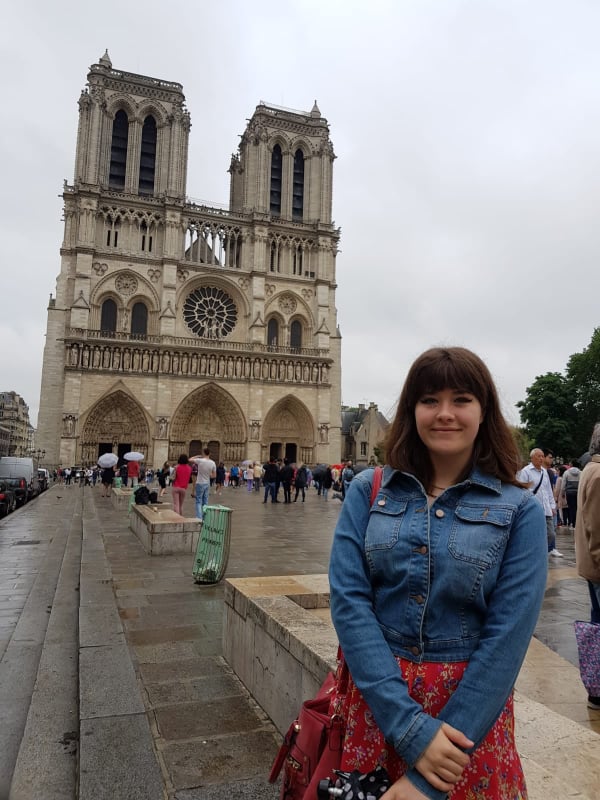 At the time, I had no understanding of just how complex the lender-debtor relationship dynamic can be – looking back now I wish I had recognised that subtle power imbalance, which definitely existed in my relationship.

My boyfriend rarely made me feel like a debtor, though; assuming that we were in the relationship for the long haul, as I did, he was in no rush for me to pay the money back. He never made me feel guilty about purchases such as new clothes or an underused gym membership. He repeatedly stressed that he would prefer to enjoy time with me rather than me scrimp and save to repay the debt sooner.

So, we ate out. We went for drinks. We even went on another budget holiday to Greece in September 2019. I’d initially opposed the holiday, wanting to repay the debt sooner, but was soon won over by the price point and the prospect of getting a tan.

There was very little structure to my debt repayment. We kept a note of the outstanding balance in the notes apps of our phones and I wired him money whenever I had cash to spare, which, while I was working at a restaurant and commuting bi-weekly to London for my journalism course, was very rare.

Until I landed a marketing role with a £26,000 salary in January 2019, I was just about scraping by. But even with this new role, the debt remained an unspoken, lingering commitment with a small sum scratched off the total each month.

Despite the relaxed repayment terms, I was aware of the outstanding money I owed and I couldn’t help but feel relieved when the UK went into lockdown in March 2020. With no social life to splurge on, it meant that making repayments was easy. As I started shaving more and more off the outstanding balance, I realised just how much the loan had been weighing down on me. I hadn’t realised before lockdown, but I was constantly on the back foot when it came to payday — having to set aside a hefty proportion of my income for the repayment, and feeling like I was being selfish if I bought anything for myself, despite my partner’s relaxed attitude.

A month later, though, our relationship ended. While self-isolating in our one-bedroom flat with Covid-19, we both reached the mutual decision that we’d run our course.

Part of me wonders now if the debt is what kept us tethered together for those last few months. Once the money was repaid, I felt free to share what had been on my mind – we were growing apart. It sounds like an awful thing to say, but I think in my heart I knew it was done a few months beforehand. I’m not sure if my ex feels the same way, but I still care enormously about him and treasure those holiday memories we made together.

After the breakup, I moved back in with my parents in Sheffield while continuing to pay my half of the rent to my ex. It seemed only fair, considering the generosity he showed me over the course of our relationship. I finally came clean to my parents about my financial situation after realising the value of honesty across all relationships — romantic or otherwise.

It was a huge relief to be honest with my parents, and they were very understanding. They were disappointed in that they wished that I had told them sooner that I’d frittered the cash they’d given me towards my education, but they don’t bear a grudge and are proud of me now for getting my finances in shape.

Eight months later, I have saved money towards a deposit on my own home, have a new career as a journalist, as well as a new relationship. In a weird way I am thankful that Covid-19 has allowed me to reverse engineer my finances.

I never want to be in debt to a romantic partner again, even if they are as flexible and accommodating as my ex was. I didn’t realise it until I was free of repayments, but being in debt compromises your mental health and puts unnecessary strain on your relationship.

Contrary to what I used to think, you can and you should put a price on fun — otherwise, the ultimate cost could be your relationship.