'I lost my £150,000 life savings to Facebook investment scam and now I have to sell my home'

DAD-OF-TWO Kevin Holmstrom lost his £150,000 life savings to an investment scam on Facebook.

The 61-year-old from Middlesbrough now faces selling up his family home and downsizing to a smaller property as a result. 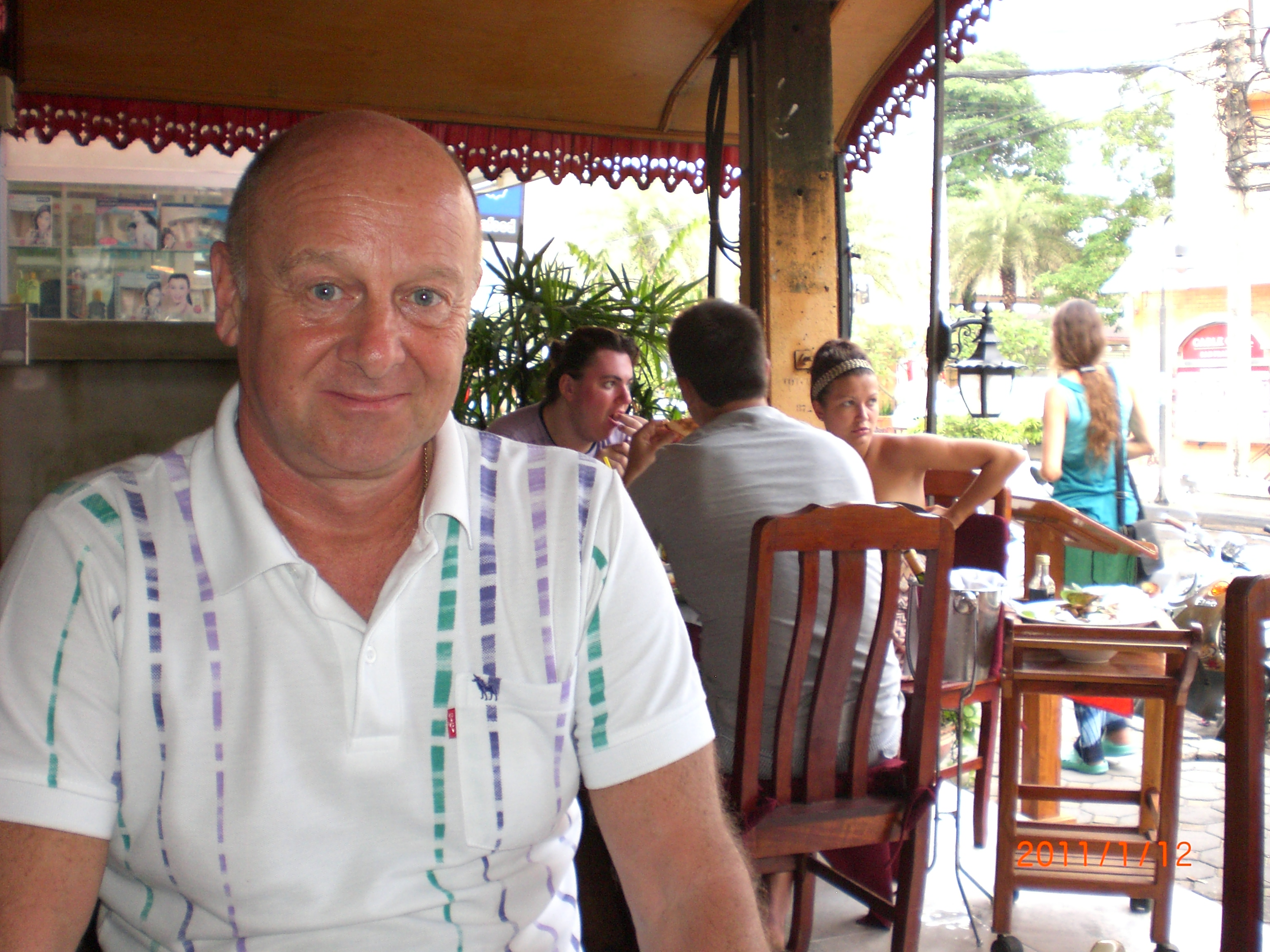 "These people are so heartless and ruthless that they do not care and would take your last penny," Kevin told The Sun.

"I have suffered from many sleepless nights and I have been trying to get my money back ever since.

"It’s nuts. You can’t believe that someone would take this sort of money from you.

"And I'm angry at Facebook to have allowed this to happen in the first place – I assumed because the company was advertised on Facebook that it must be legitimate – and the fact Facebook gets paid for these adverts means it's responsible.

"I'm still trying to scrape my life back together but I would like to get the story out as I know that people are getting scammed every day to various extents and I want to try and stop it."

Kevin, who has been employed in the construction industry all his life, fell for the scam after being out of work for nearly a year.

This was a weight on his shoulders, particularly as he had two-year-old twin girls and a wife to provide for.

So when he saw an advert on Facebook in April 2017 promising massive returns for betting on the movement of stocks, commodities or currencies he thought it might be worth a shot.

"I’m a contractor and a lot of places put age restrictions on contractors so I was getting a bit concerned that I might struggle to get work," Kevin told The Sun.

"I was thinking the money in the bank wouldn’t last for more than three years.

How to protect yourself from an investment scam

TO avoid falling victim to investment scams, you need to remain vigilant when making investment decisions.

Signs that should set the alarm bells ringing include:

"My girls have just turned four now, and it was their future that I was most concerned about.

"I was reluctant to use the service but the scammers persuaded me to open an account.

"They knew my financial circumstances and I assumed that Facebook wouldn’t advertise fraudulent or dodgy websites, so I thought the company must be genuine."

Kevin initially put £50,000 into what he thought was a trading account with the firm – Plusoption – as he was told this entitled him to an account with a manager who would guide him through the trading process.

To begin with, Kevin thought things were going well. He followed the instructions provided and working with the manager the cash in his account went up to £87,000.

Seeing this profit, Kevin decided to invest more. The fraudsters also assured Kevin that they would cover the cost of any interest accrued on his credit cards. 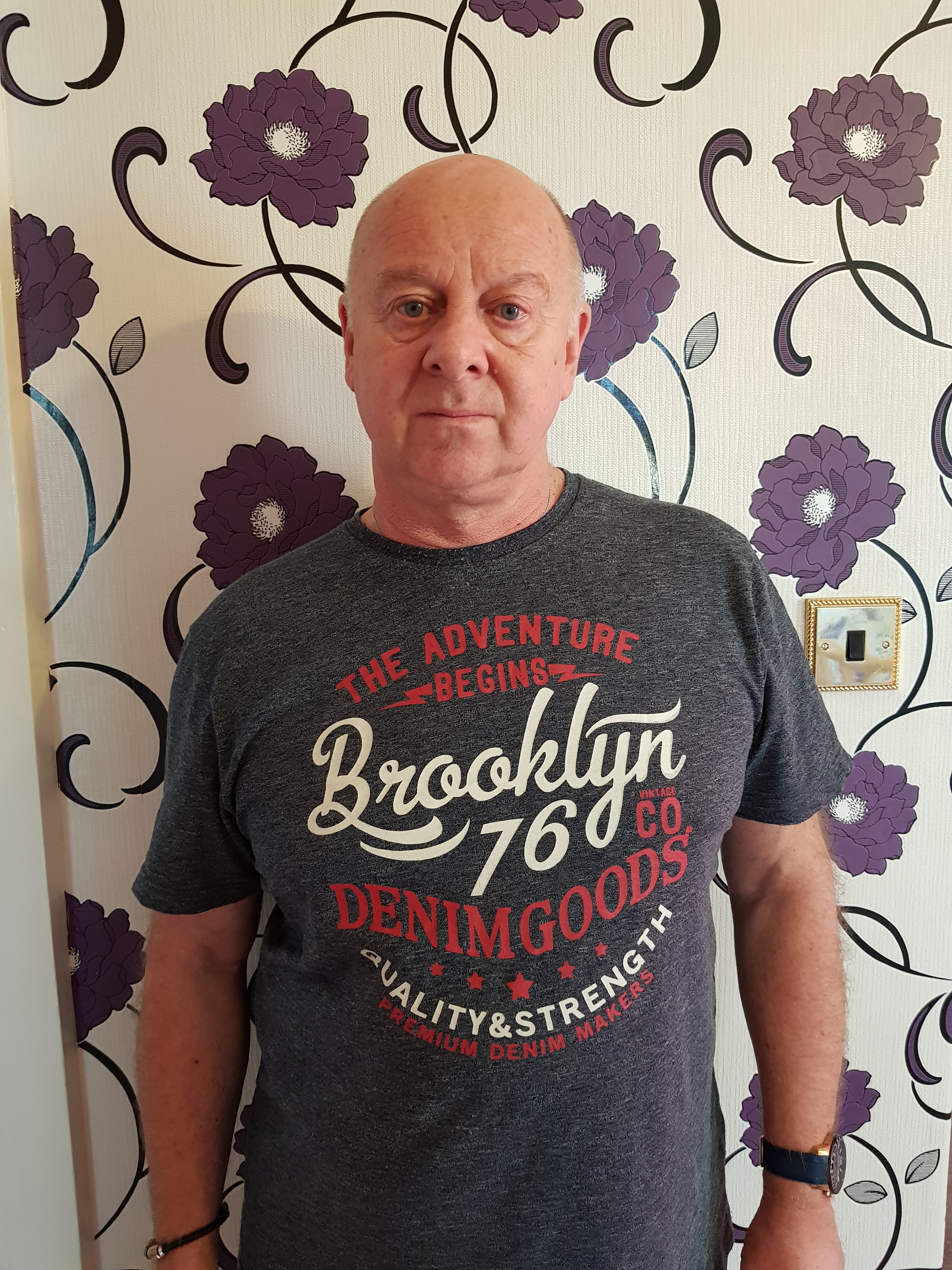 As his returns seemed to continue to grow, Kevin decided to add more cash from his Yorkshire Bank savings.

But then his investments started to lose money and go down in value. Kevin quickly contacted the firm.

'They probe and probe until they get your money'

"All the time they promised me that everything would be alright.

"But when the account dropped to £10,000 I was really worried. I didn’t know how I’d pay next month’s bills and I was paying about £500 a month interest on the credit card bills.

"But they probe and probe and I let the firm have some of this money to try and recover the funds."

It wasn't until Kevin received a cold call out of the blue in November 2017  that his worst fears were realised.

The person who called him was from a different investment company, and when Kevin explained that he was already an investor, the person over the phone said it sounded like the scheme he had put his cash in was a sham. 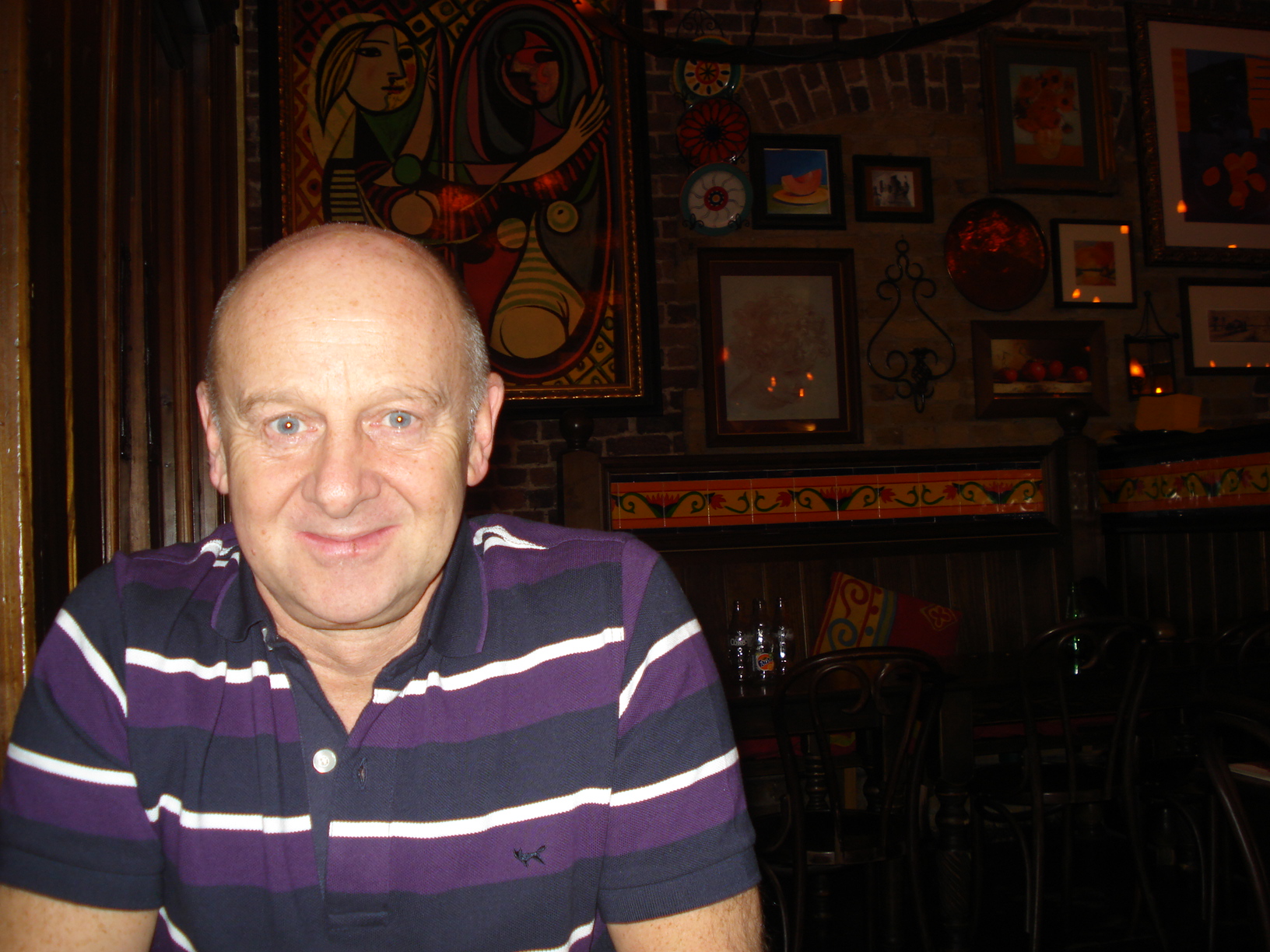 Kevin thinks the fraudsters were showing him a fake screen on his computer that made him think he was trading, but all he was doing was sending cash directly into the fraudsters' account.

When Kevin tried to withdraw his money he couldn't, and when he reached out to Plusoption to get his money back, they seemingly disappeared – refusing to respond to his emails or answer phone calls.

'I'm worried about how I'll repay my mortgage'

While he now has a new job, Kevin is still worried about how he'll repay the £121,000 outstanding on his interest-only mortgage when it expires in eight years time.

He says he may be forced to sell his home and one of his options would be to downsize to a much smaller property to plug the gap in cash. 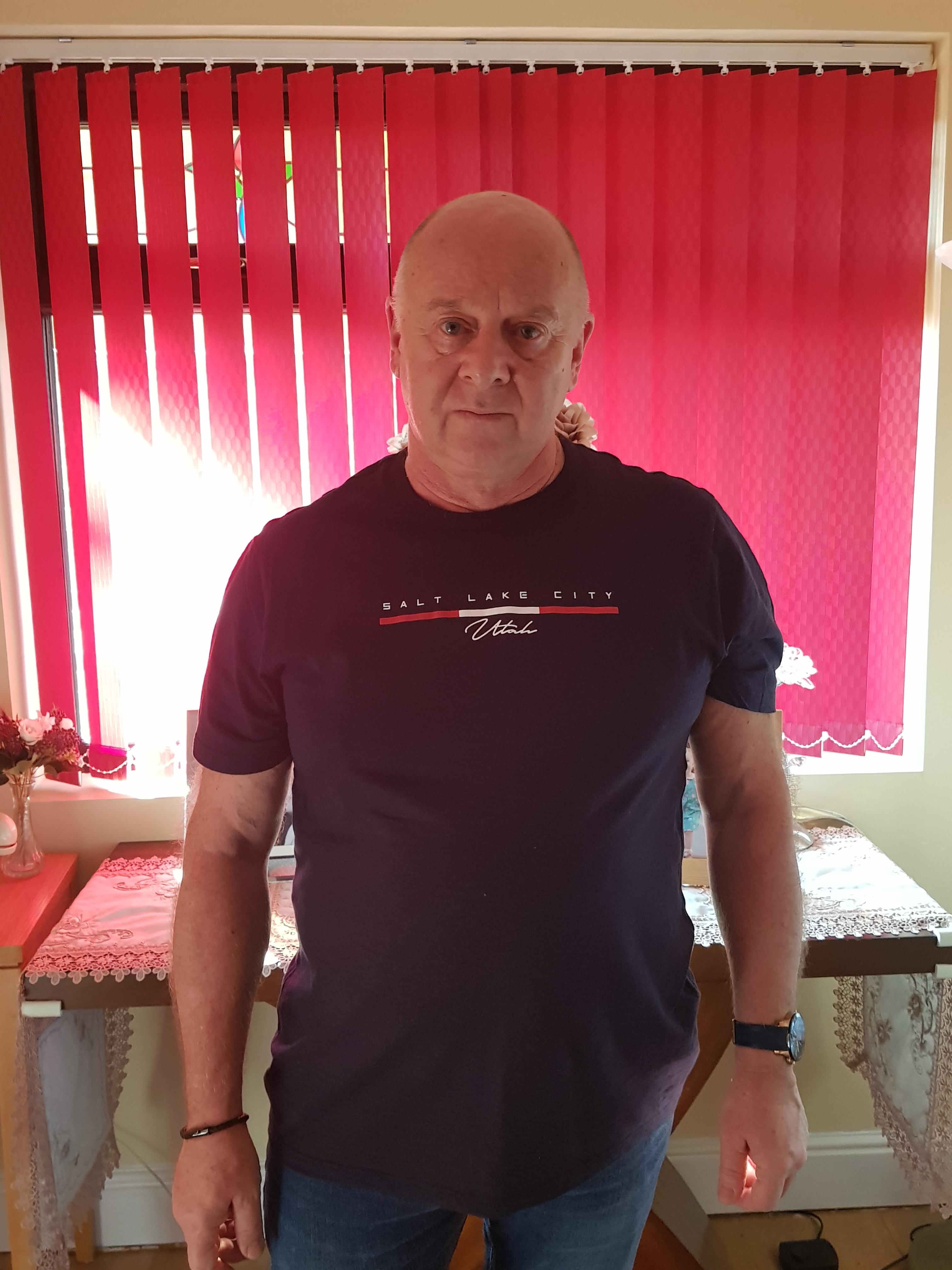 In March last year, Plusoption was added to the city watchdog's list of companies to watch out for – but by this point it was too late for Kevin.

The Financial Conduct Authority (FCA) only began regulating this part of the industry – known as binary options  – in January 2018 but it wouldn't tell The Sun if there was any investigation open into the firm.

According to the FCA, the firm also appears to be operating under the name Redfield Markets.

Plusoption's phone didn't connect when The Sun tried calling and it has failed to respond to emails.

According to trade body UK Finance, a whopping £50.1million was stolen in investment scams in 2018, affecting 3,385 people.

But just 7 per cent of the cash (£3.9million) was ever returned to victims.

There is no way to get the cash back, say banks

Sadly, none of the banks or credit card providers have refunded Kevin and Action Fraud has been unable to help get his money back.

Kevin says he's disappointed the banks haven't done more as one of his other providers, Capital One, stopped payments to Plusoption as they thought the firm seemed suspicious, so he doesn't understand why others didn't do the same.

Kevin is now planning to take his case through the courts, as well as complaining to the Financial Ombudsman Service.

Co-op Bank says it submitted a Section 75 refund request at the time but that it was rejected as Plustoption provided screenshots and its terms and conditions which showed that Kevin had used the service.

Section 75 requests can only be made where consumers don't get the goods or service they paid for.

A spokesperson for Co-op Bank said: "We urge customers to only deal with financial firms that are authorised by the FCA, and check the the Financial Services Register to ensure they are registered."

What to do if you think you’ve been scammed

HERE'S what to do if you think you've been stung by a bank transfer scam:

Bank of Scotland, RBS on behalf of Mint, and Yorkshire Bank similarly say they were unable to recover any funds because Kevin had authorised the transactions and there was nothing to indicate they were suspicious at the time.

A Bank of Scotland spokesperson said: "While we sympathise with Mr Holmstrom’s situation, the credit card payments were processed as he requested and we are unable to assist him in reclaiming losses incurred through his online trading account.”

An RBS spokesperson said: "We sympathise with Mr Holmstrom who has been the victim of an investment scam and appreciate that this has been a very distressing experience for him."

A spokesperson for Yorkshire Bank said: "Our fraud team investigated this situation and tried to recover any funds from the receiving bank account.

"Unfortunately no monies were available and we have been unable to reimburse the funds transferred because the customer authorised the transfer of money from his bank account."

Martin Lewis got Facebook to donate £3million to Citizens Advice to help tackle fraudsters after people got stung by scam ads on the social networking site that fraudulently used his face and name.

The Money Saving Expert founder also got Facebook to agree to launch a new scam ad reporting tool. This is expected to launch in May.

Facebook uses a combination of automated tools and human review to monitor the site and its adverts but this can mean scams are missed.

A spokesperson for Facebook said: “Fraudsters are continuing to adopt more sophisticated techniques to con people, and we are taking action to stop them and support victims.

You can report scams ads on Facebook using the firm's online form.

We spoke to another reader after bitcoin scammers stole his £66,000 life savings – forcing him to sell his home.

Another reader, who is disabled, spent 13 years paying back £50,000 he lost after falling for a "fake" shares investment scam.

Meanwhile an investigation by The Sun has revealed that a British gang is conning UK pensioners out of millions of pounds in an investment scam.