It's Official! Christina Haack and Joshua Hall Are Engaged: See the Ring

The Flip or Flop star, 38, shared images of her and Hall celebrating in Cabo San Lucas, Mexico, on Monday, September 20, via Instagram. The sparkling diamond ring on her left hand was clear as she posed with her the realtor, and she captioned the photos with emojis: “❤️♾🔒🗝 💍”

She also updated her Instagram bio to note she’s engaged, writing his name next to a diamond ring emoji. 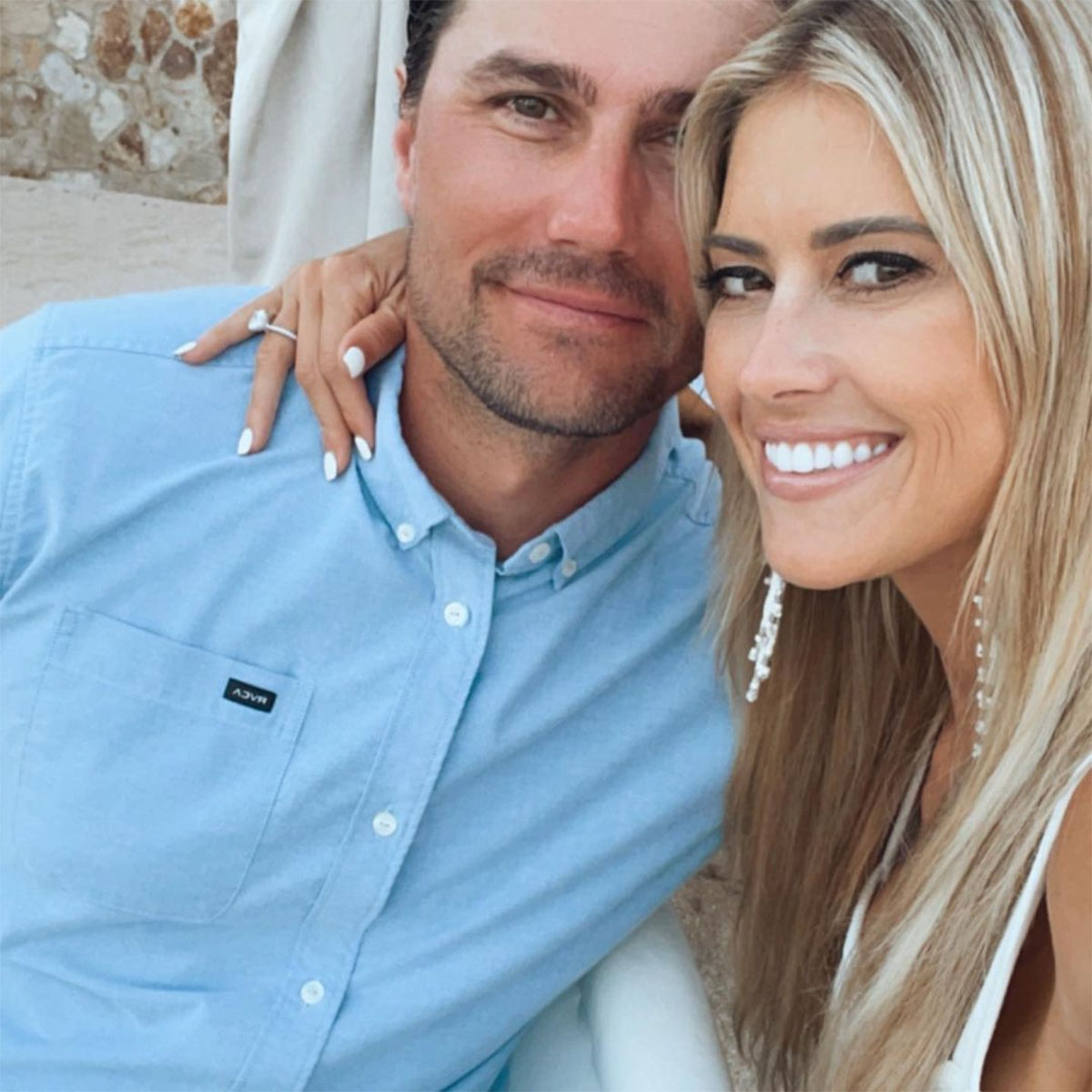 The engagement news comes after weeks of speculation that the two were ready to say “I do.” The HGTV star was spotted wearing what looked like an engagement ring on her left hand in photos published by Page Six on Wednesday, September 15, but she quickly removed the pics from social media.

However, that wasn’t the first time Haack seemed to accidentally reveal her engagement ring before deleting the photo. In August, the Christina on the Coast star shared a photo of herself and Hall with a ring on her left hand. She later deleted and replaced it with a similar image where there was no bauble in sight. 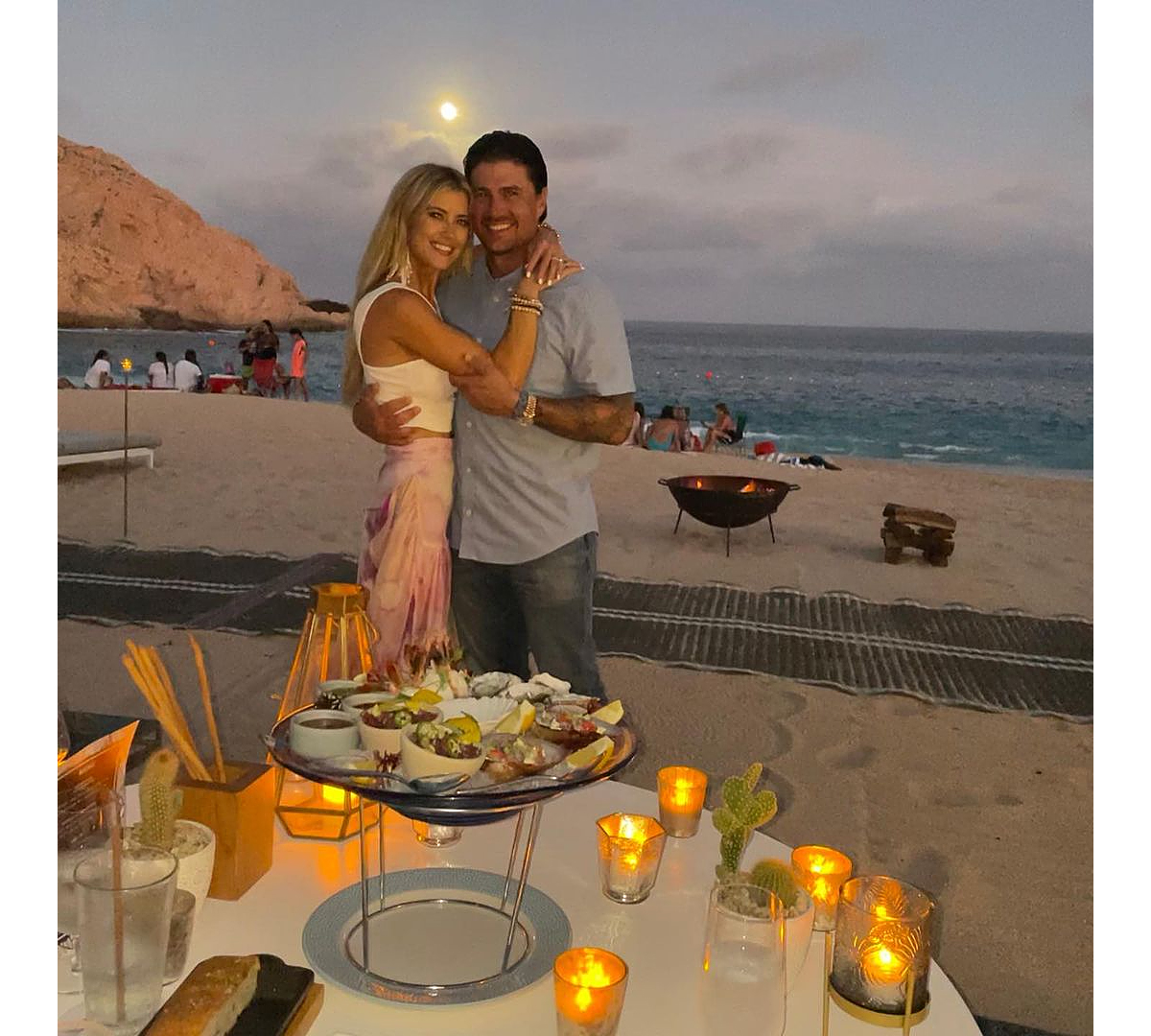 This will be Haack’s third marriage. The Flip Your Life author was married to her Flip or Flop cohost, Tarek El Moussa from 2009 to 2018, and they share daughter Taylor, 10, and son Brayden, 6. El Moussa seemed to hint that the mother of his children was heading down the aisle when he spoke to Us in September.

“If a ring is on a girl’s finger and it looks like an engagement ring and she’s with her man, what does that mean?” he told Us exclusively. “I’m not a mind reader, [but] I’m just saying, they’re good together. I hope the best for them.” 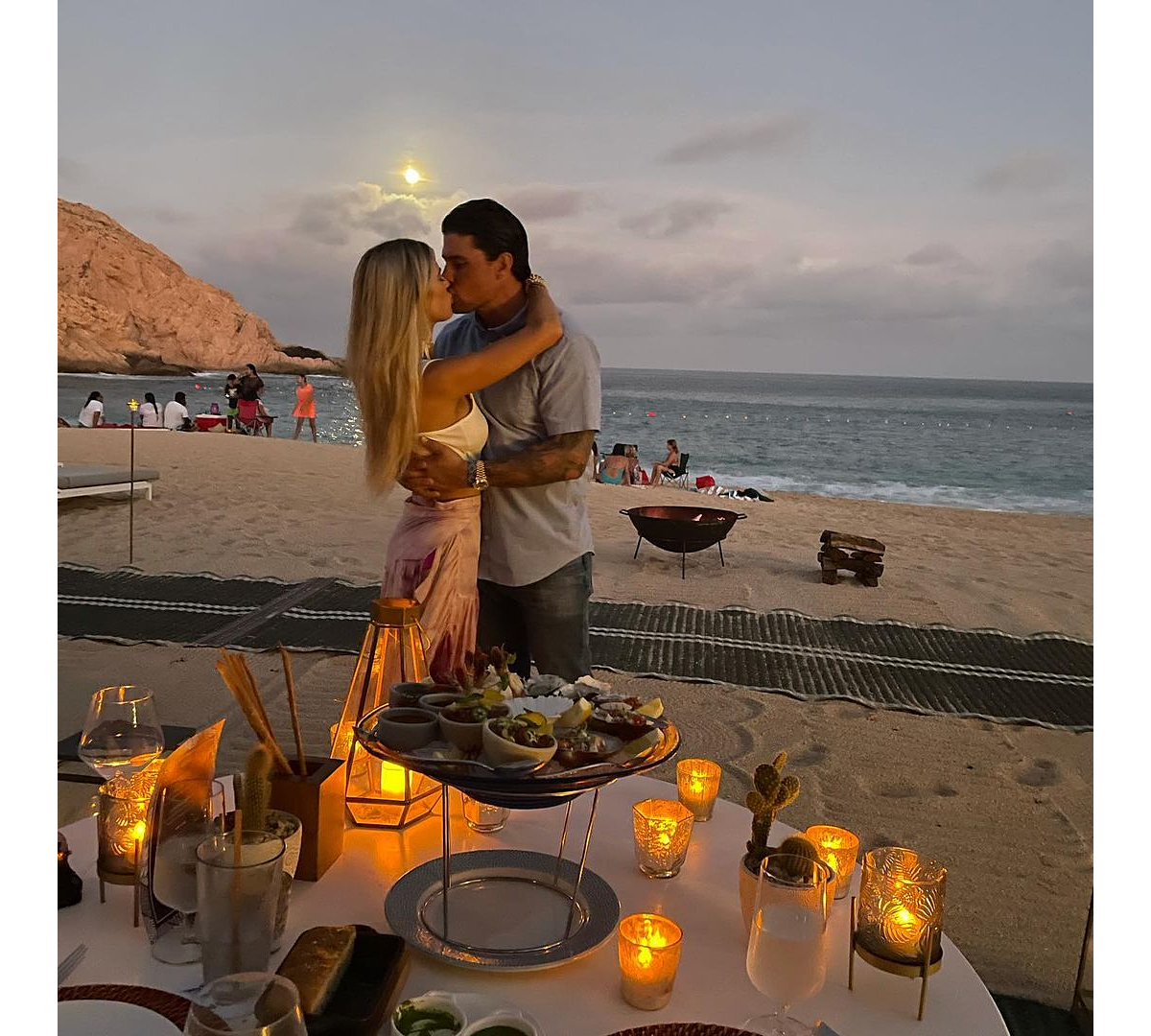 Haack married again in December 2018, tying the knot to Ant Anstead. The pair welcomed son Hudson, 2, in 2019. The duo announced their divorce in September 2020 with the legal paperwork being finalized in June.

That month, the Celebrity IOU Joyride host was revealed to be dating Renée Zellweger. The Oscar winner, 51, has spent plenty of time with baby Hudson, whose parents are said to be adjusting easily to sharing joint custody.

“[They] continue to coparent well,” an insider told Us last month. “They put Hudson first and put any tension that’s between them to the side.”

Anstead is focused on his own romance with the Judy star, so he “doesn’t have much to say on Christina’s relationship with Joshua as he’s focused on his own,” another source told Us. “He’s always just wished her happiness and that’s what it looks like she’s found, so he truly wishes her the best.”