JOHN Lewis is asking people to give a little love in its latest Christmas advert – but greedy eBay sellers are doing quite the opposite.

The cute heart shape umbrellas which appear in the festive film are being sold on for TWICE the price. 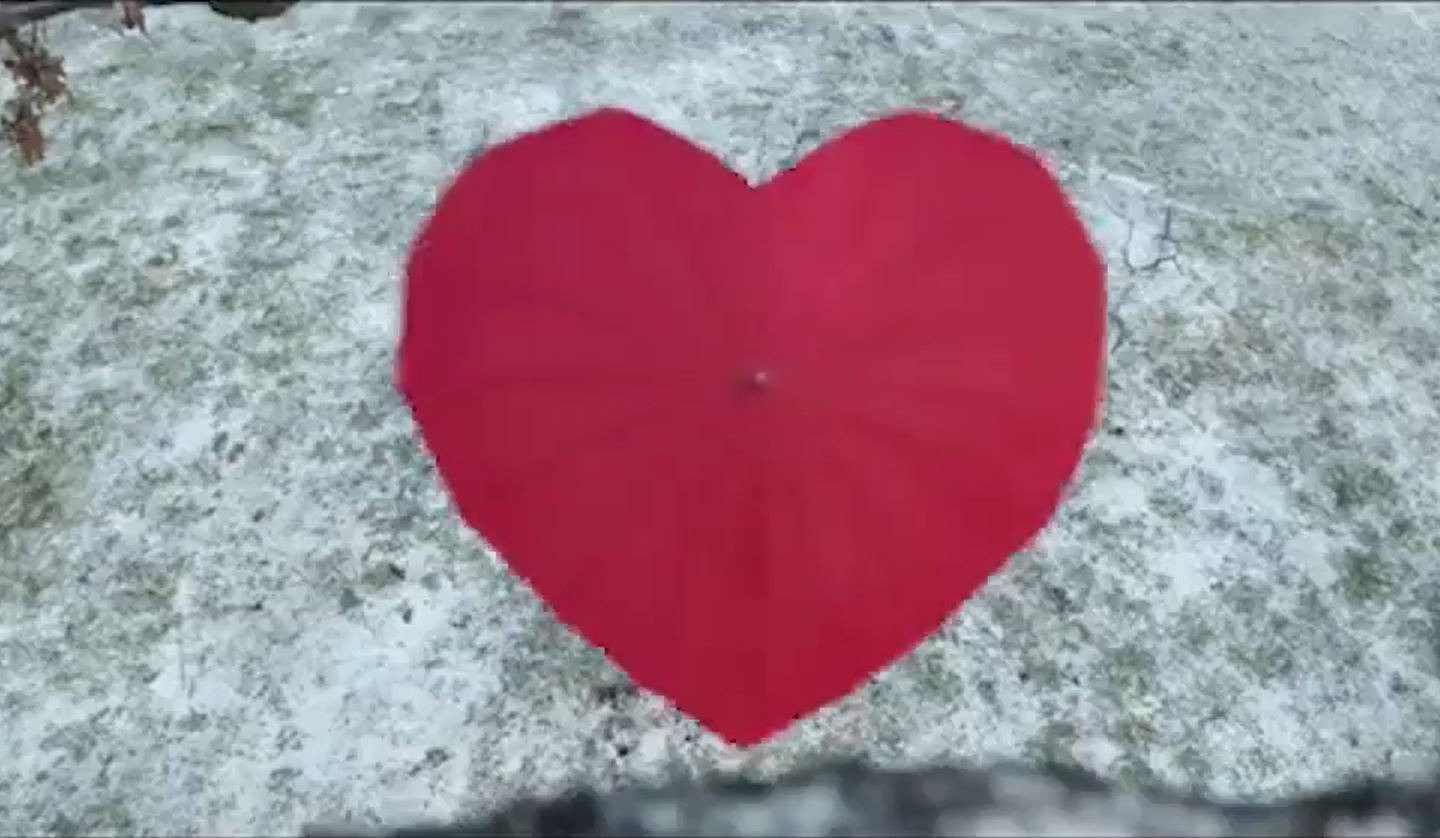 The brolly has a starring role in the department store's new Christmas advert which is inspired by random acts of kindness.

Fans of the animated ad were gutted to find the £25 umbrella sold out within and hour of the ad's release – but the retailer has assured customers they will come back in stock again.

Charities will get all the money from sales of the umbrella as well as other "give a little love" merchandise which includes tote bags and pyjamas.

Cheeky eBay sellers are taking advantage of the interest surrounding the advert to make a profit, listing the brolly for as much as £49.99 – almost twice the price.

Among several listing of the umbrella, one priced at £46.95 has 20 people watching.

Meanwhile a £5 tote adorned with a heart and the "give a little love" message which is also sold out is being listed on eBay for as much as £11.99.

And a pin badge with the same heart icon priced at £3 and still available to buy at John Lewis online is being listed for £7.99 with seven people watching it.

Last year Excitable Edgar, the dragon which featured in the 2019 Christmas John Lewis advert, was being flogged for £50.

The soft toy was £15 from John Lewis and Waitrose stores.

John Lewis isn't the only retailer to create a market for Christmas advert merchandise either.

Despite Aldi's Kevin the Carrot character not going on sale until tomorrow (Sunday November 15), the soft toy is already being listed on eBay at inflated prices.

Lidl has taken a stab at Aldi in its funny Christmas advert -watch it now.

And you can watch all of this year's Christmas adverts, here – from McDonald's and Amazon to Aldi and Disney. Get to Know ’12 Dates of Christmas’ Star Chad Savage with These 10 Fun Facts (Exclusive)
We and our partners use cookies on this site to improve our service, perform analytics, personalize advertising, measure advertising performance, and remember website preferences.Ok