Katy Perry hit up the AMAs for her first awards show since the birth of her daughter. She gave a nod to Britney Spears & Justin Timberlake’s epic 2001 AMAs twinning denim outfits.

Normally one for over the top costumes, Katy Perry actually dressed down for the 2020 American Music Awards on Nov. 22. It marked the singer’s first awards show appearance since she became a first time mom in late August. The 36-year-old went for the much maligned “Canadian Tuxedo” look of denim on denim. She donned an oversized faded blue jacket and matching jeans. It brought back memories of when then-couple Britney Spears, 38, and Justin Timberlake, 39, twinned in matching denim ensembles at the 2001 AMAs. Katy actually recreated the exact iconic look at the 2014 MTV VMAs, with pal Riff Raff donning Justin’s outfit. 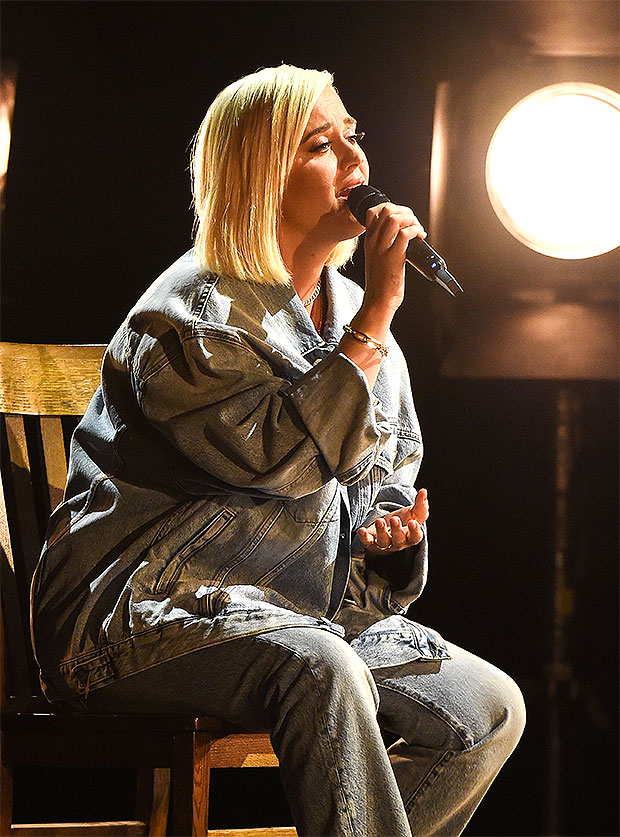 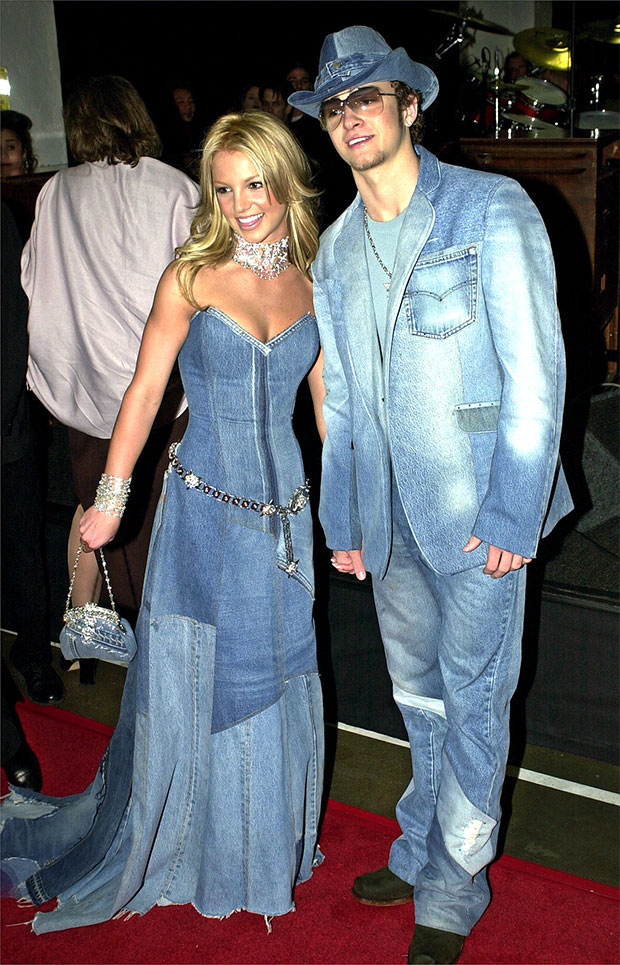 Katy performed her gorgeous ballad “Only Love” with Darius Rucker in a stripped down performance that saw the two sitting across from each other on stools — socially distanced of course!  “Went back to church, met a new friend @dariusrucker and found #OnlyLove,” she wrote next to an Instagram photo earlier in the day of their pre-taped performance. In another post, she said that “Tonight’s performance is for my father,” next to a photo of her dad, Pastor Keith Hudson holding Katy when she was a little baby. For Katy, her AMAs appearance marked the world-premiere broadcast performance of “Only Love” from her fifth LP Smile. She dropped her album on Aug. 28, just two days after giving birth.

While Katy totally cherishes being a mother to three-month-old daughter Daisy Dove Bloom with fiance Orlando Bloom, 43, it was a nice change of pace for her to get back to being a either diaper duties or American Idol judging. It wasn’t a standard awards show red carpet featuring an endless parade of stars and their dates due to COVID-19 protocols and distancing. But Katy still posed up a storm on the limited version, looking fierce and fabulous in her outfit.

The ensemble is a far cry from Katy’s MTV Video Music Awards “look,” where she used her new motherhood status to joke about her ensemble for the evening via an Instagram stories photo. The scaled down event went down in New York on Aug. 30, just four days after Daisy’s arrival and Katy shared a mirror selfie of what she would be wearing for that evening (at home of course).

Katy was seen in her post-partum attire of Frida Mom disposable underwear and a Medela bra for breast pumping, which she labelled as she would with any designer frock. The singer included the VMAs logo in the corner of the photo, and snarked, “Hair n makeup by @exhaustion,” in the caption about her lack of beauty squad job. Needless to say, she watched the 2020 VMAs from home with her baby, unlike the AMAs.

A post shared by SMILE BY KATY PERRY 🙂 (@katyhudsonlife)

Katy did get super dressed up six weeks after Daisy’s birth to return to judging American Idol. While the talent search is still in it’s early stages, she wore a gorgeous black and white animal print top and slacks by Christian Siriano for filming on Oct. 13. It featured short puffed sleeves, paired with matching fingerless gloves, a train behind her tight trousers, a peplum hem on her shirt and a wide-brimmed hat. And heels featuring matching fabric of course! But glitz and glam pop superstar Katy let casual and more natural Katheryn Hudson perform at the AMAS, as she told fans in her sneak peak photo with Darius, “Tune in for Katheryn on the @AMAS tonight,” as that’s Katy’s birth name. Ice-T continues to urge fans to take coronavirus seriously
We and our partners use cookies on this site to improve our service, perform analytics, personalize advertising, measure advertising performance, and remember website preferences.Ok