Kylie Jenner Spent $10,000 On Postmates In A Year & Her Go-To Order Is Way Too Relatable

Even though she’s a famous, near-billionaire, Kylie Jenner is just like the rest of us — she wants food delivered while she watches TV on her couch. Or more accurately, she’s just like the rest of us, if we had a much higher budget. Kylie Jenner spent $10,000 in Postmates in 2018, according to a press release from the company, and her most common order is actually so relatable. The makeup mogul is not on some super-strict celebrity diet. She snacks hard or goes home, pretty much every day.

According to Postmates’ website, Jenner’s most frequent order is a bagel with cream cheese from The Bagel Broker. Her most common time to order food in 2018 was at 10 a.m. And apparently, a lot of those breakfast orders were bagels. That’s about as relatable as it gets, minus the extreme amount spent. Unfortunately, most people aren’t working with those Kylie Cosmetics profits to finance their daily meals.

Her second-most frequent order is a Miso Ramen Bowl from Joey Woodland Hills. Other than that, the list is full of chicken dishes, coffee, and tea. There’s nothing particularly outrageous when it comes to her regular orders. See, she’s just a normal 21-year-old woman, right?

Well, OK, that’s not always the case. Postmates also listed her top three "weirdest orders." So what constitutes a "weird" order? She purchased "three cozy blankets" from Target, which is interesting since it’s tough to picture a lack of linens at her Calabasas mansion.

Jenner also used Postmates to order some nail polish remover. She probably gets her nails done by professionals most of the time, so it’s not too shocking that she doesn’t have manicure supplies at the crib. (Maybe she needs to make Kylie Cosmetics nail polish and nail polish remover, so she has an endless supply? Just a thought.)

Those two orders are relatively normal. However, the third item on that list is just really random: One time in 2018, Jenner ordered a single carrot from Bristol Farms. Yes, just one carrot. But don’t worry, she explained why in an interview with Postmates, saying, "I was making matzo ball soup and had all the ingredients but carrots." That actually does make sense. Why leave the mansion in the middle of cooking? 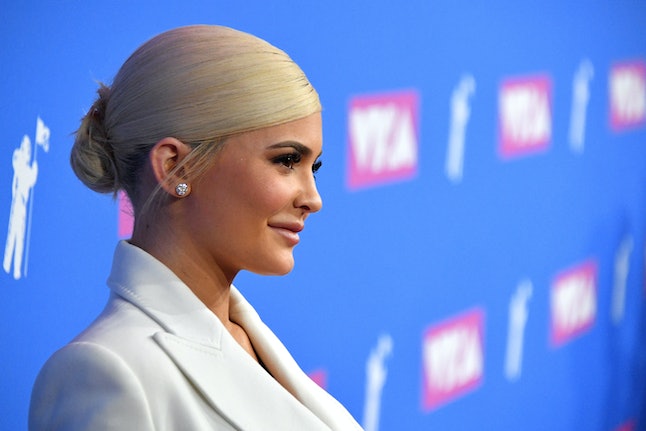 Plus, it really seems like Postmates is just a way of life for the youngest Kardashian-Jenner sibling and another family member. She shared with Postmates, "Rob [Kardashian] and I probably Postmates the same. We Postmates each other things to try all the time, like new drinks and stuff.”

What does Jenner mean by "all the time"? Postmates claims that she actually set a record for the most orders in a 10-minute window with four different purchases.

There are plenty of people who can relate to Jenner’s cravings for bagels and lattes. And while there are not as many people who can justify opening up the Postmates app as often or dropping as much money, if they could, they probably would be doing the exact same thing.