‘Where on earth are her pants?’: Fans are left confused as Melania Trump steps out in nude leather leggings – and joke that some of her outfit seems to be missing

Melania Trump was her usual glamorous self as she landed back at the White House yesterday after a surprise visit to Iraq with her husband, but one element of her outfit left fans a little confused.

The First Lady, 48, looked chic in an emerald green buttoned coat with nude leather pants, but the colour seemed to baffle some onlookers who thought it looked as if she wasn’t wearing anything on her lower half.

It wasn’t long before a Twitter debate broke out with people playfully poking fun at the outfit.

‘Holy c***. That is a MINI, mini-skirt’, one wrote, while another added: ‘Melania wearing only green coat and underwear. No trousers or skirt.’ 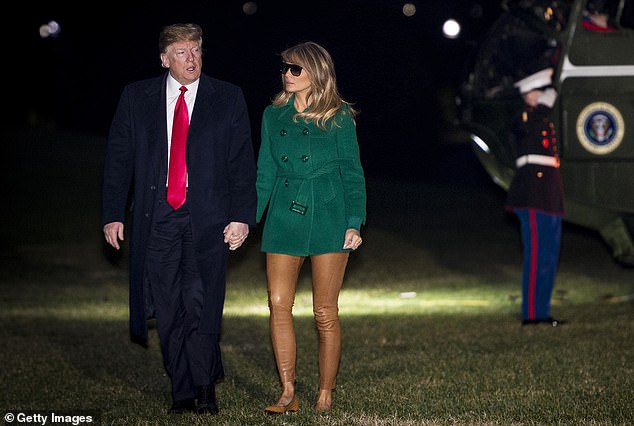 Melania Trump looked glamorous in a green Prada coat and leather pants as she arrived back at the White House following a surprise visit to Iraq, but her outfit choice left some people a little confused 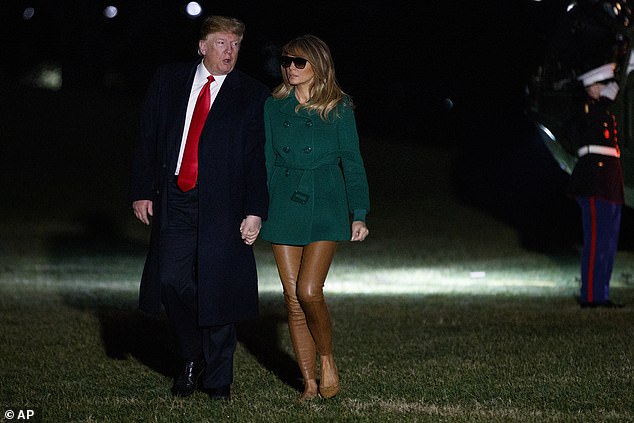 The color of the First Lady’s leather pants left some Twitter users confused, as they claimed it looked as if she wasn’t wearing anything on her bottom half

Another tweeted: ‘It looked like Melania was pantless, until you see the wrinkles in the fabric, as she walked down the stairs.

The First Lady chose a green double breasted Prada coat, and held on to her husband’s hand as she walked across the South Lawn and into the White House.

She was first spotted in the $2,480 number last December on a visit to Joint Base Anacostia-Bolling in Washington, DC.

While some followers were quick to comment on Melania’s outfit, others hailed her ‘a brave woman’ for visiting the war zone, as this was the pair’s first trip to a combat zone in Trump’s two years in office.

A separate fan tweeted: ‘The First Lady Melania Trump is the fist Frist last to visit the troops in a war zone in 60 years. What a brave woman.’

After greeting soldiers and military leaders in the Middle East Wednesday morning, they headed out — but made yet another stop in Germany to wish the servicemen and women their happy holidays.

They touched down at Ramstein Air Base at 4am local time to refuel and meet with US military there, before hopping back on Air Force One to head back to DC. 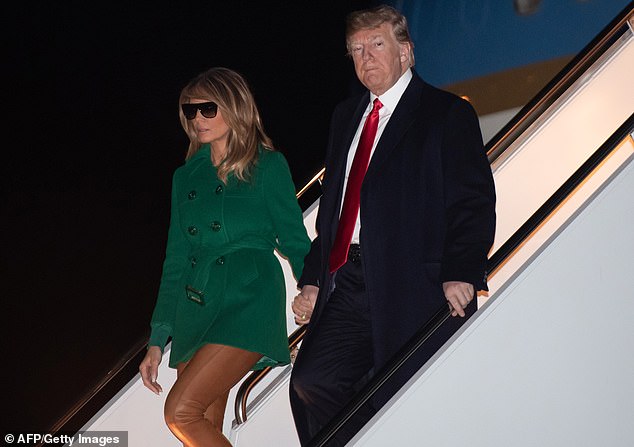 It’s not the first time the mother-of-one has caused something of a stir with her choice of outfit.

In July this year, she famously wore a $39 statement jacket from Zara emblazoned with the slogan: ‘I really don’t care, do u’.

She donned the controversial jacket for a visit to children separated from their families at the Mexico border. 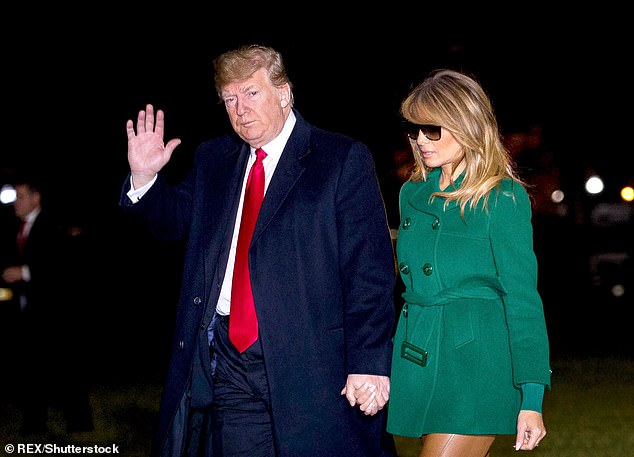 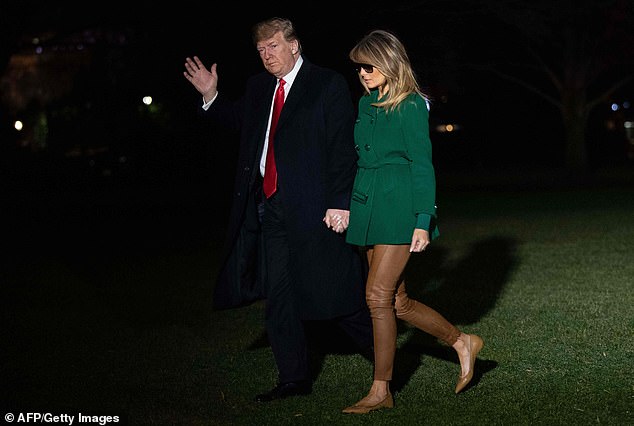 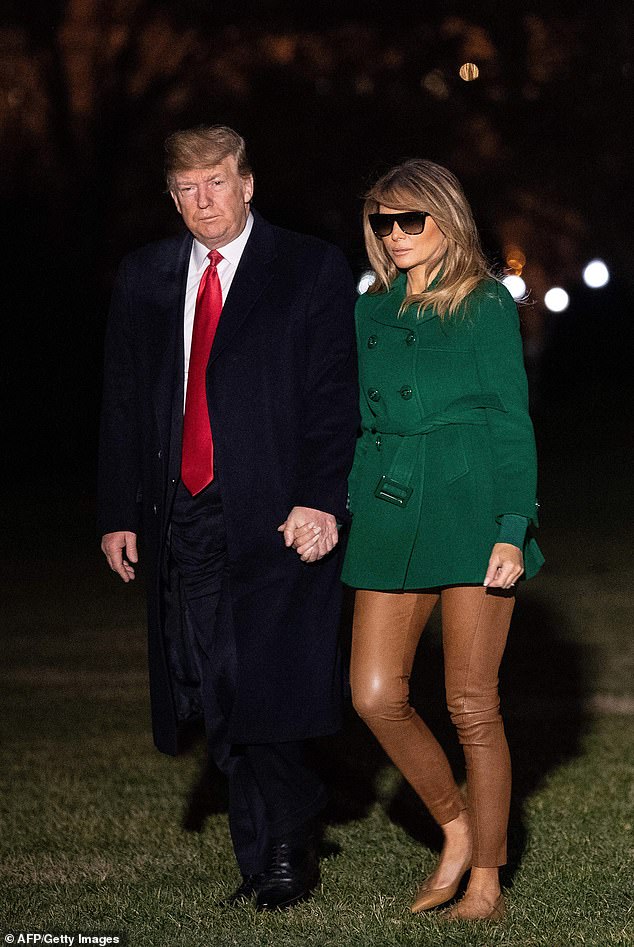