Michael Connelly on how Bill Clinton launched him to global fame

The philandering President who made my fortune: How superfan Bill Clinton helped turn thriller writer Michael Connelly into a literary star

When the Secret Service calls, asking if you’d like to meet the US President when he lands at the airport at 2am, chances are, says author Michael Connelly, ‘you’re not going to tell them, “No, sorry – I’ll be asleep.”’

It happened to him in the early Nineties when Bill Clinton was in charge. ‘They always want someone to greet the President wherever he goes, so I was standing at the bottom of the aeroplane steps in the middle of the night, saying, “Welcome to LA, Mr President.” One of the handlers prepped me beforehand and said that he’d either be too tired to talk, or he’d walk me towards his limo and chat for a while, but basically all the options end with: get out of his way when he wants to leave!’ 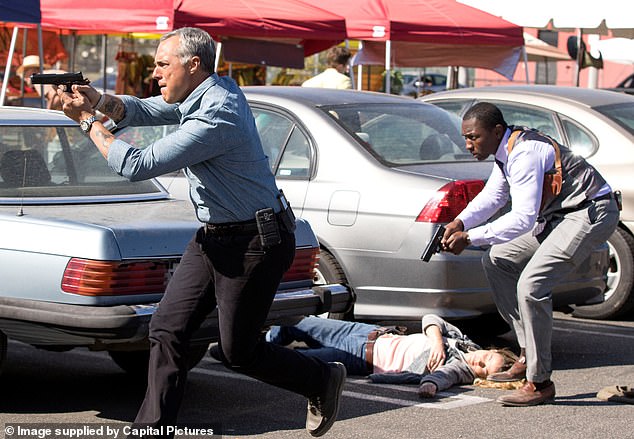 Titus Welliver (Harry Bosch) and Jamie Hector in Bosch. During the Nineties, the project languished for years in development hell

About a year later, in 1994, the two men had a more indirect encounter when Clinton was spotted exiting a bookshop carrying a copy of Connelly’s latest novel, The Concrete Blonde. It didn’t turn out so well for Clinton –the headlines invariably mocked the President’s famed predilection for women – yet it did wonders for Connelly, whose book sales rose thereafter, ‘although I did feel bad that I’d boosted my career at his expense’.

Since then, Connelly’s popularity has continued to soar. In addition to selling more than 60 million crime novels worldwide, stars have clamoured to film his work. Matthew McConaughey took on the role of Connelly’s fast-talking defence attorney Mickey Haller in the 2011 hit The Lincoln Lawyer, while Clint Eastwood directed and starred in his 2002 thriller Blood Work. ‘He had a grand piano in his office at Warner Brothers,’ says Connelly, ‘and he played during our entire meeting.’

Yet surprisingly it is Connelly’s most famous creation, world-weary LAPD detective Hieronymus ‘Harry’ Bosch, that has taken the longest – some 20 years – to make it on screen. Amazon picked up the show in 2014, where it is now the streaming service’s longest-running original series, and we meet on the LA-based set of Bosch, where filming is under way for its sixth season. Titus Welliver (Lost, Gone Baby Gone) plays the titular lead and, says Connelly, he is a perfect fit for the character, projecting as he does, ‘all of Bosch’s inner turmoil and baggage’.

Bosch’s mother, a prostitute, was murdered when he was 11 years old, so he is acutely aware of the grime that lurks beneath the glamour of LA. And it’s an underbelly with which the gravel-voiced Connelly is himself familiar. He previously worked as a crime reporter in Los Angeles and cites real-life homicide detective Tim Marcia as an influence on his work. ‘The first time I went to visit him at the bureau, I noticed the picture of a young girl under his glass-top desk. When I asked if it was his daughter, he said, “No, she’s a victim who had been strangled.” Until he solved the case, he kept pictures of the victims underneath the glass. It was a moving detail and I used it for Harry Bosch.’

In Connelly’s latest novel, The Night Fire, Bosch, now working as a private investigator, is drawn into a 29-year-old murder case that he attempts to solve with his friend, Detective Renée Ballard, while she simultaneously investigates the murder of a homeless man who has been burned to death in his tent. ‘What was really weird is that I finished writing the book six months ago,’ says Connelly, ‘but in the past few weeks there were two murders of homeless people where they were set on fire, one of whom was in a tent.’

Less eerie but perhaps just as disturbing is when Connelly recounts the story of a serial killer in Sweden. ‘When they arrested him, they found a copy of my book, The Poet, in the trunk of his car. He wasn’t doing the kind of things that happened in the book, but who knows how people take inspiration? It is something I worry about,’ he admits. ‘When it comes to writing about the crimes, I usually leave a big piece out because I don’t want my books to be a primer on how to do these things.’

Connelly was 35 when his first novel was published and spent half of his initial $50,000 advance clearing his credit-card debts. Now 63, with over 30 novels to his name, and as the creator and executive producer of Bosch, such money worries are far behind him. Yet if a certain Bill Clinton had got his way, the TV series might never have happened. 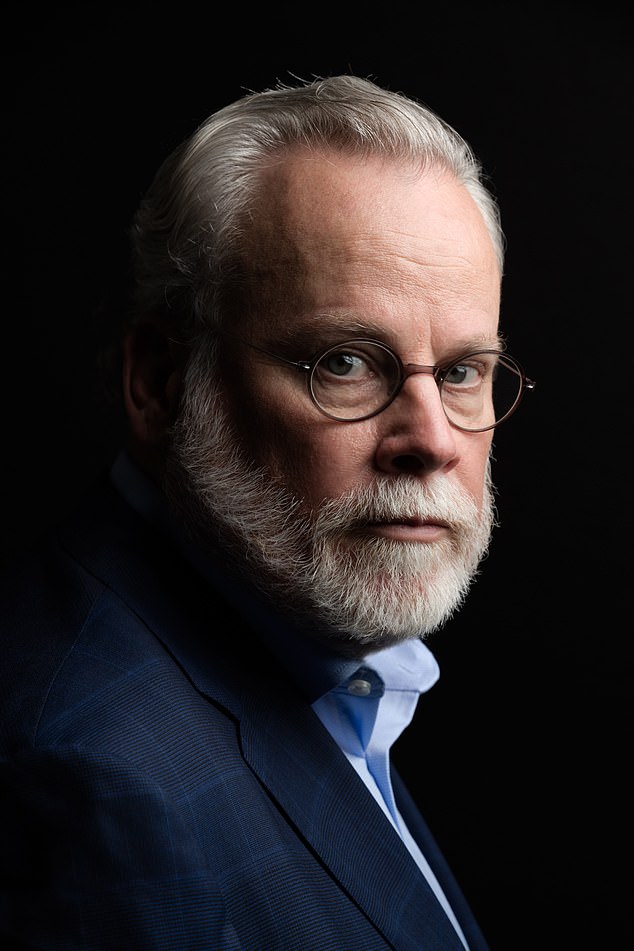 ‘Bosch had spent the Nineties in development at Paramount,’ explains Connelly, ‘and because Clinton was a fan of the books, when he and his wife were staying with Harrison Ford at his Wyoming ranch, he was trying to get him to play Bosch in the movie. But Harrison Ford didn’t want to play a detective at the time and not even Bill Clinton could persuade him.’ Instead, the project languished for years in development hell.

‘I was very disappointed,’ he admits, ‘but you never know how things are going to work out.

‘Now, instead of getting a two-hour movie, I’ve got about 60 hours to explore Bosch’s character. In terms of storytelling, you can’t beat that.’