Michael P. Koskoff, a renowned and dogged Connecticut litigator who defended Black Panthers, won record malpractice awards, mounted racial job-discrimination battles and sued gunmakers whose weapons were used in the Sandy Hook school massacre, died on Wednesday in a Manhattan hospital. He was 77.

The cause was complications of pancreatic cancer, his son Jacob, a screenwriter, said. He and his father collaborated on the screenplay for “Marshall” (2017), a feature film about the 1941 trial of a black man accused of raping a white woman. The defendant was represented by a future Supreme Court justice, Thurgood Marshall.

Michael Koskoff advised his other son, Joshua, a senior partner in the Connecticut firm of Koskoff Koskoff & Bieder, in litigation against companies that manufactured and sold the semiautomatic rifle used by the gunman in the massacre at Sandy Hook Elementary School in 2012.

Last month, the Connecticut Supreme Court created a potential opening for victims’ families to hold the companies — including Remington Arms, which made the rifle — liable for the attack.

Mr. Koskoff, who lived in Westport, Conn., was the scion of a family of performers who starred on disparate stages. Some were actors, singers and musicians. (A cousin was Alfred Newman, the celebrated Hollywood composer.) Others were litigators who held forth in courtrooms. His father, Theodore, was both his law partner and a cellist.

Mr. Koskoff won record settlements in Connecticut negligence and malpractice cases by coupling skills he had acquired in training to be a Shakespearean actor with a lifelong antagonism toward corporate greed.

He also pioneered the use of vivid courtroom videos delivered in a documentary format.

In 1979, Mr. Koskoff persuaded a jury in Danbury, Conn., to award his client $1.8 million in a wrongful-death case — Connecticut’s first verdict of more than $1 million in such a suit.

In 1999, jurors awarded $27 million for what he had demonstrated was a bungled heart operation at Yale-New Haven Hospital, which left a 29-year-old man permanently blind and brain-damaged. At the time, it was the biggest personal injury verdict in the state’s history.

That same year, Mr. Koskoff was lead counsel in a class-action case against the state for illegal wiretapping of calls between clients and their lawyers. It ended with a $17 million settlement.

In a medical malpractice case that became the subject of a book, “Damages: One Family’s Legal Struggles in the World of Medicine” (1998), by Barry Werth, a couple represented by Mr. Koskoff settled for $6.25 million in the early 1990s nine years after their baby, who had severe cerebral palsy and developmental disabilities, was born at Norwalk Hospital in Connecticut. (The child’s twin brother had been stillborn there).

Perri Klass, acknowledging that “while it may be difficult for a practicing physician like me to see a malpractice lawyer as a hero,” wrote in The New York Times Book Review that “Damages” did “full justice to Michael Koskoff’s skills, and to the mix of personal history, political fire and competitive zeal that sends him into court.”

“Koskoff liked to depend on his own ‘visceral and instinctive reality’ of what was happening in a courtroom — was a witness nervous? arrogant? appealing? unappealing? — to decide how best to keep the drama fresh,” Mr. Werth wrote. “He also liked to keep the other side’s experts off balance by not letting them know what to expect of him. If he met them, he might like them, and that would dull his attack.”

Michael Peter Koskoff was born on March 19, 1942, in New Haven (in the hospital he would later sue). His mother was Dorothy (Fuchs) Koskoff. 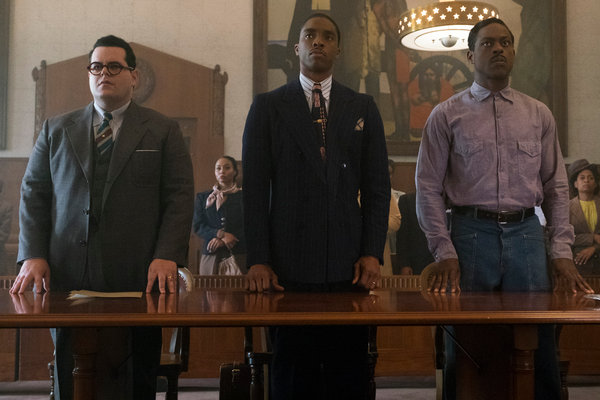 After graduating from the Cambridge School in Weston, Mass., he attended Brandeis University but left after a year to study at the American Shakespeare Academy in Stratford, Conn. Once he realized that he was unlikely to make a living on the stage (“Something about being a ‘bad actor’ deterred me from continuing,” he said), he enrolled in the University of Bridgeport. He graduated with a bachelor’s degree in English in 1963 and earned a law degree in 1966 from the University of Connecticut School of Law.

In 1963, Mr. Koskoff married Rosalind Jacobs, who survives him. In addition to their sons, he is also survived by their two daughters, Sarah Koskoff, an actress and screenwriter, and Juliet Koskoff, a lawyer in New York; two sisters, Elizabeth Koskoff and Susan Glazer; and eight grandsons.

Mr. Koskoff joined Koskoff Koskoff & Bieder in 1967. The firm was founded in Bridgeport by his father, who had popularized the legal definition of suffering, along with pain, as a category that could be considered in personal injury suits.

Among their first cases together was the defense of Lonnie McLucas, who, with Bobby Seale, the founder of the Black Panther Party, and others, was accused of murdering a fellow Black Panther, Alex Rackley. Prosecutors said the two had suspected Rackley of being a police informer.

The trial began in July 1970 and became a flash point in a period of political unrest as thousands of protesters gathered on New Haven Green and the governor mobilized the National Guard.

Jurors were transfixed by the courtroom showmanship of the Panthers’ odd-couple defenders — the courtly, bald, grandiloquent Theodore and his son, Michael, a newly minted lawyer in his late 20s wearing what was described as a Jewish Afro — defending a black radical as Rosalind Koskoff, on Bastille Day (July 14), sat in the front row of courtroom benches knitting in the spirit of Madame Defarge.

“My father and I set out to prove that a black radical could receive a fair trial,” he said, “and we succeeded.”

The Koskoffs were subsequently enlisted to represent an association of black police officers in Bridgeport in a civil rights suit that sought to compel the city to integrate its force of 450. The police department had only 10 black officers at the time.

The suit led to a federal court order that imposed a hiring quota on Bridgeport for black and Hispanic applicants. That established a pattern followed in similar cases after the Koskoffs brought suits to integrate the fire departments in Bridgeport, New Haven and Stratford. The case had national implications amid growing demands for mostly white uniformed services to hire more members of minorities in cities around the country.

“Marshall,” the film that Mr. Koskoff wrote with his son, starred Chadwick Boseman as Thurgood Marshall, who represented Joseph Spell, a black chauffeur accused of raping the wealthy white woman for whom he worked. In a trial in Bridgeport, Mr. Spell was acquitted after his accuser was subjected to a withering cross-examination that exposed contradictions in her account.

Just five weeks before he died, Mr. Koskoff joined his son Joshua at a news conference in New York to announce the filing of a suit on behalf of Tamara Lanier, a Connecticut woman, against Harvard University over its reproducing 19th-century daguerreotypes of slaves that had originally been commissioned by a Harvard professor. They included pictures of her great-great-great-grandfather and a daughter of his.

The Lanier family called the images “the spoils of theft” in a dispute over who should own the legacy of American slavery.

“These images were taken under duress, ordered by a Harvard professor bent on proving the inferiority of African-Americans,” Michael Koskoff said at the time, his brio undiminished. “Harvard has no right to keep them, let alone profit from them.”