Mother whose child, eight, has identified as a boy since he was four insists he can choose to go back to living as a girl – but is slammed by This Morning viewers who claim it’s ‘nonsense’

A mother has defended her decision to allow her eight-year-old child to live as a boy since the age of four.

Mienna Jones appeared on ITV’s This Morning to speak about her son Dexter, who was born a girl called Talia.

The mother revealed that at age four, her son started to ask her: ‘Why did you make me wrong?’ He has been living as a boy for the last four years.

Mienna, who appeared on the show alongside Claire Muldoon, insisted Dexter would always have the option of reverting to living as a girl.

But the mother was slammed by viewers who branded it ‘nonsense’ to allow a child to ‘choose their gender’. 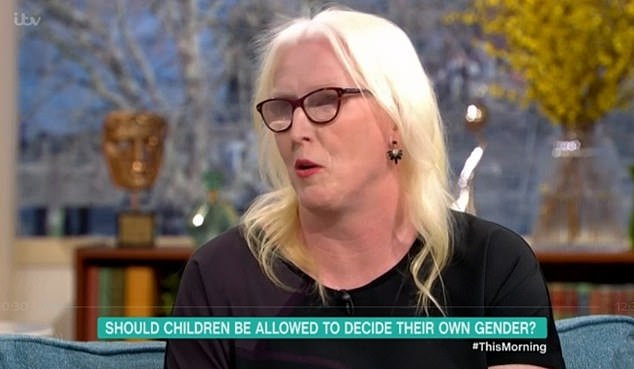 Mienna Jones appeared on ITV’s This Morning to speak about her son Dexter, who was born a girl called Talia. She has supported her son’s decision to live as a boy

Viewers online slammed the mother, saying that the decision was too complex for a child to be making

One wrote: ‘Fully respect how hard that decision must be for the parent but oh my god what a way to mess your child’s head up!’

Another commented: ‘I will never support this topic and never will I teach my child it’s okay to be a boy and if she wants to change if she can! Girl…you were born female and that’s what you will be’.

One wrote: ‘Can’t deal with parents creating a world where their child gets to decide if it’s a boy or a girl. WTF is genderless? No mum stop creating things that don’t need to happen.’

However some praised the mother for her difficult decision, with one writing: ‘Kids aren’t born with prejudice, I know it’s not the same but even three years younger year groups had stories of them coming out as gay that seemed like a dream to me. The world progresses.’

Another wrote: ‘So proud of Mienna Jones talking about transgender kids and the support she is providing to families as via Acceptance UK.’

Meanwhile viewers online slammed the mother, and said they couldn’t agree with her decision to let her child choose their gender

Mienna said that aged two and half Dexter had ‘a real protest’ about wearing knickers and insisted on wearing boxer shorts.

She explained that she ‘let her children lead’ and she thought ‘where’s the harm?’

The mother went on: ‘Be true to yourself and all I’ve ever wanted for my children for them to be happy.’

As presenter Rochelle Humes nodded in agreement, her co-star Rylan asked: ‘Where do you think the line is? Where did you see, “this isn’t just a phase”?’ 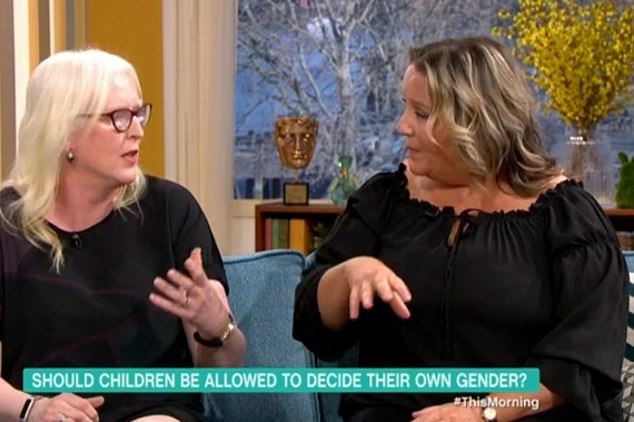 Mienna Jones (left) who defended allowing her child Dexter to choose his gender and Claire Muldoon (right), who called the decision ‘an abdication of parental responsibility’

Some did support Mienna Jones’ decision, reminding others that ‘the world progresses’ on issues such as homosexuality and transgender

Mienna explained that Dexter had struggled to sleep, and said the youngster would lie awake at night and ask, ‘why did you make me wrong? why did you not make me with a willy?

‘At four years old, you’re not taught to say that. That’s really heartbreaking obviously. That was really, really hard.

‘He would put a willy on his Christmas list. This is not just a tom boy. This is different.’ 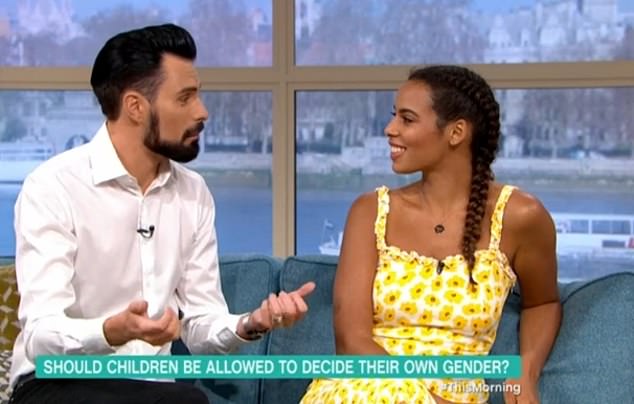 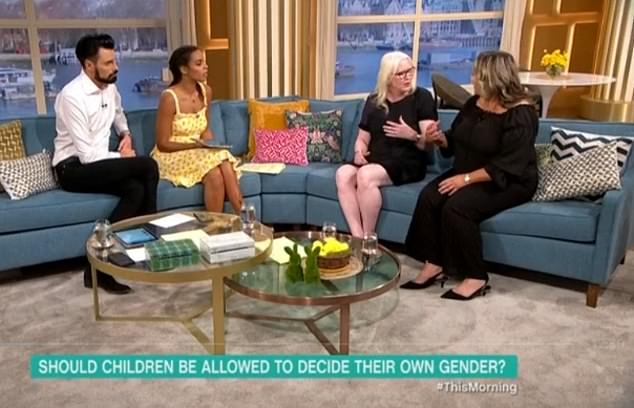 However journalist Claire Muldoon (far right) argued that it was an abdication of parental responsibility, and said the decision was too difficult for children to make at a young age

Mienna took her son to see the GP to check the physical things, and they referred the family to the Tavistock Centre, which is the only NHS run gender clinic for children.

Meanwhile mother of four Claire feels completely the opposite.

Acknowledging that Mienna had done an amazing job of supporting her child, she went on to say that she thought: ‘By giving your child as much freedom around what they feel their gender should or ought to be could be harmful. 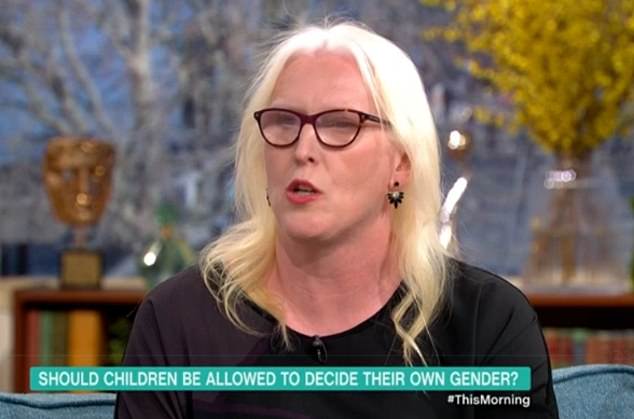 Mienna said that when Dexter was living as a girl, he was miserable, but he was much happier as a boy

‘In some cases it could be seen as abdicating your parental responsibility, giving your child that power to decide whatever gender they are.’

Mienna insisted that she would allow her child to live life as their birth gender, saying she encourages Dexter by saying: ‘If ever you want to go back to living the gender you were born as, you can transition back.

‘Only a few weeks ago, he said he sometimes likes girls things. At the weekend I lay out a set of girls’ clothes and boys’ clothes. And for two weeks on the trot he has chosen girls’ clothes.’