But with a little preparation and a couple of hours in the kitchen you can have some great buffet options in the freezer that you can serve up within minutes – and without any fluster. Here are some treats to keep on ice, ready for emergencies. 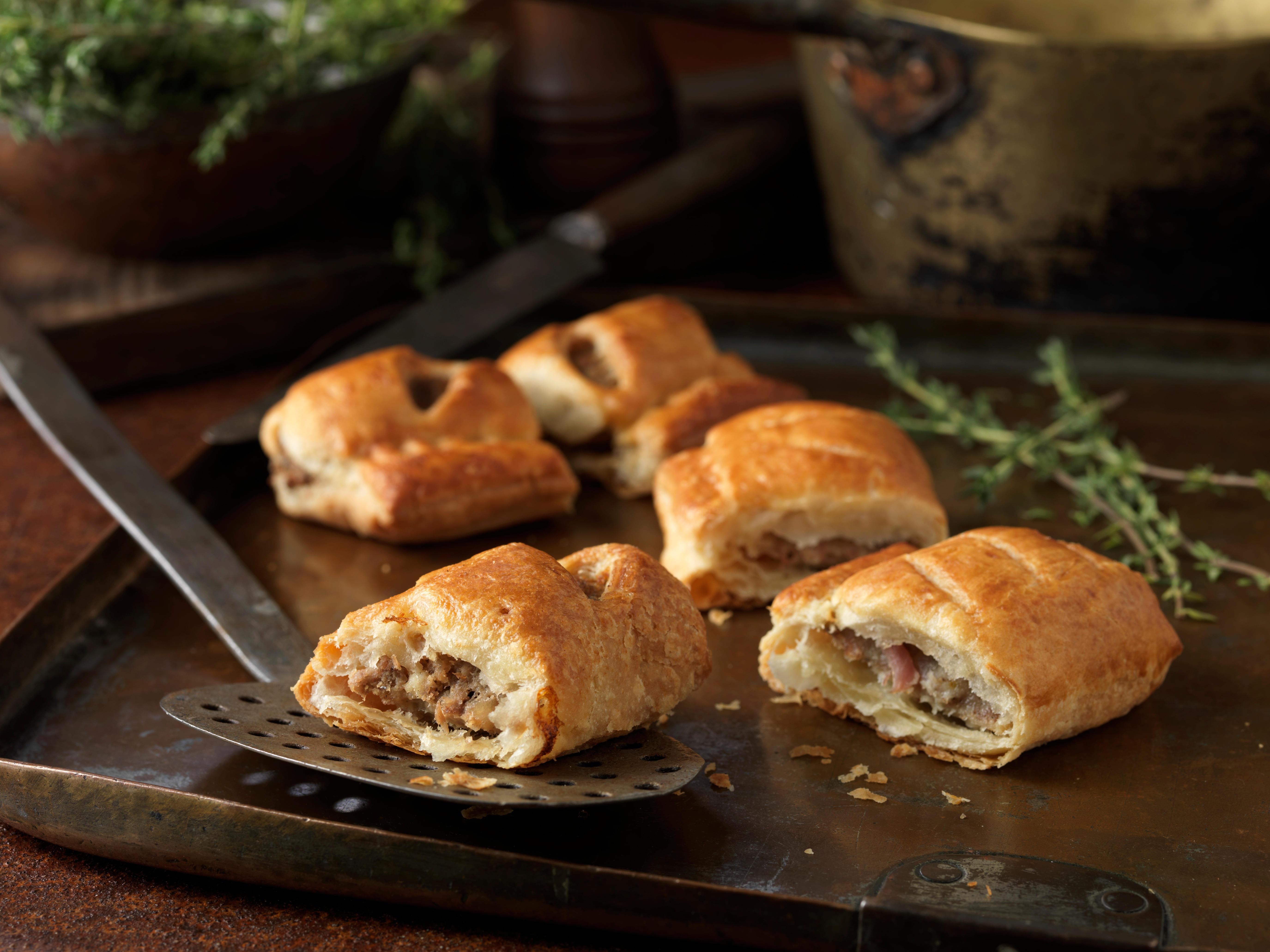 METHOD: Preheat the oven to 200C/Gas 6. Put the apples and water in a pan and bring to boil. Allow to simmer for five minutes to allow the apple to soften.

On a floured surface, roll out the pastry into a long thing rectangle. Spread the mustard all over the pastry, then put the apple on top.

Remove the sausage meat from the skins, place it in a bowl and “squish” it together – the easiest way is using your hands.

Then portion the pastry into nine little oblongs – no need to be exact but you can measure out with a ruler if you want to.

Divide the sausage meat into nine portions and put one on to each little rectangle. Don’t overfill the pastry.

Roll up to form a sausage roll and seal underneath by brushing the beaten egg around the edges of the pastry.

Turn each sausage roll over and make small slits across the top to let out the steam when cooking.

Brush the top of the pastry with egg and bake in a pre-heated oven for 20 minutes.

To freeze, allow to cool, layer between sheets of baking paper and seal in an airtight container.

To serve, defrost them for an hour at room temperature, then warm them in a hot oven for five minutes.

TIP: Make big batches, as these will last for up to six months in the freezer. If you don’t want apple in there, simply leave it out. 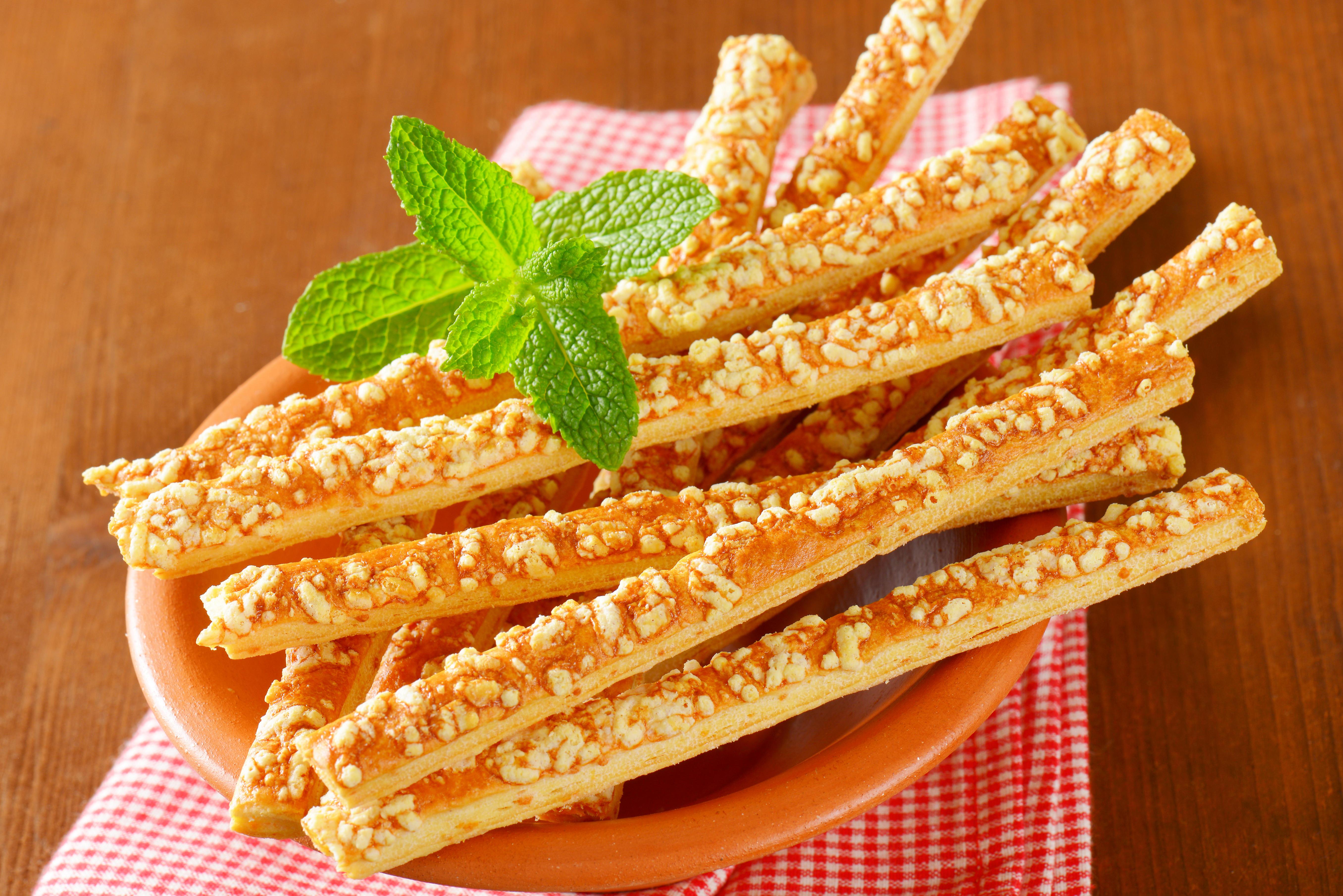 METHOD: Preheat the oven to 180C/Gas 4. Grease a baking tray.

Lay the pastry on a lightly floured work surface and using a rolling pin, roll out to a thickness of about a £1 coin.

Sprinkle cheese over half the pastry, then fold it back over the cheese, and roll out again. Repeat this process, once more if you have enough cheese, keeping a little to sprinkle over the top later.

Now roll out the pastry into a rectangle and cut into strips – you can make small or large straws, and you can twist them too if you want to be adventurous. Arrange the straws on to the prepared baking tray.

Using a pastry brush, coat each straw with the beaten egg, then sprinkle with pepper and the rest of the grated cheese.

Bake in the preheated oven for 20 to 25 minutes, until golden brown.

Allow to cool slightly and remove from the tray.

Once they are fully cooled, put greaseproof paper in an airtight container and layer in the cheese straws before freezing.

Let them thaw at room temperature for 30 minutes before serving.

TIP: You can choose whichever cheese you like – red Leicester, or Parmesan, for example. For colour, sprinkle with poppy seeds. 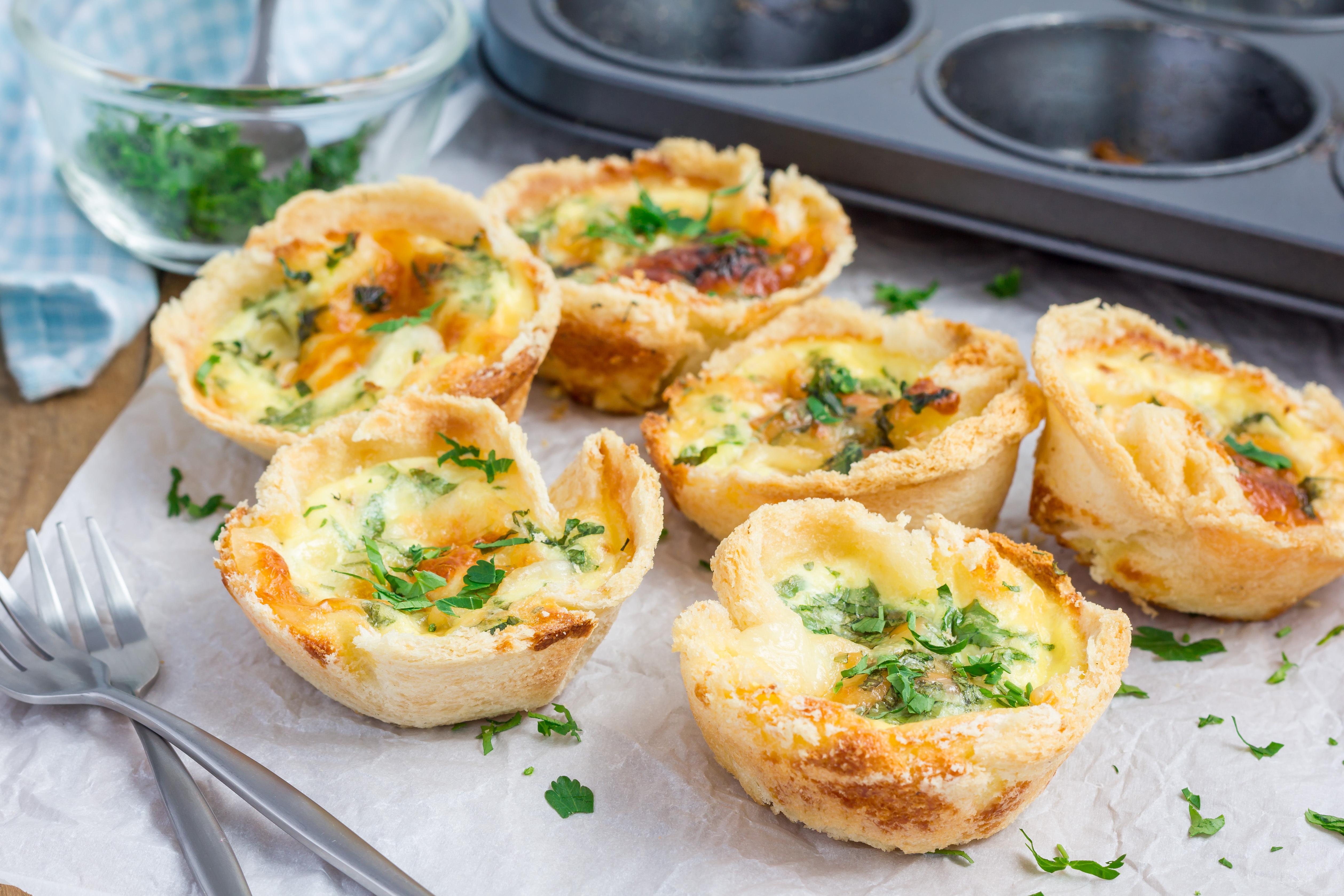 Place bacon in a large, deep frying pan. Cook over medium high heat until evenly brown. Drain any fat, dice and set aside.

Place the cream cheese, milk and eggs in a medium bowl, and beat until smooth. Stir in grated cheese and spring onion, and set aside.

Cut pastry into ten rounds. Press into the bottom and sides of each muffin cup, forming 6mm rims.

Sprinkle half of the bacon into the bottoms of the pastry-lined muffin cups.

Spoon about two tablespoons of the cream cheese mixture into each cup.

Sprinkle with parsley, then bake for 20 to 25 minutes in the preheated oven, until filling is set and rims of the tarts are golden brown.

Sprinkle with the remaining bacon, and lightly press into the filling.

Remove from tin, and allow to cool completely.

Freeze in a single layer in a covered container. Allow to defrost at room temperature for 40 minutes.

Reheat on a cookie sheet in a 180C oven for about ten minutes.

TIP: These are super-versatile. Replace the bacon with fried onions to make a veggie cheese and onion version. Or add broccoli and cubed red pepper instead.