No Hard Feelings! Why Britney Spears' Brother Didn't Go to Her Wedding

Britney Spears and Sam Asghari‘s wedding wasn’t exactly a family affair, but the bride’s brother, Bryan Spears, wanted to be there for the big day.

Who’s in the Zone? Inside Britney Spears’ Inner Circle

The pop star, 40, and the fitness trainer, 28, tied the knot in California on Thursday, June 9. Us Weekly later confirmed that none of Britney’s family members were in attendance, despite reports that Bryan, 45, would see his sister walk down the aisle. Shortly after the nuptials, Bryan’s girlfriend, Amber Lynn Conklin, gave fans more insight into his whereabouts on the pair’s wedding day.

“Ironically Lexie had her 5th grade graduation & we couldn’t help the timings 😭,” Conklin explained in a comment on her and Bryan’s joint Instagram account, referring to Bryan’s 11-year-old daughter, whom he shares with his ex-wife, Graciella Sanchez. “Bryan felt terrible having to choose but he had to be there for his daughter and sent his love to Britney x1000000 💖💖💖 We are so sad to miss such an important moment but so so happy for Britney and Sam’s Marriage!🙏.” 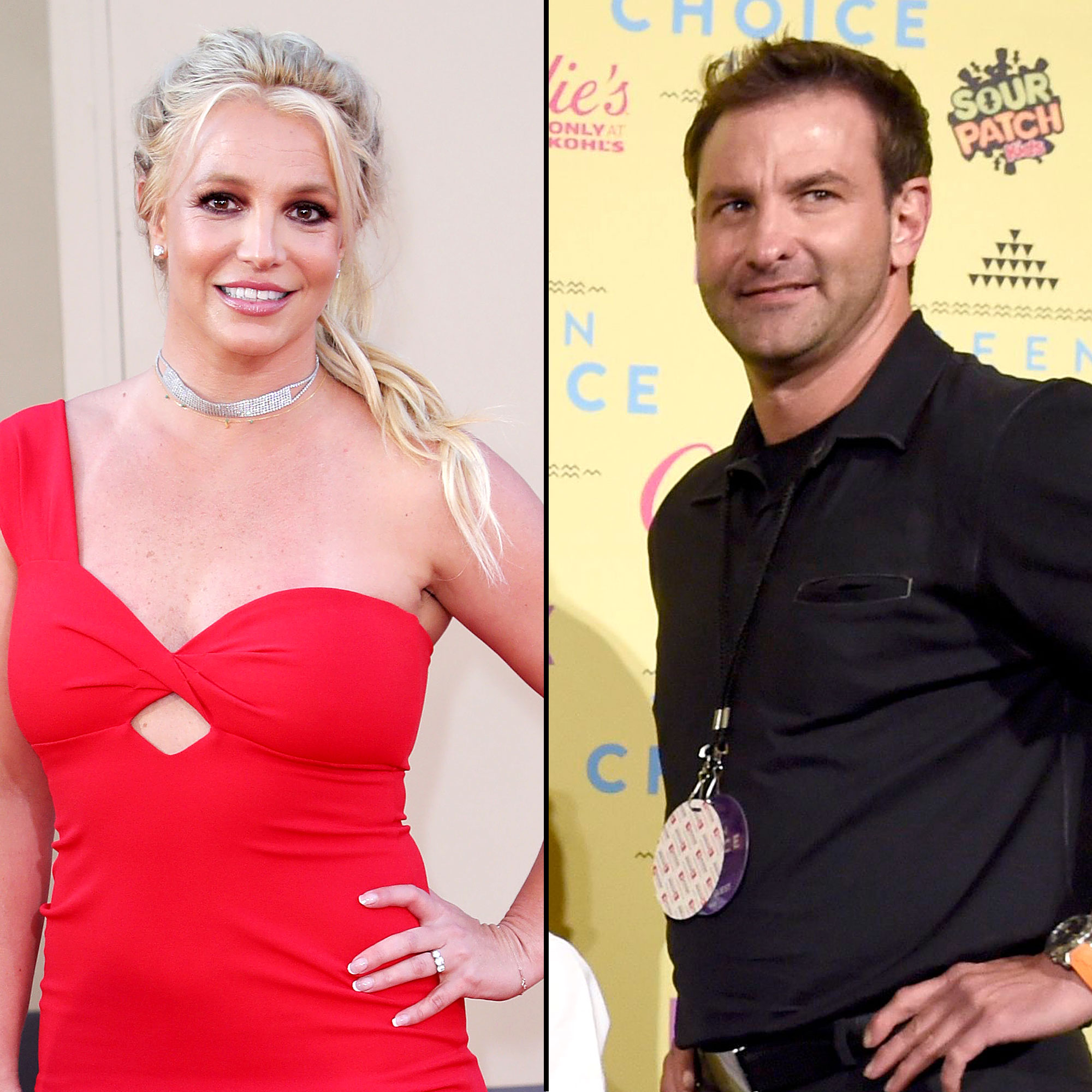 Britney’s older brother and his daughter weren’t the only family members to miss the wedding. The Grammy winner’s sons Preston, 16, and Jayden, 15, whom she shares with ex-husband Kevin Federline, also didn’t see her and Asghari exchange vows. “Although the boys will not be in attendance, Kevin and the boys are happy for Britney and wish her and Sam all the best going forward,” Federline’s lawyer told TMZ on Thursday.

The “Circus” performer and the actor got engaged in September 2021, two months before Britney’s 13-year conservatorship, helmed by her estranged father, Jamie Spears, was officially terminated. When it came time to stand at the altar, Britney was overcome with emotion.

Britney Spears and Sam Asghari: A Timeline of Their Relationship

“Britney arrived in this beautiful horse carriage that looked like it came straight from a fairy tale,” a source exclusively told Us. “Britney cried during the ceremony and Sam was sweetly wiping her tears. … Everyone was in a good mood and so happy for Britney, especially seeing what she’s been through these last couple of years.” 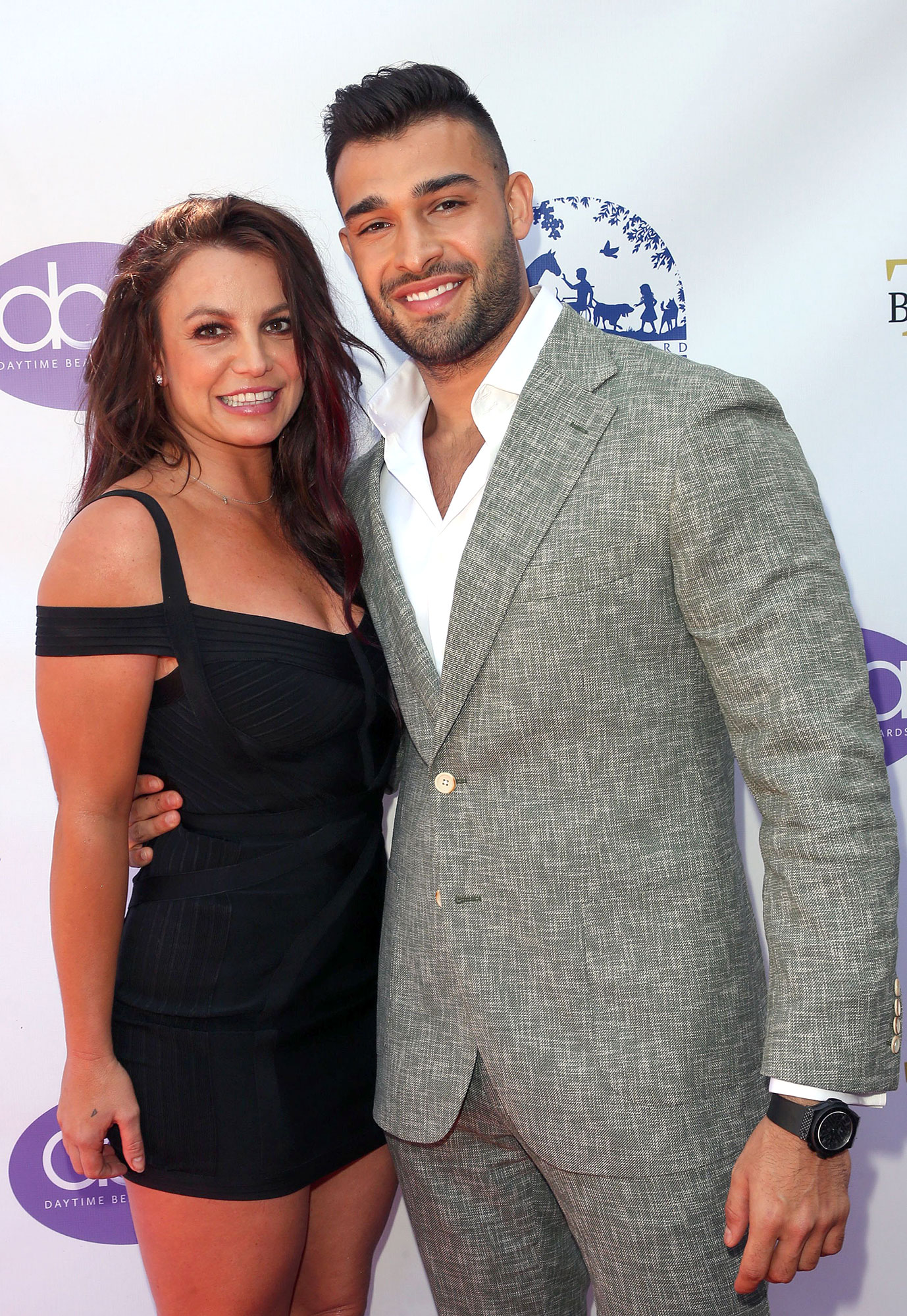 Though her parents and sister Jamie Lynne Spears didn’t celebrate the special moment, the wedding was attended by Madonna, Selena Gomez, Drew Barrymore and other A-listers. After years of public drama, Britney’s mom, Lynne, congratulated the “Toxic” singer on her marriage.

“You look radiant and so happy,” the Missouri native, 67, commented on Britney’s Friday, June 10, Instagram post. “Your wedding is the ‘Dream’ wedding! And having it at your home makes it so sentimental and special! I am soooo happy for you! I love you!”

The 31-year-old Zoey 101 alum, for her part, “liked” a social media post about Britney’s wedding one day after the ceremony.