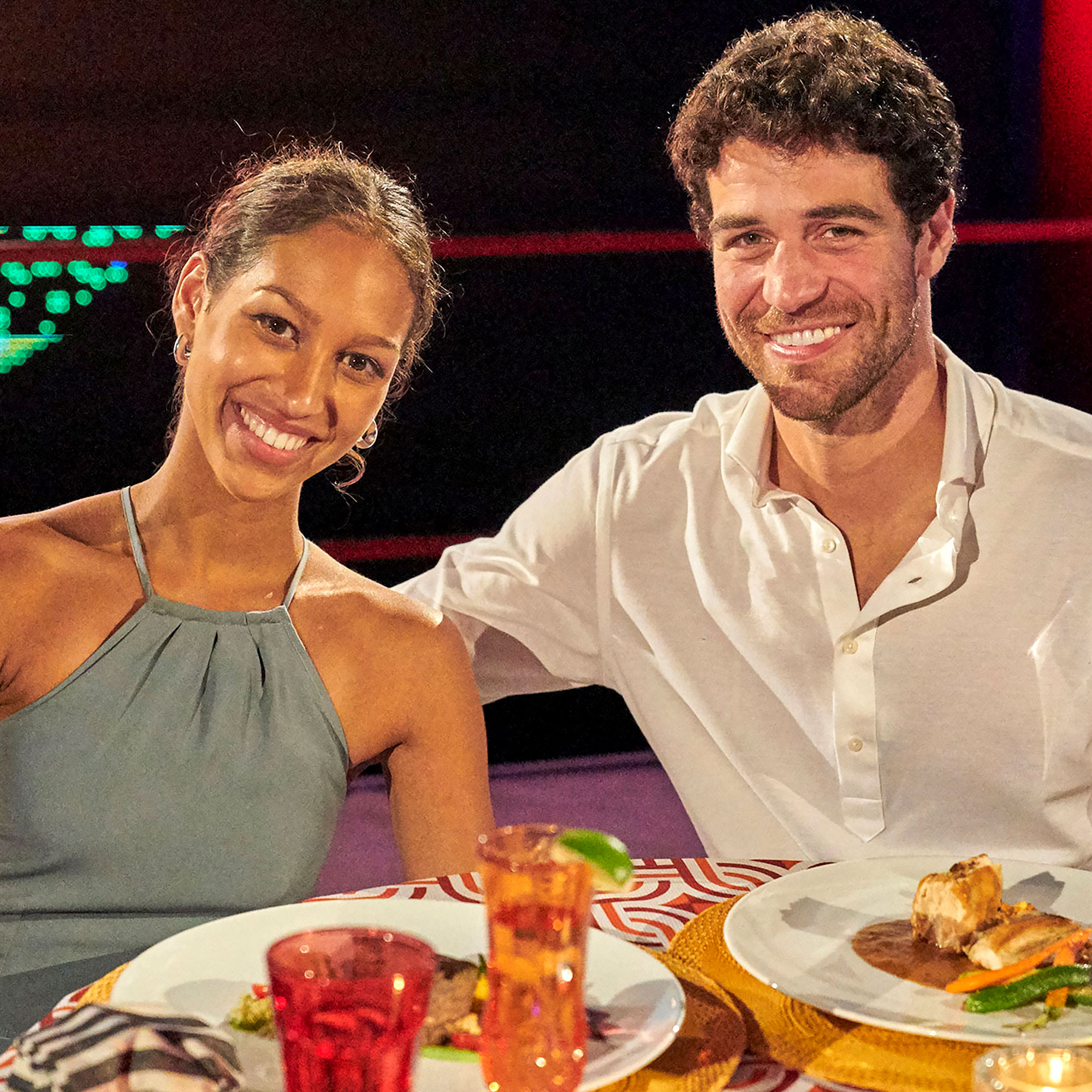 Oh snap! Bachelor in Paradise‘s Serena Pitt is poking fun at her 11-year age gap with fiancé Joe Amabile — with a little help from Blake Lively and Ryan Reynolds.

In her latest TikTok video on Wednesday, October 13, Serena, 23, led with a question that she’s been asked a lot since Joe, 34, proposed to her on the season 7 finale of the Bach spinoff: “Why are you engaged to someone who is 11 years older than you?”

Her answer to this question included a photo gallery of celebrity couples in which there is a sizable age gap between the pair: Lively, 34, and Reynolds, 44; Adam Levine, 42, and Behati Prinsloo, 33; Beyoncé, 40, and Jay-Z, 51; and George Clooney, 60, and Amal Clooney, 43.

The final shot of the video was a smiling Serena showing off her diamond engagement ring as if to let fans know, she and her fiancé are in good company.

“Mama said that it was ok 🤷🏽‍♀️,” she captioned the clip, which fittingly featured the 2014 song “Mama Said” by Danish pop band Lukas Graham as its soundtrack.

Joe also shared the video on his Instagram Story, commenting, “I mean… she ain’t lying.”

Earlier this month, the BiP couple told Us Weekly that they were planning on moving in together in the spring. “We’re deciding between probably three locations, either Toronto, Chicago or New York,” Joe said on October 6. “We’ll figure it out.”

The Bachelor season 25 alum agreed, noting that the pair have “a little bit of time” before they have to make a big move. As excited as they are to take that next step in their relationship, the decision on where they move will depend on “whatever makes the most sense for us personally and professionally at the time,” she explained.

However, the Toronto native admitted that her parents might have something to say about her next steps with the former grocer.

“I think shock was the first emotion, definitely shock, but I mean, we have a great relationship,” Serena told Us of her parents finding out about the engagement. “They’re very loving and supportive and as much as I would say, they’re still a little bit shocked by all of it — I mean, it’s just very unconventional [but] they’re just excited to be a part of it and be able to share it now with their family and friends and get to know Joe more.”

Something Serena’s family might already know about her Chicago-based fiancé is that he briefly dated fellow BiP alum Kendall Long, who appeared with them on season 7. Before Joe proposed to Serena, Kendall, 30, returned to paradise to get some closure with her ex-boyfriend, whom she met on season 5 of the spinoff in the summer of 2018.

“I’m really excited for you and Serena,” the California native said on the season 7 finale. “And I felt like I couldn’t leave the beach without fully, like, expressing that to you.”