Production in Europe Rebounds, But Box Office Lags Way Behind 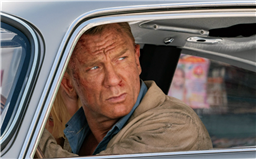 Europe’s movie production levels bounced back to pre-pandemic levels in 2021. The continent’s box office, however, lagged way behind, gross revenues coming in at less than half those before COVID-19, according to the 2022 edition of Focus – World Film Market Trends.

A reference for much of the film industry in Europe, the annual report is prepared for Cannes Marché du Film by the European Audiovisual Observatory. The full report will be made available on May 17 at the beginning of this year’s Cannes Festival.

First details released from the report focus on a disconnect whose repercussions will play over Europe this year. Europe’s production halt in March 2020 was dramatic, but “comparatively brief,” the Focus report argues. Measuring productions in terms of films starting principal photography, receiving public funding or being certified, 2021 production activity often exceeded its pre-pandemic levels, the report announces.

One question is whether such levels will prove sustainable as long as cinema attendance lags behind pre-pandemic levels, it adds.

This limited box office recovery is stark. Gross box office in the European Union and the U.K. only increased moderately in 2021, from €2.1 billion to €2.9 billion, accounting for 42% of pre-pandemic levels. One good reason for the plunge is that cinemas remained closed for a substantial part of 2021, four months in the U.K, through July in Germany. Other factors, however, take in “the negative effect of attendance restrictions, possible hesitancy among audiences to return to cinemas, the return of U.S. studio blockbusters and the differing strength of local films,” the report argued.

That hesitancy to go back to theaters is unlikely to have disappeared overnight on Dec. 31. The Cannes Festival may give guidance as to how cinema attendance has improved, or not, in the first quarter of 2022.