Rebel Wilson takes to the stage in Sydney

Rebel Wilson is set to make her Australian main-stage debut with the Sydney Theatre Company next year. The Pitch Perfect star will play Maureen Folan in the 1996 comedy, The Beauty Queen of Leenane. 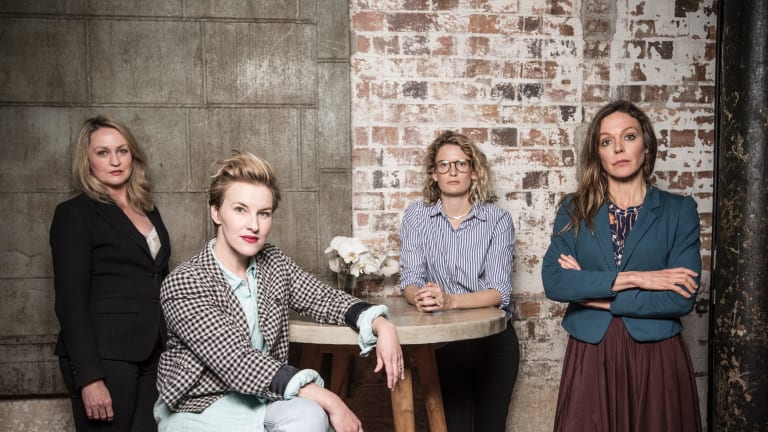 Wilson, who graduated from the Australian Theatre for Young People in 2003, said Beauty Queen, by Martin McDonagh (In Bruges, Three Billboards Outside Ebbing, Missouri), was the first professional production she ever saw. "I am really excited to come back to STC to be in this play," she said. "To me, the play holds a lot of significance."

Sydney Theatre Company has been in discussions with Wilson for "a couple of years", according to artistic director Kip Williams.

"We had a different play on the table and she came back to us and said, 'Thanks very much, very interested in that. But I would love to do Beauty Queen of Leenane'," he said.

The play is described as an "ink-black modern classic".

Williams says he has no concern about Wilson's name overshadowing November's production. "It's interesting, when you have an actor who has a high profile there is the first 30seconds when the audience is adjusting to being in the same room with that person and then that actor invariably is extraordinary at what they do and they make you forget. You start to watch the character and you start to get absorbed in the story and away we go."

Williams has programmed the 12 plays of the 2019 season to examine the ways in which we battle for power – both at home and in the wider, political context.

"How do we claim power and what are the systems in play that enable you to do that?" he says. "Who gets it and who doesn't get it? We also have looked at the way in which the families are becoming politicised and the generations are splitting."

An adaptation of William Golding's seminal 1954 novel The Lord of the Flies, starring Mia Wasikowska as Ralph, is one of several plays dealing overtly with the theme of power.

As well as providing allegorical commentary on the dangers of fascism, Williams, who will direct, says Golding also makes a more obvious point. "He had worked as a school teacher in an all-boys school for number of years, and so the piece is also a study of young men at a critical point where they're modelling themselves on male role models. He demonstrates the way young boys are indoctrinated into cruel ways of engaging with one another."

Williams will also direct Hugo Weaving – who won praise for his role in this year's The Resistible Rise of Arturo Ui – in Cat On a Hot Tin Roof. Weaving will play opposite Pamela Rabe, a combination Williams describes as a "thrilling prospect", with Zahra Newman as Maggie the Cat.