‘Riverdale’ Parents' Have a Connection With the Gargoyle King

Alice, FP and the other Riverdale parents revealed their surprising connection to the Gargoyle King during the Wednesday, October 17, episode. 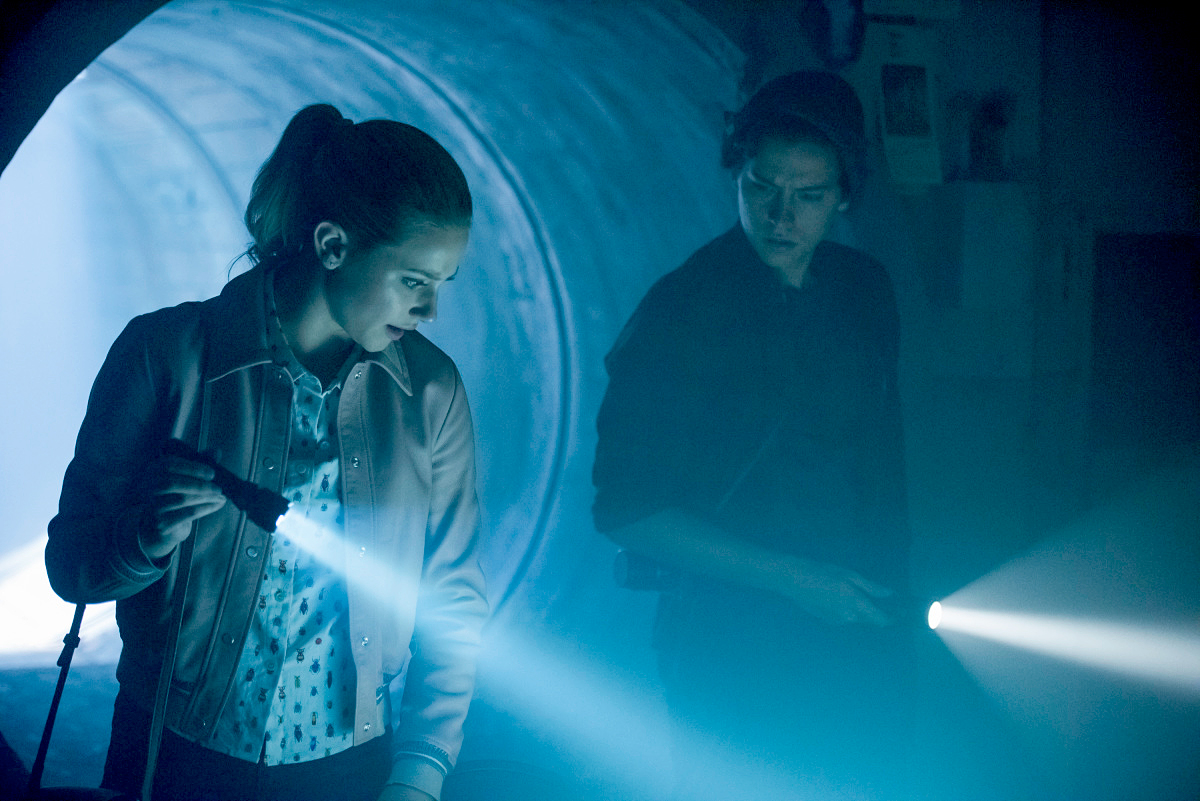 Sins of the Fathers … and Mothers

Betty (Lili Reinhart) and Jughead (Cole Sprouse) set out to investigate Dilton Doiley’s death after his ritual gone wrong with another boy named Ben (Moses Thiessen), who was in a coma. The coroner wasn’t sure if it was a suicide or a murder, but the young men were found with blue lips, which he attributed to a blue drink mixed with cyanide.

FP (Skeet Ulrich) and Alice (Mädchen Amick) instructed Betty and Jughead to stop snooping around, especially following Betty’s seizure (her doctor said it was stress-related), but they sought out Ethel Muggs (Shannon Purser) after she visited Ben at the hospital. Ethel claimed she was Ben’s girlfriend and the duo hung out in Dilton’s secret bunker. She reluctantly offered to show the space to Betty and Jughead, but when they went to meet her, they found the Gargoyle King, whom they were able to outrun.

Bughead located the bunker on their own and discovered a missing boy, too: Dilton’s protégée. The couple confronted Ethel for supposedly lying about several details of the game, but she suffered from a seizure as she tried to warn them about discussing the Gargoyle King’s affairs. The Farm leader Edgar Evernever’s daughter Evelyn was suspiciously present during both Betty and Ethel’s seizures.

Meanwhile, Hermione (Marisol Nichols), Hiram (Mark Consuelos), Alice, FP, Fred (Luke Perry), Tom Keller (Martin Cummins), Penelope Blossom (Nathalie Boltt) and Sierra McCoy (Robin Givens) gathered at the mayor’s office. The group revealed that they made a vow to never talk about a secret they buried years ago, but the recent events might lead back to them. They worried that whatever occurred in their past might be happening again and their children were in danger — especially since it had something to do with the blue lips.

Betty and Jughead later visited Ben at the hospital and found him sitting in a window as he professed his faith in the Gargoyle King and fell to his death while speaking of ascension and the villain’s plan.

Archie (KJ Apa) sought out the Serpents when he arrived at juvenile detention, but Joaquin (Rob Raco) was unwilling to offer him protection unless he shived a Ghoulie, which Archie refused to do. Instead Archie was targeted by the Ghoulies as his cellmate, Mad Dog, suggested he act like an animal to survive.

Archie wanted to bring humanity to the facility, so he organized a football game. However, Hiram, who was friends with the warden, orchestrated a riot among the inmates and the guards. Archie was blamed for the attack, and a guard informed him that Mad Dog was killed in the ordeal, even though he was not even there. The warden later “tapped” Archie to do his bidding from now on.

Meanwhile, Veronica (Camila Mendes) was working on freeing Archie with her own chapter of The Innocence Project, and she snuck into the juvie center after her father had her banned.

Riverdale airs on The CW Wednesdays at 8 p.m. ET.