With Beyonce’s Halo, Leona Lewis’ Bleeding Love, Adele’s Rumour Has It and his own band OneRepublic’s Apologise among his hit credits, few songwriters have – for better or worse, depending on your taste for dramatic ballads – dominated modern pop music as Ryan Tedder.

The OneRepublic frontman has an eye-opening pay cheque to prove it. In January, in a decision echoing recent moves from the likes of Bob Dylan, Neil Young and Paul Simon, Tedder sold his songwriting catalogue to US private equity firm KKR for $US200 million ($276 million). 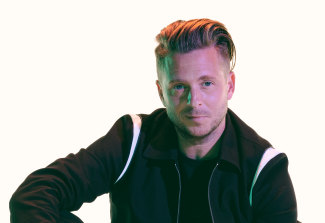 “For me, it was just a perfect storm,” explains Tedder from his studio in Los Angeles, citing his decision on an historic high in the market value of music publishing and a favourable-yet-expiring long-term capital gains tax rate in California. “If I’d done it four years ago it probably would’ve sold for half that, so I got really lucky. My business team was like, ‘Ryan, if you’re ever going to do it, it’s now or never.’”

While he’s quick to add that he reinvested in the catalogue so he retains some control over how his songs are used and licensed, Tedder, 42, is well aware that talk about “capital gains tax rates” is decidedly un-rock ‘n’ roll.

“It’s never been popular to be a successful artist and have any clue about finances or how to handle money,” he says. “They don’t give you a handbook when you sign a record deal; that’s why so many artists end up inexplicably broke or bankrupt years down the road with nothing to show for their work because they got taken advantage of by their managers or attorneys or whatever.

“I spent my entire 20s and 30s using only the right side of my brain because I lived in such an artistic world and I didn’t want to be bothered with anything that had to do with money; I thought it was grotesque and I rarely asked my team how much I was making because it undermined the reason why I got into music. But in the last five years I’ve sharpened up and I’ve been using my left brain more often.”

Even so, the right brain remains dominant. Alongside OneRepublic’s Human, the band’s first new album in five years, Tedder’s been busy songwriting for artists including Avril Lavigne and Lil Nas X’s much-anticipated debut full-length. Two decades into his pop career, his approach to songcraft verges on the mathematical.

“When I’m writing for pop stars, I adhere a lot more to the rule book,” he says. “You have to start fundamentally with a concept – a word, a phrase, a lyric – that’s unique, and that’s the most important thing. A song is only as good as its main concept, and no amount of me manipulating or tweaking things will fix it. You can’t polish a turd, so to speak.”

Tedder suggests his skill lies in arranging an engaging journey of “peaks and valleys, dynamic tension and release, and unexpected turnabouts” across the space of a two-and-a-half minute pop song.

“I need every four bars to make you want to listen to the next four bars,” he explains. “The people who are the best at that, like [songwriter and producer] Max Martin, there’s something indelible in those songs where you can’t explain why but you just need to hear the record over again.” 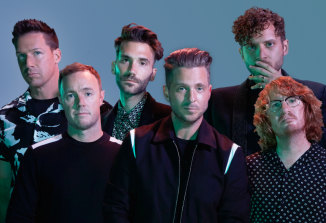 With such an established reputation Tedder’s main role these days in outside projects is as a song doctor – record labels will bring him into the studio when an artist’s song is about half-done to work his chart-topping magic.

“It’s like, ‘Ok, I need to find what’s happening in this song that’s bothering me.’ You’re looking to remove those moments that are either redundant or annoying,” explains Tedder. “Over the course of a three-minute song there might be 95 tracks of hi-hats, snares, drums, harmonies and so on – that’s over 2700 moments where something could be off. So you’re just combing through the record to get to the point where you wanna go back and hit start again.”

Tedder learnt his craft by studying pop hits in the late ’90s, obsessing over songwriters like Diane Warren, David Foster and Babyface and the chords and melodies that made their songs tick.

“It’s no different to someone who watches a lot of cooking television and then one day realises, ‘Wait a second, I know this, I’m actually a decent chef,’” he says. His main problem now, he adds, is in recapturing the naivete that defined his first two big hits: 2007’s Bleeding Love and Apologise.

“They broke so many of the songwriter rules that I know now, and part of the reason Bleeding Love was so big is that it sounded like nothing else that was out,” says Tedder. “I know so much about songcraft now that I don’t even know if I could write that song again.”

Part of the ongoing quest, he says, is to create “those unicorn songs that don’t sound like anything else”, like Lil Nas X’s Montero (Call Me By Your Name).

“That’s a perfect example of a recent song that was huge that breaks a lot rules,” says Tedder. “That song is so weird – the arrangement’s weird, the guitars are weird, there are so many stops and starts that you can’t really figure out what the chorus is – and yet it’s a smash.”

His new work with OneRepublic shows he can still achieve those WTF moments. Human’s stuttering ballad Didn’t I features the incredibly specific lyric, “Do you remember all those dreams we made after a few drinks in the kitchen of your brother’s apartment?”

“That’s always been a tendency of mine,” laughs Tedder, “to get very specific in the verses and then broad in the choruses. The point of being so specific is that, a) it’s so honest that you know it really happened, and b) all of a sudden the listener can picture themselves in that same scenario.

“In my perfect world, if I had enough interesting stories I would write that way all the time because they’re my favourite moments in songs. It’s something that [songwriter] Julia Michaels does so well, or even Olivia Rodrigo’s stuff where you know she’s describing exactly what happened in her life at 17. That’s what people want, that honesty.”

Despite his staggering success in the pop world, Tedder says he doesn’t feel any “emotional or sentimental attachment” to his songs (I imagine $276 million in the bank might do that for you).

“I was in New York yesterday and this song was playing over the speakers somewhere, and for a second I was like, ‘What is that song? Oh, it’s our song!’” he laughs. “The fact that I sold it, I don’t sit there and go, ‘Oh, it’s not my song anymore.’ I wrote that; that’s still my song and I can still perform it.

“In the US, your copyrights are legally returned to you after 35 years. I’ll be an old man by then but at least I know all those songs that I just sold I’ll get back and my kids and my grandkids will have them. But right now, I’m building a whole new catalogue.”

In need of some good news? The Greater Good newsletter delivers stories to your inbox to brighten your outlook. Sign up here.