School trip to an asylum and other cautionary tales

I love those moments on radio when a presenter tells a bizarre tale from their past, believing it unique, only to have people ring up and say: “Oh, sure, that happened to everyone, it was just standard at the time.”

In my case, it was our school excursion to the Kenmore Psychiatric Hospital at Goulburn. It was a day trip from my school in Canberra. We were in year 9, as I remember it, which makes it 1973. We walked in, holding our packed school lunches, and were confronted by the horrors of an early-'70s asylum for the mentally ill.

It was like a scene from a badly-made horror film, with people in straitjackets, thrashing around and screaming in some mixture of delirium and agony as we were led through, dressed in our private school uniforms. It was the most disturbing thing, I imagine, any of us had ever experienced. 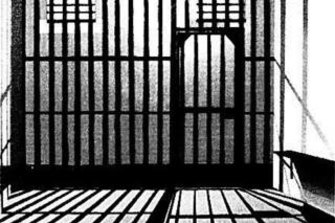 Visits to prisons were a warning to the young.Credit:Fairfax

I don’t quite know what the point was, other than to understand how lucky we were, and how grateful we should be for the life we had. Forget the privacy of the patients. Or the way we’d all have nightmares for years.

My story, delivered on radio with as much gusto as I could manage, failed to leave my radio listeners gasping in the way I’d hoped. School excursions to mental asylums were, I soon learnt, commonplace in the '60s and '70s.

One caller said his school made several visits a year, with each child issued a packet of 10 cigarettes so that they might offer a smoke to favoured patients as they passed through – a sort of quid pro quo for the indignity of being put on display.

All these years on, he makes the sheepish admission that most of the cigarettes were pocketed by the children.

It wasn’t only asylums that attracted eager school groups. Many reported being taken to prison. In one case, after visiting Long Bay, the students paused halfway home to meet former inmates in a halfway house in Glebe.

Keep on the straight and narrow! That seemed to be the idea. Play by the rules! Look what might happen!

One Catholic school created a simplified version, in which a group of students, led by a teacher, would walk up to Kings Cross and have a good, long look at all the prostitutes and drug addicts.

If all this seems peculiar, it was part of the spirit of the time. Both parenting and schooling were seen as an opportunity to deliver cautionary tales.

It would start when you were a toddler. Pull a funny face and you’d be told “if the wind shifts, you’ll stay like that”, a notion frightening enough to put your average three-year-old in therapy for life.

Later, further bizarre tales were offered. If you accidently swallowed an apple seed, a kindly parent would explain that an apple tree was likely to grow inside your stomach, its branches pushing ever upwards and outwards until you burst. If you complained about your face being cleaned with a flannel, you’d be told it was the only way to stop potatoes sprouting from your ears.

Who was writing the parenting manuals? Hieronymus Bosch?

In the later years of school, such cautionary tales would re-emerge during your session with the school career’s advisor. The phrase “will not amount to anything” was as common as bird song.

I assume it was meant in a kindly fashion, in order to give people what was known at the time as the “required kick up the bum”. And often, by the way, it worked.

Who was writing the parenting manuals? Hieronymus Bosch?

The British children’s writer Malorie Blackman was told by her careers adviser that she wasn’t good enough – a comment, she says, that spurred her on. As she puts it, she thought: “I’ll show you, you old cow.”

The American humorist David Sedaris recounts that his father repeatedly told him as a young man, “You are a big fat zero”. “I’ll never know if my father did this to hurt me or to spur me on,” says Sedaris, “but on both fronts he was wildly successful.”

Which brings us back to the school excursion. Aside from the prisons and the asylums, there was huge enthusiasm for what can only be described as tough workplaces. Again, it was a cautionary tale: study hard and get yourself a white-collar job or you’ll be coping with all of this.

A trip to the sewage works was common; so were trips to coal mines, steel works, and – most common of all – abattoirs.

Listeners described, at age 13 or 14, seeing pigs having their throats slit, before moving on to the room where the flesh was cut from the carcasses. Afterwards, I was told by one listener, there was a trip to McDonald’s “where everyone ordered the Filet-O-Fish".

How many vegetarians were born via this method, I cannot say, but the likely answer is “many”. Also, one imagines, an increase in the number of students deciding to try that little harder in terms of their HSC.

Of course, children these days get none of this. Instead they are taken to Parliament House.