Poultry suppliers have seen demand for backyard chickens go through the roof of the henhouse following a perceived shortage of eggs in supermarkets.

They now have orders exceeding their ability to supply birds on the point-of-lay while a shortage of live chickens in NSW is being augmented by deliveries from Queensland. 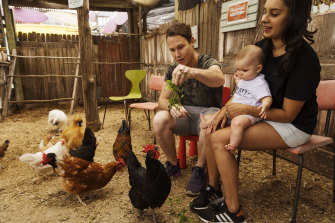 The peak body for the egg industry in Australia, however, assured shoppers that there was no reason for panic buying with availability expected to be steady throughout autumn and winter.

Daniel Yakich, owner with his wife, Simone, of the New Leaf Nursery at Ingleside near Mona Vale, said they had more than 300 callers wanting to order chickens over three days.

"I had to employ someone just to answer the phone and explain that we had run out of birds," he said. "Our pens can only hold 50 birds and they were sold instantly."

Laymour Poultry Farm near Windsor has been in the business since 1958 and normally sells 400 birds over a month. The last delivery went in two weeks. They said an extra delivery of 250 birds sold in just over a day.

"When our April delivery of 400 birds comes in on April 8 we will work our way through a list of 1032 orders. We have kept our prices at about $24 a bird because we want the repeat orders when this is all over," owner Craig Hogarth said.

"Some are replacing birds they have lost to foxes or bushfires but a lot of the orders are from new customers, people are trying to be more sustainable in the way they live."

At Evans Chickens in Maraylya, north-west Sydney, their website "egg-cited by all things poultry" says they have been overwhelmed with calls and texts. A delivery of Hyline brown layers at $30 each is expected in the middle of April. 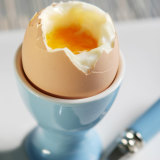 The perfect breakfast, no need for panic buying.

Owners Rodney and Joanne Evans said they had been swamped by 100 calls a day. "There are two types of buyers, those who just want eggs and those who want something to do with the kids," Mr Evans said.

"We are trying to avoid the 'Christmas puppy' type buyers by vetting them – asking if they have a pen or if they have owned chickens before."

At pet products supplier Omlet.com Johannes Paul said they had seen seen a 67 per cent increase in demand for their Eglu chicken coops over the last two weeks.

"Keeping pet chickens is a great way to ensure a consistent supply of eggs for your family and for kids to learn about where their food comes from," he said.

Rowan McMonnies, Australian Eggs’ managing director, however, said recent egg shortages in stores were demand driven and there has been no reduction in supply.

"As things continue to calm down, consumers can expect the availability of eggs to be steady across autumn and winter," he said.

"There are seven million commercial laying hens in NSW and every one of them is still laying an egg a day."

Looking for some good news?

We could all do with some good news right about now. That’s why we have launched The Good News Group, a Facebook group where we’ll share uplifting, inspiring and positive stories and invite members to do the same. Join the group here.