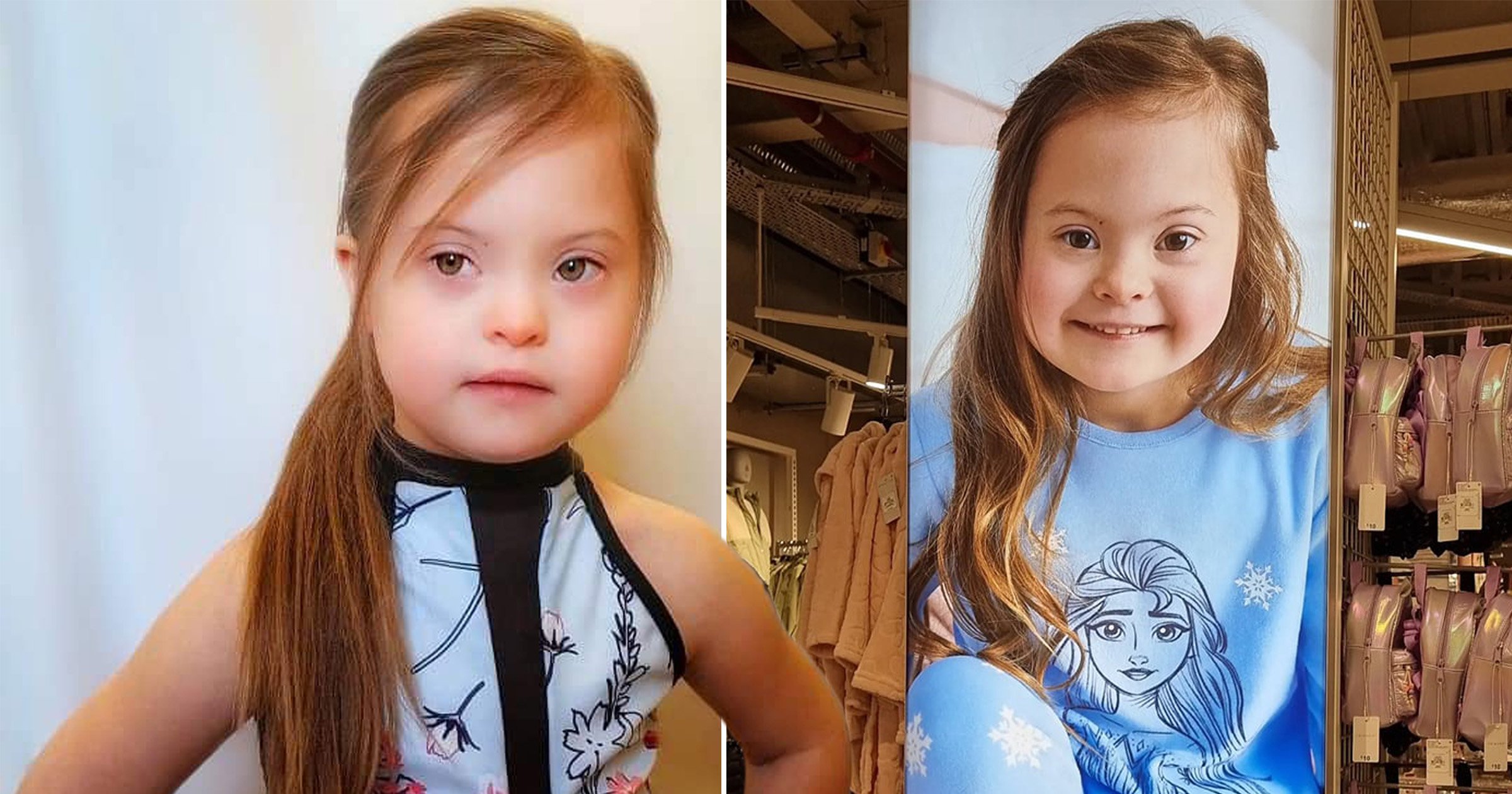 A seven-year-old with Down’s syndrome has become the latest face of Primark.

Little Francesca Lockwood has been a child model for two years and has previously worked for companies like Google, Mothercare and Early Learning Centre.

From Rotherham, South Yorkshire, Francesca was only five years old when she began her career. Now, her star work ethic and personality have seen her score repeated bookings with Primark and other major brands.

Her mum Melissa Lockwood, 43, is unsurprisingly proud and is also thrilled that brands are championing diversity and inclusivity.

‘Certain companies are leading the way with being more diverse in their choice of models,’ she explains.

‘It is so important for people in the Down syndrome community to see people like themselves achieving things in the mainstream.

‘I think the more exposure, the better and Primark is a great platform for this.’

Currently, Francesca is on the books with London based modelling agency Bonnie and Betty. Alongside the Primark gig, she also modelled for My Vintage Kid, My 1st Years, Tomato Glasses UK, Boden and Jeans for Genes day.

So, it is no surprise that Primark chose her to model ranges on two separate occasions.

‘I love to see Francesca in campaigns. I remember the first time I saw her on a website, just how amazing it was,’ Melissa said.

‘However, it was utterly topped by seeing her photos in the store – I almost cried when we walked in, and she was up on the wall larger than life.

‘It was a huge proud mummy moment; I couldn’t believe it was my little girl up there.

‘She was so excited too and so proud of herself. She loves telling people she’s in Primark.’

Melissa notes that she understands Francesca may have been initially chosen for jobs based on her disability. However, she says this isn’t necessarily a bad thing.

‘There may have been an element of her being chosen because she has Down Syndrome, but if that makes disabilities more visible in society, then that can only be a good thing,’ she explains.

‘Her disability may have ticked a box to start with and been an opening for her with brands, but she has been invited back to jobs with the same brands since then.

‘She has had repeated jobs with Primark and Mothercare not because she has Down Syndrome, but because she is a very good model, follows directions well, and is professional on set.’

‘The industry has come a long way in terms of diversity, but there’s still an awful long way to go too. I’d love for it to be the norm for all types of people to see themselves represented in ad campaigns and in stores.’

Trolling often comes with putting yourself in the public eye in today’s world, but thankfully Melissa says Francesca has never experienced it.

‘I am very lucky that Francesca has never been trolled online over her disability and modelling opportunities,’ she notes. ‘But sadly I do know of other children with Down Syndrome who have received abuse online and that has to stop.’

She believes brands have the power to change perceptions, and to make diversity a priority is vital.

‘Diversity is becoming a prominent focus for companies and brands are looking for models of all ages who are ‘different’ – this is great news,’ she explains.

‘I think it’s essential for children and young people with differences and disabilities to see themselves represented.’

Send us an email at [email protected]