How This Snake Tattoo Could Foreshadow a Huge Battle on Westworld

The latest episode of Westworld saw the return of a few familiar faces, one of which is (still) sporting an intricate tattoo of a snake.

In “Virtu e Fortuna,” Maeve, Hector, and Sizemore venture topside for a while, but when a band of Ghost Nation hosts find them and want to take Sizemore for themselves, the three of them head back underground into the park’s sizeable maze of tunnels. There, they have a delightful reunion with Felix, Sylvester, and Armistice — who thankfully have all survived the end of season one, something that was up in the air until the latest episode.

If you’ll recall, Armistice is Hector’s right-hand lady during their time as outlaw hosts. While in their loops in season one, they repeatedly rob the Mariposa Saloon in Sweetwater, laying waste to several lawmen and making off with the saloon’s safe. But when Maeve needs allies to help her escape the park, she enlists Hector and Armistice, using Felix and Sylvester to “wake them up,” i.e. make them conscious of what they are and who has been pulling their strings all these years.

Armistice is an interesting character. In season one flashbacks, she is seen dressed as a gentlewoman in Escalante, undergoing training as a host. But somewhere along the lines, the park’s creators changed her narrative and made her an outlaw set on revenge. 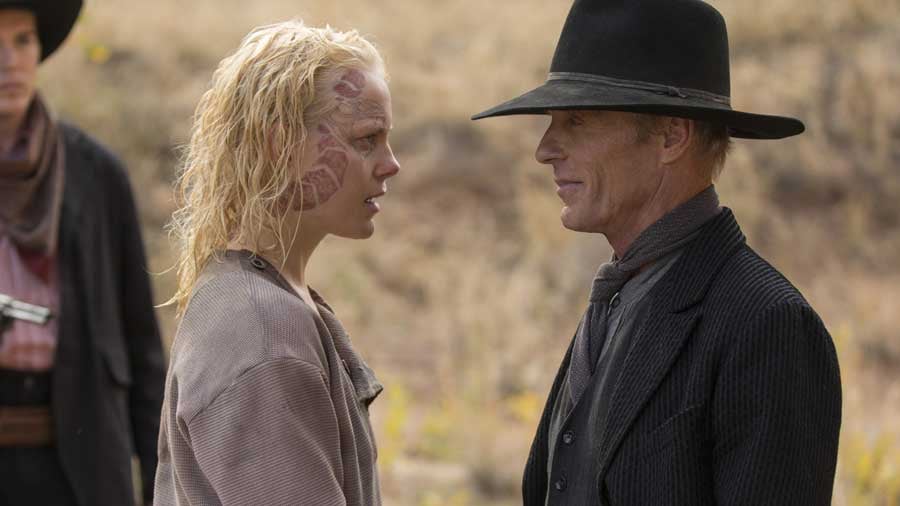 In the season one episode “Dissonancy Theory,” the Man in Black finds Armistice as part of his quest, for she is the answer to the riddle of “follow the Blood Arroyo to the place where the snake lays its eggs.” He isn’t looking for a real snake, of course — it is actually a woman bearing a snake tattoo that he seeks. Armistice is said woman. She has a massive tattoo of a snake, well, snaking its way up her torso to her face. She tells the Man in Black that if he can bust Hector out of jail, she’ll explain her tattoo.

After the Man in Black completes his mission, Armistice explains her backstory, which is most likely her “cornerstone” as a host, i.e. the defining moment in her backstory upon which her entire personality is based. The tattoo represents a group of vicious criminals who raided Armistice’s village when she was a young girl. They slaughtered everyone, including her mother, who was killed in a particularly brutal way. Now she is hunting down the men who did it, filling in the different segments of her tattoo with their blood. The only part that remains is the head of the snake, which is reserved for Wyatt.

We now know Wyatt is actually Dolores — the character of Wyatt was uploaded into her long ago and his brutal nature emerges in Dolores periodically. Do you think we’re headed for a showdown between Maeve’s group and Dolores’s group? Or will the fact that all of them have become sentient and know now that their “memories” from childhood are simply their programming mean that Armistice can forget about filling in the last part of her tattoo with Wyatt’s blood? Her name is Armistice, which means “truce.” Perhaps she can forgive Dolores — it would be pretty great to eventually see Dolores and Maeve join forces.