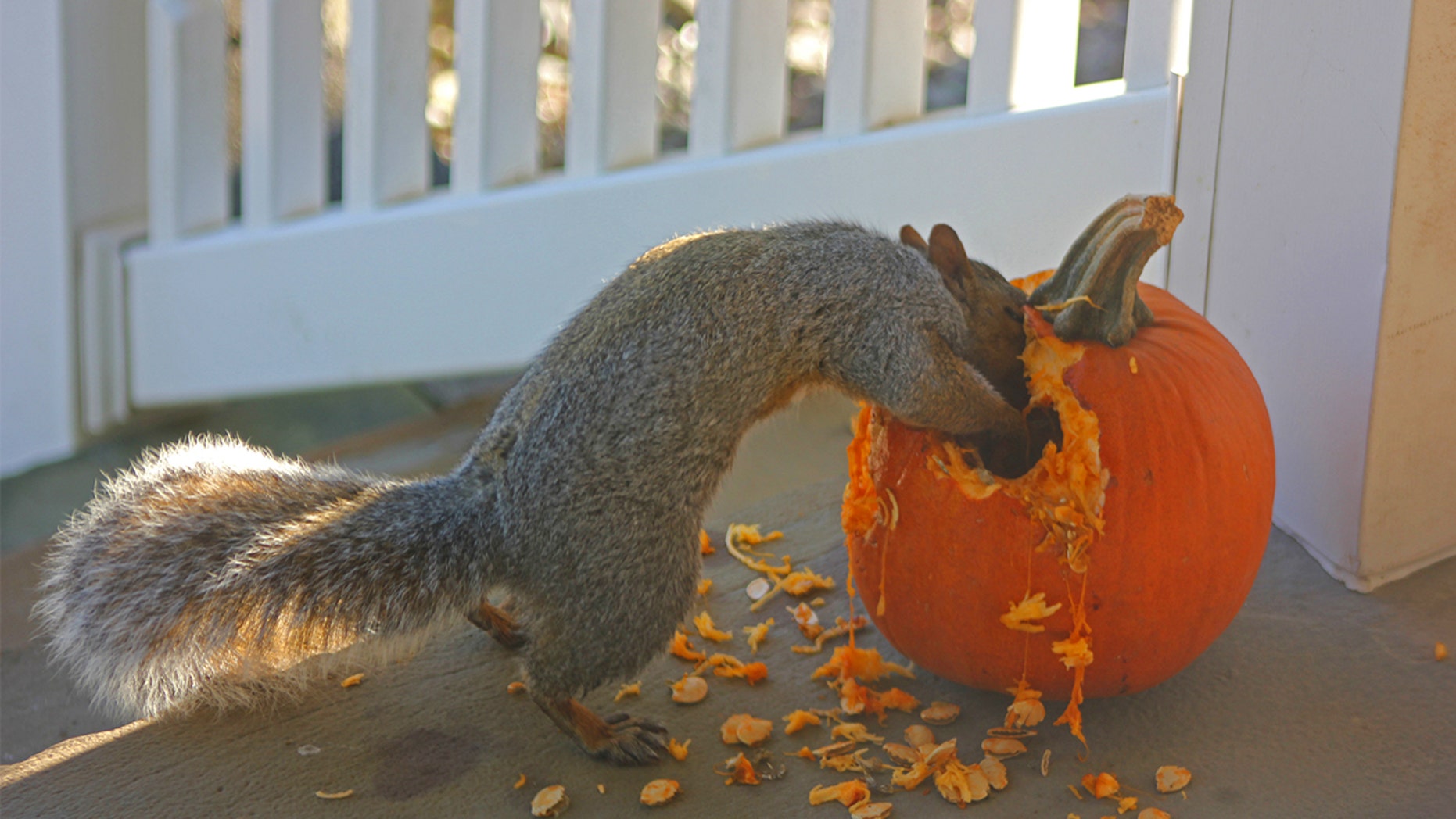 Squirrels aren’t the only animals that snack on the fall fruit.
(iStock)

Talk about a Halloween nightmare. Squirrels across the country and beyond are frustrating homeowners as they deface carefully carved jack o’lanterns ahead of the spookiest night of the year.

“They sit on it and rip a piece off and eat it right in front of you,” Doug Warren, a  former letter carrier for Canada Post in Toronto, told the National Post.

“They’ve gnawed off the face,” John Codega, a homeowner in Columbia, South Carolina, told The State of his family’s pumpkin.

“We made a joke about how it probably wouldn’t even make it to Halloween. Last year, every kid that came to the house kept telling us that our pumpkin was broken,” he told the newspaper.

Squirrels are typically on the hunt for tree nuts, which serve as a high-fat and high-calorie food for the creatures, the National Post reported. When squirrels target pumpkins, it’s “essentially a sign of desperation,” Steven Sullivan, the director of the Hefner Museum of Natural History at Ohio’s Miami University, told the Post.

Sullivan said the squirrels may choose to direct their hunger at pumpkins when trees in the area haven’t produced a sufficient amount of seeds or nuts. These animals typically tear through the fall fruit in the hopes of reaching the seeds inside.

But for homeowners hoping to impress trick-or-trickers with their jack o’lanterns, there are a few ways to prevent squirrels from chowing down on pumpkins.

Spraying deer repellent both on and around pumpkins, spritzing them with garlic spray, or coating the fruit with a combination of water, liquid soap and hot sauce are few ways to deter squirrels, SFGate reported.

Once Halloween passes, however, the National Wildlife Federation recommends leaving un-seasoned seeds in a dish outside or cutting the pumpkin up into pieces for wildlife as a way to dispose of unwanted pumpkins.

Squirrels aren’t the only animals that munch on the orange treats. Elephants, chimpanzees, camels and goats, among others, have been known to eat them, sometimes snacking on leftover pumpkins donated to zoos, the Huffington Post reported in 2013.

Many people have taken to social media to share photos of their defaced jack o'lanterns: