In a bid to keep apartment sales and construction going in central Melbourne, the Andrews government will waive stamp duty on new apartments that have languished on the market for more than a year.

The 100 per cent exemption to stamp duty only applies to apartments within Melbourne City Council that have not sold for 12 months and that cost less than $1 million to buy. The tax exemption would save buyers $27,500. 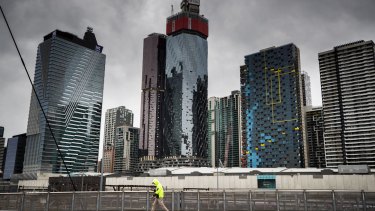 A 100 per cent waiver of stamp duty for apartments that take more than one year to sell has been put in place, to attract buyers back to Melbourne’s CBD.Credit:Jason South

The budget noted international student numbers had plummeted because of the pandemic, dramatically reducing demand for new apartments. The tax waiver is designed to entice buyers back to the CBD.

Stamp duty will also be halved on new homes within Melbourne City Council that cost less than $1 million.

The government will pump $100 million into a city centre rejuvenation fund to renew streets and public squares, finance arts events and extend outdoor dining initiatives. The government’s previously announced dining voucher plan will see $7 million given to people who eat at city restaurants. 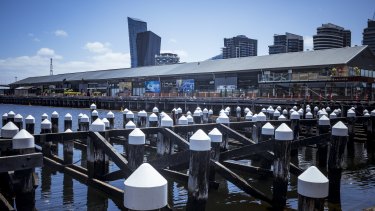 Closed in 2019 over safety concerns from its crumbling foundations, Central Pier will be partly demolished and get $3 million for redevelopment plans.Credit:Chris Hopkins

“This includes commencing remediation works, installing essential services and establishing road access to the University of Melbourne’s future School of Engineering campus scheduled to open in 2024,” the budget papers said.

And in bleaker news for heritage groups who have opposed the partial demolition of Docklands’ Central Pier, plans continue with Development Victoria getting $3 million in this year’s budget to both continue with removal plans and to develop designs for the entire pier’s redevelopment. Built in 1916, the pier was closed in 2019 over safety concerns.

There will also be $34 million spent on the city’s cultural institutions, including new immersive exhibitions at Melbourne Museum such as the Triceratops Gallery, which will showcase the museum’s recent acquisition of the most complete Triceratops fossil skeleton ever found, and the “Gondwana Garden”, that will expand a children’s gallery to create an outdoor exhibition of Australian ice-age megafauna.