However, the couple have had their share of struggles, with claims Vernon had been sexting model Rhian Sugden in 2010 and 2016.

The TV presenter, 46, said ahead of his stint on the ITV celebrity competition that he and Tess, 51, had "moved on" from the scandal and even acknowledged it may come up amongst his fellow campmates, but that he was happy to discuss "positive" and "negative" things from his life.

With both Strictly and I'm A Celeb back on our screens, let's take a look inside the telly couple's romance.

Here is their relationship form the very beginning…

Tess and Vernon started dating back in 2001 when Vernon was a host on T4.

Looking back on her first impression of Vernon, Tess told Digital Spy: "It was all quite immediate, really, because we instantly had such a blast together.

"I couldn't imagine having more fun with anyone else. It was pretty explosive, I tell you."

When did Tess Daly and Vernon Kay get married?

They fell in love and tied the knot in September 2003.

Three years later, the pair went on to join forces as presenters on BBC’s singing competition Just The Two of Us.

They have now been married for almost two decades.

Vernon’s alleged flirting with Rhian Sugden first emerged in 2010 when Vernon admitted to texting her every day for four months and meeting her in a Bolton nightclub.

Speaking of the scandal on Radio One at the time, Vernon said: "You may or may not be aware that because of some foolish and stupid decisions I have made, I have disappointed and I have let down a lot of people. To my family and everybody, I am very sorry." 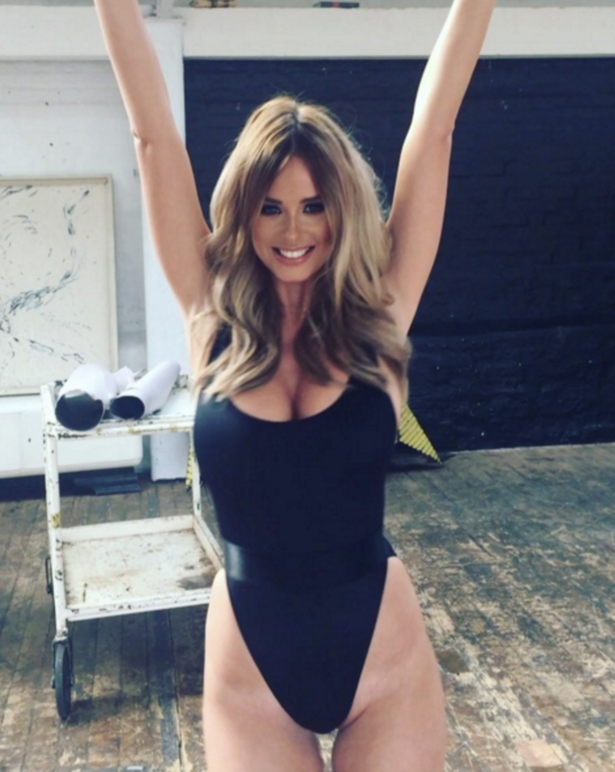 Shockingly the presenter was caught out again in 2016 for sending messages to the model, leading Rhian to pen an open apology letter to Tess.

In the letter, she wrote: "The exchange of messages was inappropriate and I should not have encouraged such behaviour. I know it takes two to tango but I could have stopped contact."

However, wife Tess stuck by her husband, referring to their relationship as a “work in progress.”

Nowadays the pair seem closer than ever, and Vernon said ahead of his stint in the Welsh castle for I'm A Celeb that he and Tess had "moved on".

"All that stuff is in the past, we've forgotten about that, we've moved on. It's all gone. It's disappeared."

The Formula E presenter also told the Mirror, that lockdown had allowed the family to all reconnect and spend quality time together.

Do Tess and Vernon have children?

Tess and Vernon share two daughters; Phoebe, 15, and Amber, 10, and as he went into I'm A Celeb, the Strictly host shared a message of support alongside a rare family photo.

Tess took to Instagram with a gorgeous family snap, telling her husband how much his family is going to miss him – and how proud they were.

“After not being able to see him for what feels like AGES me & the girls can’t wait to watch Vernon on tonight’s first @imacelebrity and see how he fares in the Castle!

In the picture, Phoebe and Amber – who we rarely see – look the spitting image of their gorgeous mum, with many commenting on how beautiful the pair are.