Australians have always prided themselves on mateship – that much talked about ability of helping each other when times get tough.

That “mateship” – and, truthfully, it’s a word I really don’t like – has been on full display this summer, as fires and then floods wreaked havoc on communities and the offers of help and donations rolled in. 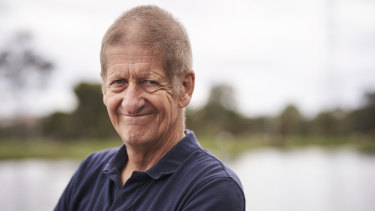 Greig Pickhaver uncovers the Gold Coast, Footscray and Kalgoorlie in Secrets of Our Cities.

For better (the more than $500 million raised) or worse (the backlash against how that money was being used), it has been a bonding moment and it is also something that’s been reflected on our screens of late.

I think we’re getting more curious about how other people live their lives, about how they got to where they are and what’s behind the picture-postcard veneer we have accepted for so long.

Basically, we’re loving ourselves sick and between this and the ABC’s Back Roads, no loose floorboard will be left unturned in our quest for local colour. All towns great and small are getting the once-over, which is no bad thing and makes a decent change from Great Railway Adventures in Moscow’s outer suburbs. 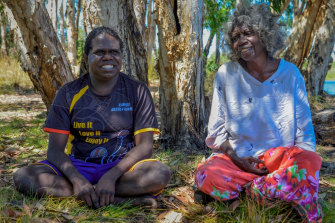 ABC’s Back Roads in Jabiru, NT.Credit:

Although only three episodes long, this second season of Secrets of Our Cities is a terrific dig into three well-known places – Queensland’s Gold Coast, the Melbourne suburb of Footscray and the WA gold mining town of Kalgoorlie – but it’s not just interested in the fluffy stuff.

For the first episode about the Gold Coast, it would have been easy for host Greig Pickhaver (aka HG Nelson) to trot out old footage of the bikini-clad meter maids, but instead they neatly pivot from bikinis to the story of a Maltese migrant who moved to the Gold Coast after he felt lonely in Sydney and was sick of being called a wog. To make money he started photographing models in the new-fangled bikinis and went on to become one of the Coast’s most prominent fundraisers for charity and to instigate Christmas lunches for the lonely. That's the kind of stuff I want know.

The same goes for the story of the sugar cane farmers. Again, it would have been easy to settle for shots of luscious green fields and the story of the German migrants who turned the swamps into profitable land – and those stories are covered – but Pickhaver also reveals a history of slave labour  and the even more distressing fact that the graves of many of those Islander workers were bulldozed to make way for a golf course.

Pickhaver makes for a genial, if not awkward, host. He comes to life in the less scripted segments of the series, but there was one point when I just wanted him to reach out and give a manly side-on hug during a tearful interview.

It’s the real stories that make shows such as Secrets of Our Cities and Back Roads so great. These are real people and their towns. It’s not some celebrity being flown to rural Belgium to discover their great-great-great grandfather was a Flemish weaver, it’s learning about our own backyards. I grew up near the Gold Coast, but to me it was little more than Pacific Fair Shopping Centre and where my aunty lived with her budgies. This made me want to go back and take a second look at the place.