This Equal Pay Day, let’s have a new conversation about financial gender equality

The coronavirus pandemic could widen the gender pay gap and make it harder for women to challenge pay discrimination. But it could also be an opportunity to reshape an old conversation, writes Moya Crockett.

Here’s a confession: as a journalist specialising in women’s issues, I usually approach Equal Pay Day – the point of the year where women, based on full-time average pay, stop earning compared to men – with dread. It’s not that the subject is unimportant; on the contrary, it’s a key indicator of where a country is at in terms of gender equality. What makes things difficult is the fact that in recent years, the story has hardly changed.

This year, Equal Pay Day falls on 20 November. Gender equality charity the Fawcett Society uses government statistics to identify the date, resulting in a slight conflation of the distinct – but tightly related – issues of the gender pay gap and equal pay. (Refresher: the pay gap is the difference between what men typically earn compared to what women earn, whereas equal pay is the legal requirement for men and women to be paid the same for the same work or work of equal value. Unequal pay contributes to the gender pay gap.) In 2020, this data puts the mean average gender pay gap at 11.5%, a drop of 1.6% since 2019.

On its own, this isn’t especially noteworthy. In the half-decade ending in 2019, the full-time gender pay gap shrank by just 2.6%, a glacial pace that made it hard to find something new to say each year. Anyone who’s worked in a newsroom will know that a key question is always: what can we say about this that hasn’t been said before? When it comes to equal pay and the gender pay gap, finding unexplored angles can be a struggle. In the words of Labour MP Stella Creasy, who recently introduced an equal pay bill to the Commons: “You could be forgiven for thinking that we’ve been here before, because women have been asking for equal pay since 1833.”

But in 2020, as with almost everything, conversations about equal pay and the gender pay gap look different. First of all, there’s the fact that this year’s figures come with a disclaimer: the coronavirus pandemic saw around 44,000 fewer employers submit their data than usual, meaning our picture of the gender pay gap may be flawed.

More importantly, the pandemic has thrown inequality in the UK into stark relief. From the outcry at the government’s decision not to give NHS nurses an early pay rise to Marcus Rashford’s triumphant free school meals campaign, 2020 has made it impossible for anyone to ignore fundamental issues in our economy. In a year that has decimated many women’s finances, we could be poised for a revitalised conversation about the gender pay gap and equal pay.

So how has Covid-19 affected gender pay equality?

The long-term effects of the pandemic on equal pay and the gender pay gap will take time to reveal themselves, and many male-dominated sectors have also suffered in 2020. Yet evidence suggests that some women’s earnings and employment have been hit particularly hard. By May, the Institute for Fiscal Studies (IFS) had confirmed that mothers were 1.5 times more likely than fathers to have left or lost jobs during the pandemic. New research published for Equal Pay Day 2020 by the Women’s Budget Group (WBG), meanwhile, points to a ‘gender furlough gap’. Women make up the majority of those who have been furloughed in every UK region except the West Midlands, with young women aged 18-24 most likely to be furloughed.

As a result, this Equal Pay Day sees many feminist campaigners and economists sounding the alarm that the pandemic could set back financial gender equality by generations. “We’re seeing already, and we’re about to carry on experiencing, a growing gap in terms of gender inequality,” Sam Smethers, chief executive of the Fawcett Society, tells Stylist. In an ideal world, the UK would be able to see “a lovely line of progression” on women’s financial security, including closing the gender pay gap over time, she says. Yet some indicators suggest “we’re actually going backwards”.

The question of why the pandemic has so badly affected some women’s employment and earnings doesn’t have a simple answer. One piece of the puzzle is the fact that women were more likely than men to work in fields that completely shut down over the spring lockdown, according to early analysis by the Resolution Foundation. Some groups of women have also suffered more than others. Black, Asian and minority ethnic (BAME) women in the UK have experienced greater financial consequences as a result of the coronavirus pandemic than their white counterparts; women under 25 are disproportionately likely to work in sectors that have been worst affected by lockdowns; and lower-paid women have borne the brunt of cuts to working hours. It goes without saying that many women are members of more than one of these groups. To paraphrase a well-known coronavirus proverb, we might all be in the same storm, but we’re not all in the same boat.

“The increasing evidence this year for the disproportionate financial impact on BAME communities has been striking,” says Amy Abdelshahid, head of evidence and knowledge management at the African women-led women’s rights organisation Forward. Between May and June, Forward carried out a survey of BAME women in the UK aged 18-65, which found that 26% of participants had experienced a significant reduction in household income. “Many had lost their jobs, had to leave employment due to lack of childcare, or had borrowed money from friends and relatives to stay afloat.” 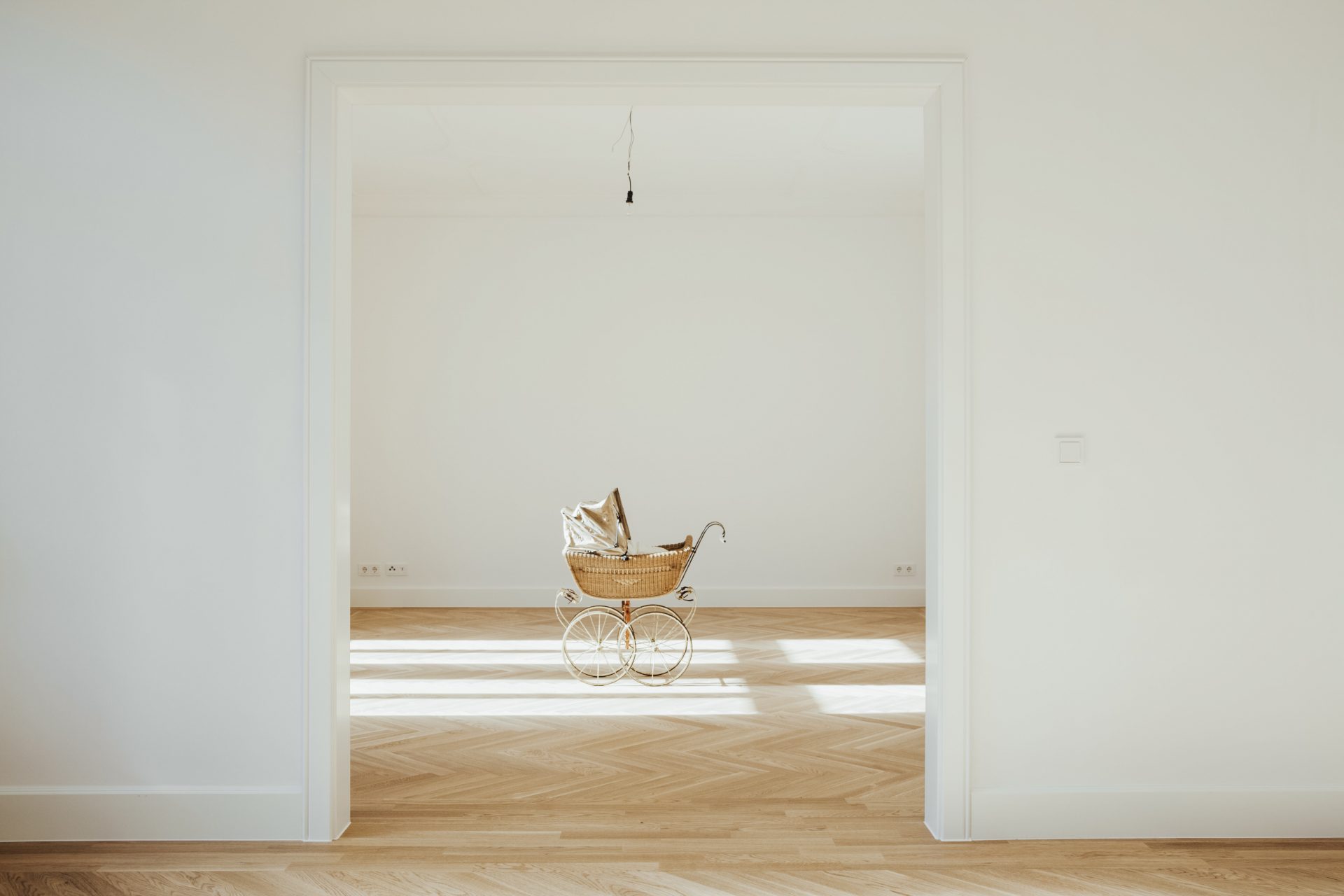 That C-word – childcare –can never be disentangled from conversations about equal pay and the gender pay gap. Women in the UK already carried out an average of 60% more unpaid work than men in pre-Covid times, including housework and caring for children. Dr Mary-Anne Stephenson, director of the Women’s Budget Group, says part of the reason women dominate sectors such as high street retail and health and beauty – and make up the majority of workers on part-time and zero-hours contracts – is because these jobs can often accommodate caring responsibilities relatively easily.

“Women’s position in the public economy is absolutely linked to their position in the home,” she tells Stylist. “Because women do the majority of unpaid care, they have less time to participate in the paid labour market… A lot of women work in jobs that are below their skills and experience level after they have children, in order to be able to work flexibly.”

Research by King’s College London shows that women have shouldered even more caregiving responsibilities during the pandemic, largely down to school closures and the near-collapse of the childcare industry. Two in five working mothers couldn’t get or were unsure where they would get sufficient childcare from September onwards, according to the TUC, while the Early Years Alliance has warned that one in six pre-school providers could go bust before Christmas without additional funding. More support would show that the government “recognises the value of the sector – both to the young children who benefit from quality early education, and the parents, and particularly mothers, who benefit from accessible care,” said Neil Leitch, chief executive of the Alliance.

This increase in caregiving responsibilities has a seismic effect on women’s ability to participate in paid work. According to a survey of almost 20,000 women by the campaign group Pregnant Then Screwed, which istaking the government to court for alleged gender discrimination in its Self-Employment Income Support Scheme (SEISS), around three-quarters (72%) of working mothers have worked fewer hours due to a lack of childcare. Nearly half (46%) of those who had been or expected to be made redundant believed their lack of childcare had played a role.

Bias against mothers has long been a problem in UK workplaces. If the pandemic results in swathes of women losing work or progression opportunities – either because they’ve been made redundant, passed over for promotion or resigned due to the impossibility of juggling their career and caring responsibilities – the gender pay gap is likely to widen further still. Emma Stewart, CEO of Timewise, an organisation that campaigns for flexible and high quality part-time work, has said the UK is “facing a perfect storm in which organisations stand a high chance of losing the talented women who help reduce their gender pay gap. They also risk letting those who might help close it in future slip through the promotion net.”

Job insecurity could also affect women’s ability to push for equal pay. If you feel anxious about redundancy, you may be less likely to challenge issues of unequal pay and other forms of workplace bias, says Fawcett Society’s Sam Smethers: “Growing unemployment means discrimination can thrive, because it’s much harder for the individual to challenge it.” Women who do decide to bring an equal pay claim are unlikely to see the situation resolved quickly: government data shows the backlog of equal pay cases has grown by 31% during the pandemic.

So what can be done?

The picture is bleak, but the pandemic could offer the government a unique opportunity to reshape its approach to tackling equal pay and the gender pay gap. In its Equal Pay Day report for 2020, the Fawcett Society outlines several steps the government could take to ensure all women are supported as the UK recovers from the pandemic.

These include legislating to make flexible working the norm, protecting pregnant women and new mothers from redundancy, implementing mandatory ethnicity pay gap reporting (in recognition of the fact that race plays a role as well as gender), and modernising equal pay legislation by introducing the right to know (where women are entitled to ask what a male colleague doing the same work is paid). Smethers says that conversations about the gender pay gap must also prioritise working-class women. “Sixty percent of the lowest paid workers are women,” she says. “That alone tells you that you can’t close the gap between women and men unless you improve the pay and conditions of those at the bottom.”

Excitingly, the pandemic has energised conversations about the kinds of work that are valued and supported in British society. This year has highlighted that the low-paid, female-dominated care sector – which covers everything from nurseries to nursing homes – is essential to the functioning and wellbeing of the country. Now, the Women’s Budget Group is calling for a “caring economy”, where good quality care services are properly funded, and men and women are given government support to share caring responsibilities equally. The Women’s Equality (WE) Party, meanwhile, is campaigning for a taxpayer-funded National Care Service.

“By investing just 2% of GDP in [care services], we could create two million new jobs – nearly three times as many as you would get for the same investment in construction – and ensure better pay and working conditions for those in the sector,” Mandu Reid, WE leader, tells Stylist. “On top of that, we would be freeing women up to work and pursue opportunities, raising overall employment by 5% and taking a huge step towards closing the gender pay gap.”

Only time will tell whether the government will take heed of the research and policy suggestions that have been handed to them this Equal Pay Day. What we do know is that there’s no going back to how things were before the pandemic – and that could be a good thing.