A former TikTok moderator is suing the company, claiming that she had to watch hours of videos containing rape, animal cruelty, cannibalism, and mass murder, which prompted her to experience ‘severe psychological trauma.’

Candie Frazier was employed by Telus International, a third-party contracting firm, through which she was tasked with moderating videos that users uploaded to TikTok to ensure they met community guidelines.

She said she was exposed to videos that contained ‘thousands of acts of extreme and graphic violence,’ which resulted in her developing depression, anxiety, and PTSD symptoms.

She claims that she now suffers from ‘severe and debilitating’ panic attacks and ‘horrific’ nightmares due to the gruesome content that she was expected to watch during her job.

Frazier alleges that TikTok did not meet industry-recognized standards to protect her mental health, and she has now filed a class-action lawsuit in the California Central District Court against TikTok’s parent company, ByteDance. 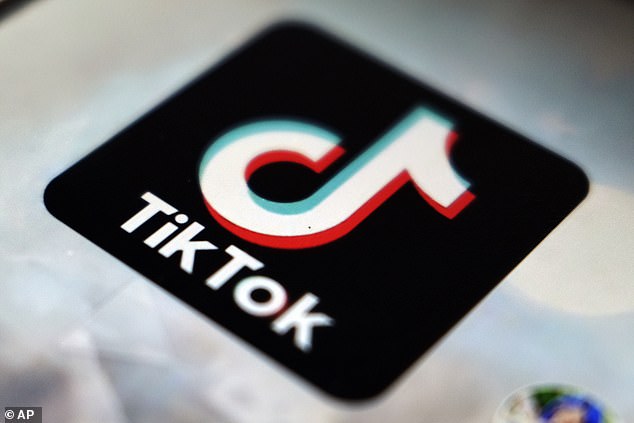 A TikTok moderator is suing the company for ‘severe psychological trauma’ after she claimed she had to watch videos containing rape, animal cruelty, and mass murder (Stock photo)

In blocking and removing these violations, Frazier claims that she had ‘constant’ exposure to such violence as shootings, child rape, animal mutilation, cannibalism, gang murder, and genocide in Myanmar.

And according to The Verge, the lawsuit states that ‘TikTok and its partners failed to meet industry-recognized standards intended to mitigate the harms of content moderation.

‘These include offering moderators more frequent breaks, psychological support, and technical safeguards like blurring or reducing the resolution of videos under review.’

Frazier describes moderating so much content that she and her colleagues had to watch between three and ten videos at the same time in order to keep up during their 12-hour shifts.

According to Frazier, TikTok ‘heavily punishes any time taken away from watching graphic videos.’

In the lawsuit, she claims that she now has trouble sleeping, and that she often ‘lays awake at night, replaying videos that she has seen in her mind.’

TikTok spokesperson Hilary McQuaide said the company has been working to support its moderators.

‘While we do not comment on ongoing litigation, we strive to promote a caring working environment for our employees and contractors,’ she told The Verge in a statement.

‘Our Safety team partners with third party firms on the critical work of helping to protect the TikTok platform and community, and we continue to expand on a range of wellness services so that moderators feel supported mentally and emotionally.’

Meanwhile, a  spokesperson for Telus International – which is not a defendant in the suit – told the Washington Post that they are ‘proud of the valuable work our teams perform to support a positive online environment’ and that the company has a ‘robust resiliency and mental health program in place.’

In 2018, Facebook faced a similar lawsuit when they were sued by a group of third-party contractors who claimed that the company failed to protect them from harmful content, including child sexual abuse material.

In May 2020, they reached a class-action lawsuit settlement, and the social media platform agreed to pay moderators who were part of the suit $1,000 each.

In addition, the New York Post reported that workers who were ‘diagnosed with conditions stemming from their job duties’ got up to an additional $50,000 in damages. Facebook also paid for any medical treatment they needed.