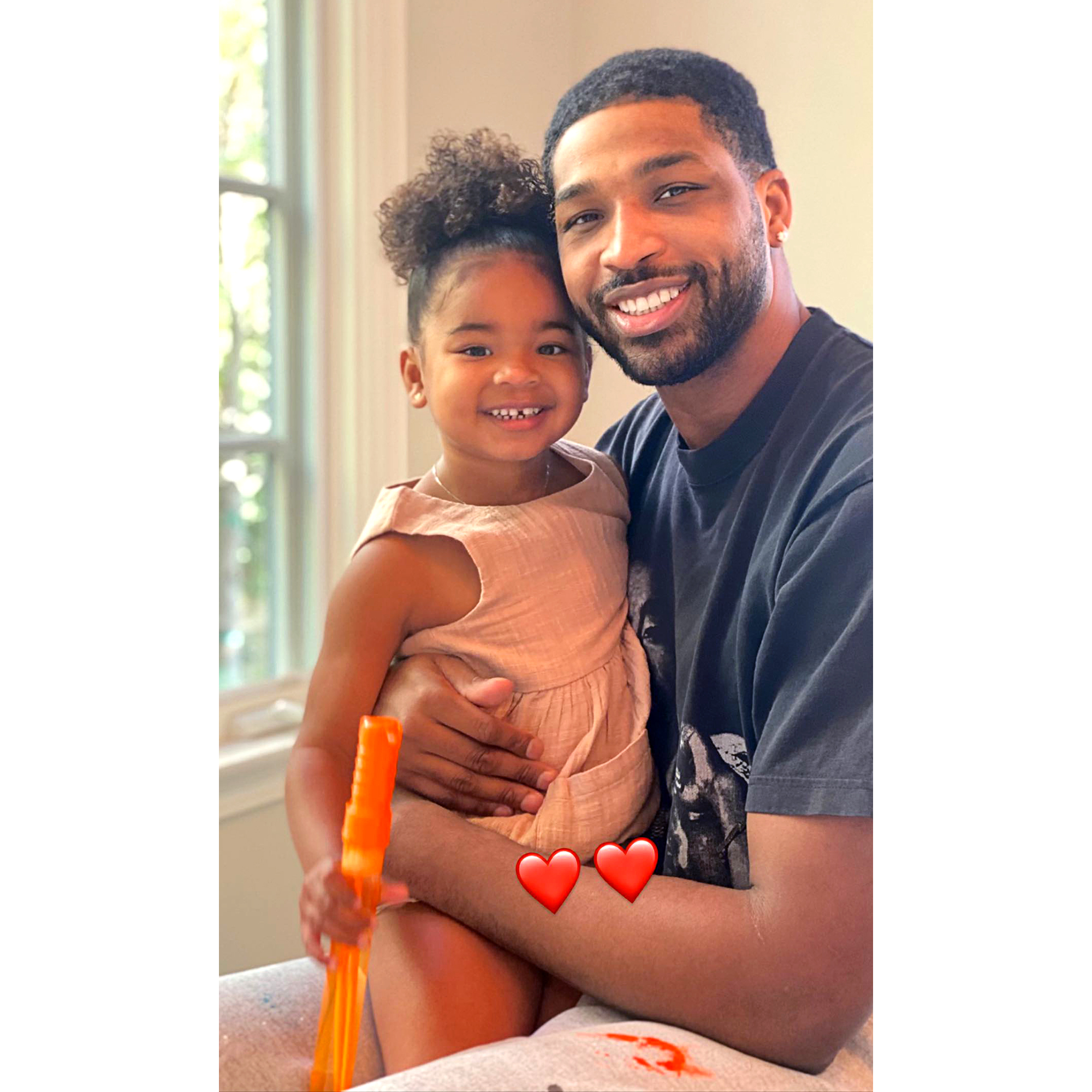 The professional basketball player, 30, posted an Instagram Story photo on Tuesday, February 8, of himself smiling with the 4-year-old on his lap. The toddler grinned in a pink outfit with an orange wand in her hand in the social media upload, which was captioned with two heart emojis.

Last month, the athlete sent dozens of roses to his and Khloé Kardashian’s daughter’s dance class before confirming that he fathered a baby boy with Maralee Nichols. Us Weekly broke the news in December 2021 that the fitness model, 31, gave birth after previously suing Thompson for child support.

“Now that paternity has been established, I look forward to amicably raising our son,” the NBA player wrote via Instagram Stories in January. “I sincerely apologize to everyone I’ve hurt or disappointed throughout this ordeal both publicly and privately.”

The Canada native went on to apologize to Kardashian, 37, since he was dating the Strong Looks Better Naked author when he conceived Nichols’ son in 2021. The off-on couple most recently called it quits last June, nearly one year after rekindling their romance.

“Khloé, you don’t deserve this,” the Sacramento Kings player, who is also the father of son Prince, 5, with ex Jordan Craig, concluded. “You don’t deserve the heartache and humiliation I have caused you. You don’t deserve the way I have treated you over the years. My actions certainly have not lined up with the way I view you. I have the utmost respect and love for you. Regardless of what you may think. Again, I am so incredibly sorry.”

Kardashian is “not as sad and torn up” about Thompson’s baby news as she was when he previously cheated on her in 2018 and 2019, a source exclusively told Us in January.

“[Khloé] is stronger this time around when it comes to Tristan,” the insider explained at the time, noting that the Good American cofounder planned to “continue to coparent” amicably with Thompson. “Since she has been hurt by him before, she’s hardened. [She’s] focusing on herself, her business and her daughter.”

Everything the Kardashian-Jenner Sisters Have Said About Coparenting

The reality star has yet to comment directly on the scandal, but she did pen a cryptic message via Instagram last month.

“Betrayal rarely comes from your enemies,” the Revenge Body host captioned several photos of herself posing in her car at the time.

Before Kardashian began dating the power forward in 2016, the Los Angeles native was married to Lamar Odom. The former Los Angeles Lakers player, 42, called Thompson “corny” in January, telling TMZ that his ex-wife is “a strong girl” and will “be all right.”