The funeral for the Rev. C.T. Vivian, an early and key adviser to the Rev. Martin Luther King Jr. and a longtime leader of the civil rights movement, is being held Thursday in Atlanta. Vivian died Friday at age 95.

The private service at Providence Missionary Baptist Church begins at 11 a.m. ET, CBS Atlanta station WGCL reports, and then Vivian will be laid to rest at Westview Cemetery.

How to watch the funeral service for Rev. C. T. Vivian

Vivian, a towering figure in the movement whose activism dated back more than seven decades, died the same day as Congressman John Lewis — a fellow icon in the long fight for racial equality. Vivian was a Baptist minister and one of the leaders of the Southern Christian Leadership Conference.

More than a decade before lunch-counter protests made nationwide headlines, Vivian began organizing sit-ins against segregation in Peoria, Illinois, in the 1940s. He later joined forces with King and organized the Freedom Rides across the South to protest segregation.

Vivian was honored by then President Barack Obama with the Presidential Medal of Freedom in 2013. 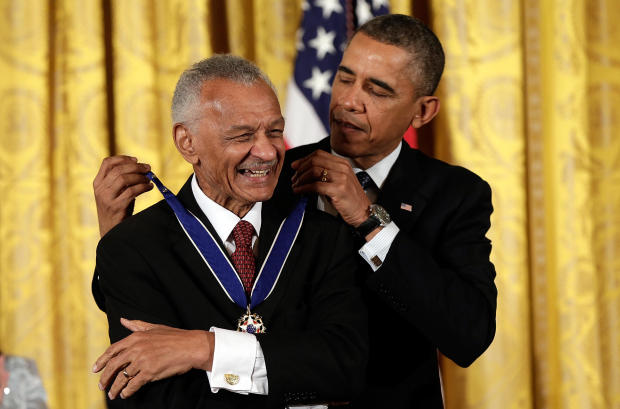 Vivian “was always one of the first in the action — a Freedom Rider, a marcher in Selma, beaten, jailed, almost killed, absorbing blows in hopes that fewer of us would have to,” Obama said in a statement shortly after his death.

On the eve of his funeral, a viewing and ceremony was held Wednesday in the rotunda of the Georgia Capitol. Then a horse-drawn carriage took Vivian’s casket from the Capitol to Martin Luther King Jr.’s tomb in Atlanta, rolling down Piedmont Avenue and Auburn Avenue to The King Center as well-wishers lined the streets. 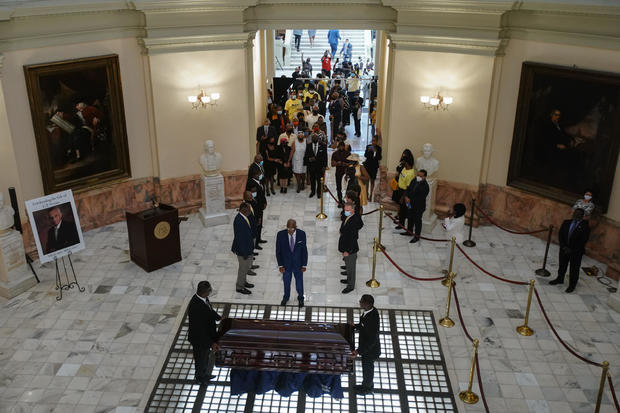 “As one of the foremost advocates for justice during the Civil Rights Movement and one of Dr. Martin Luther King Jr.’s most trusted friends and deputies, C.T. Vivian stood on the front lines of the fight for equality,” Georgia Gov. Brian Kemp said during Wednesday’s ceremony at the Capitol.

“During one of the most turbulent times in our nation’s history, C.T. Vivian was steadfast and calm, grounded in the knowledge that he fought for something much bigger than the obstacle in front of him,” Kemp added.