Watch Shane Threaten to Put Marie on Blast on ‘The Challenge’

Marie Roda and Cara Maria Sorbello aren’t afraid. The Tuesday, October 16, episode of The Challenge: Final Reckoning will pick up right where last week left off – the minute they chose to go into Armageddon against Shane Landrum and Nelson Thomas.

“I don’t have issues with these two people. It’s a game. We’re here to play,” Shane tells TJ Lavin in Us Weekly’s exclusive sneak peek. “In fact, they’re my friends.” 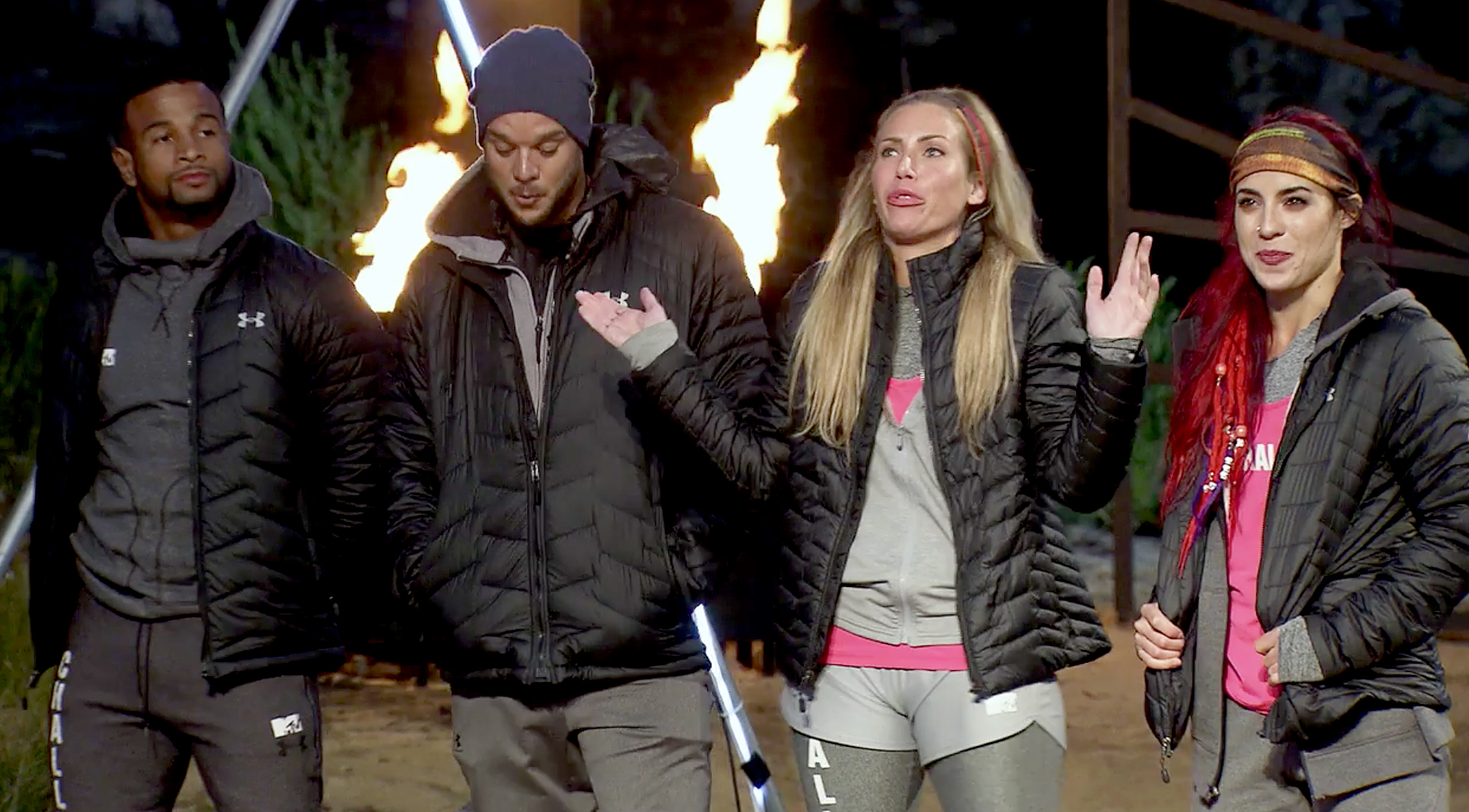 TJ then explains the challenge to the group: “Meet Me Halfway” is a maze challenge in which each partner starts at opposite ends and have to smash their way through multiple walls to find a locked box. Both teammates to get to their box, unlock it and run to their team bell. Whichever team does it quicker, wins. The other heads to the redemption house.

“Cara Maria is a kickboxer, so she’s used to punching stuff, and Marie lives in a room that’s padded so I think breaking through walls, they may actually be good at,” Johnny Bananas, Marie and Cara’s only ally left in the house, says.

When he yells out that he respects Marie and Cara’s big move, Shane looks at Marie and says, “I respect you, give me a break.” She, again, tells him to shut up. Cara also chimes in. “I’ve got you. You don’t need friends like that,” she says.

During their confessional, Marie admits that despite her tough exterior, she’s “actually really hurt” by Shane because they were true friends. Meanwhile, Shane isn’t hurt, he’s mad.

“I’m not surprised by Marie. She is pathetically petty. She no longer can use me, so she wants to get rid of me. That’s the kind of person she is. I’ve got f—king anger,” he tells Nelson.