Wendy Williams’ Health and Personal Struggles Through the Years

“Wendy is dealing with some ongoing health issues and is undergoing further evaluations,” the 57-year-old host’s talk show shared in an Instagram statement on Thursday, September 9. “She will not be able to complete her promotional activities next week, but can’t wait to be back in her purple chair on Monday, September 20th for the 13th season premiere.”

The New Jersey native was previously diagnosed with Graves’ disease in 2018, which she confirmed that February. While dealing with symptoms, Williams delayed her show return three times in 2018 and 2019. 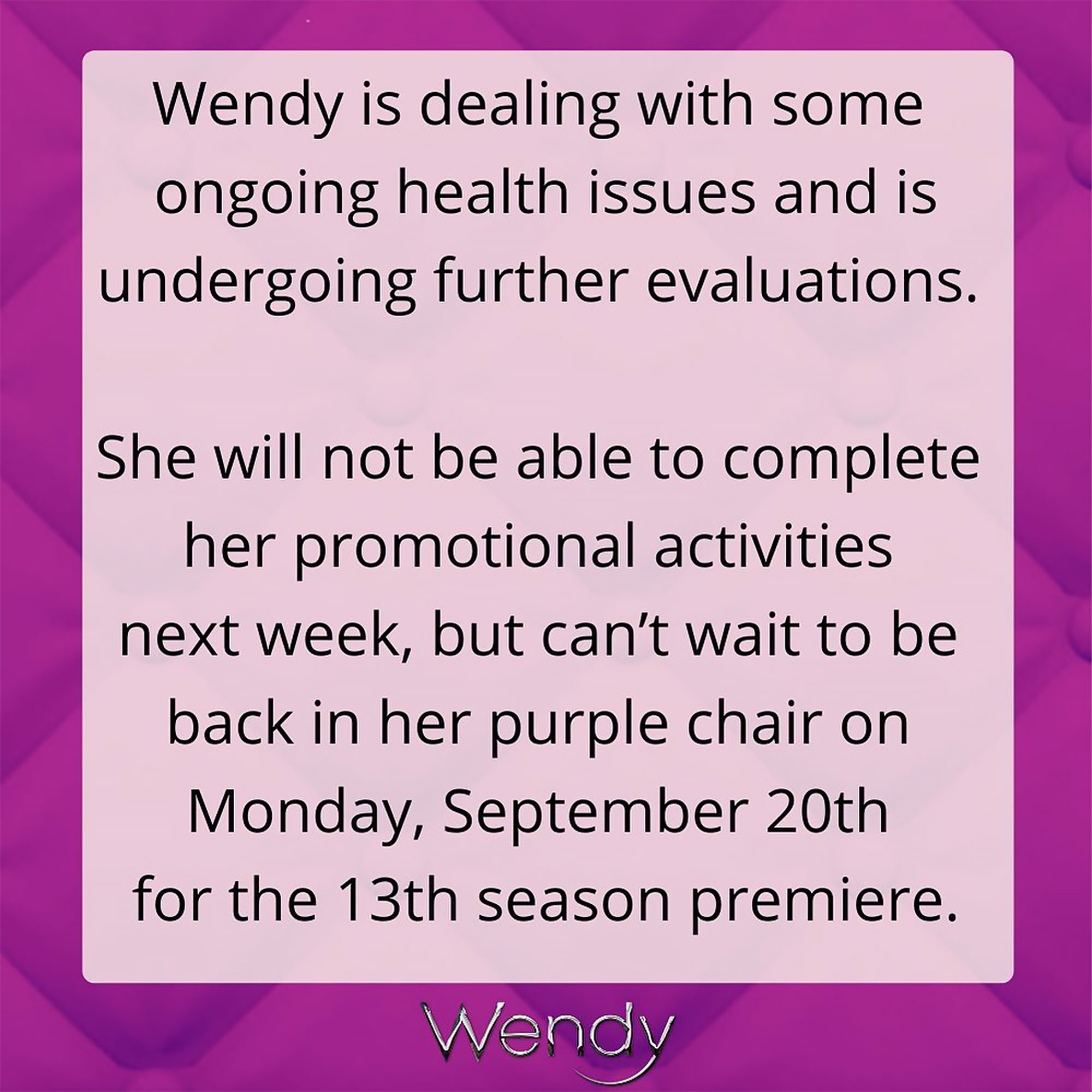 “As Wendy Williams Hunter previously shared, she fractured her shoulder and has been on the mend,” her family said in a press release sent out by the show in January 2019. “Over the past few days, Wendy has experienced complications regarding her Graves’ Disease that will require treatment. Wendy will be under the strict supervision of her physicians, and as part of her care, there will be significant time spent in the hospital. Despite her strong desire to return, she is taking a necessary, extended break from her show to focus on her personal and physical well-being.”

Debmar-Murcury, the show’s distributor and producer, also shared a statement at the time: “For over ten years, Wendy has been a vital part of the Debmar-Mercury family. We wholeheartedly support Wendy in this decision to take the time she needs and we will welcome her back with open arms the moment she is ready.”

After her shoulder injury, the Ask Wendy author ended up missing an episode in December 2018 before returning the next day. After participating in that week of shows, the following week’s hiatus was extended so she had more time to heal. Her return was pushed until January 2019 with a rotating panel of guest hosts filling in for her during the broadcasts.

Wendy Williams’ Most Controversial Comments Through the Years

The former DJ later announced that she was taking a break from the show in May 2020 due to more symptoms.

“Recently, Wendy has been dealing with symptoms from her Graves’ disease which is causing fatigue,” a statement via Twitter read at the time. “In consultation with her doctor and as a precautionary measure, she will be taking some time off as she continues to receive treatment. We look forward to welcoming Wendy back soon and continuing the [email protected] shows. More updates on a return date will follow.”