Robin’s right-hand man! Joseph Gordon-Levitt’s new Apple+ series, Mr. Corman, gives a nod to his work in The Dark Knight Rises — but, oddly enough, the actor didn’t read too much into it when he developed the story line.

In episode five, titled “Action Adventure,” his character, Josh, attends a Halloween party with his roommate, Victor (played by Arturo Castro), who goes as Batman. Even more, the best friends get into a heated argument with a partygoer that is dressed up as the Joker.

“Honestly, all the different characters in that crazy fight sequence are all sort of different archetypes of masculinity. There’s a cowboy and a soldier and a Viking. And then there’s a superhero. And when I thought, ‘OK, well, who’s the superhero? What superhero would be good for Arturo Castro to be? What superhero would [Victor] want to be?’ Obviously, he would want to be Batman. That’s who he would want to be,” Gordon-Levitt, 40, exclusively told Us Weekly about the episode, which drops on Friday, August 27. “So to be completely honest, I think it’s actually sort of a coincidence that I was in a Batman movie. But, you know, look, Batman looms large in all of our sectors.”

Heath Ledger Through the Years

The Looper actor starred as John Blake in the 2012 thriller, completing director Christopher Nolan’s trilogy of the Caped Crusader, which was played by Christian Bale. In 2008’s The Dark Knight, Heath Ledger made the Joker his own with a harrowing new look consisting of white, black and red makeup, which the Australia native applied himself, and green hair. That version of the villain was shown in Mr. Corman. 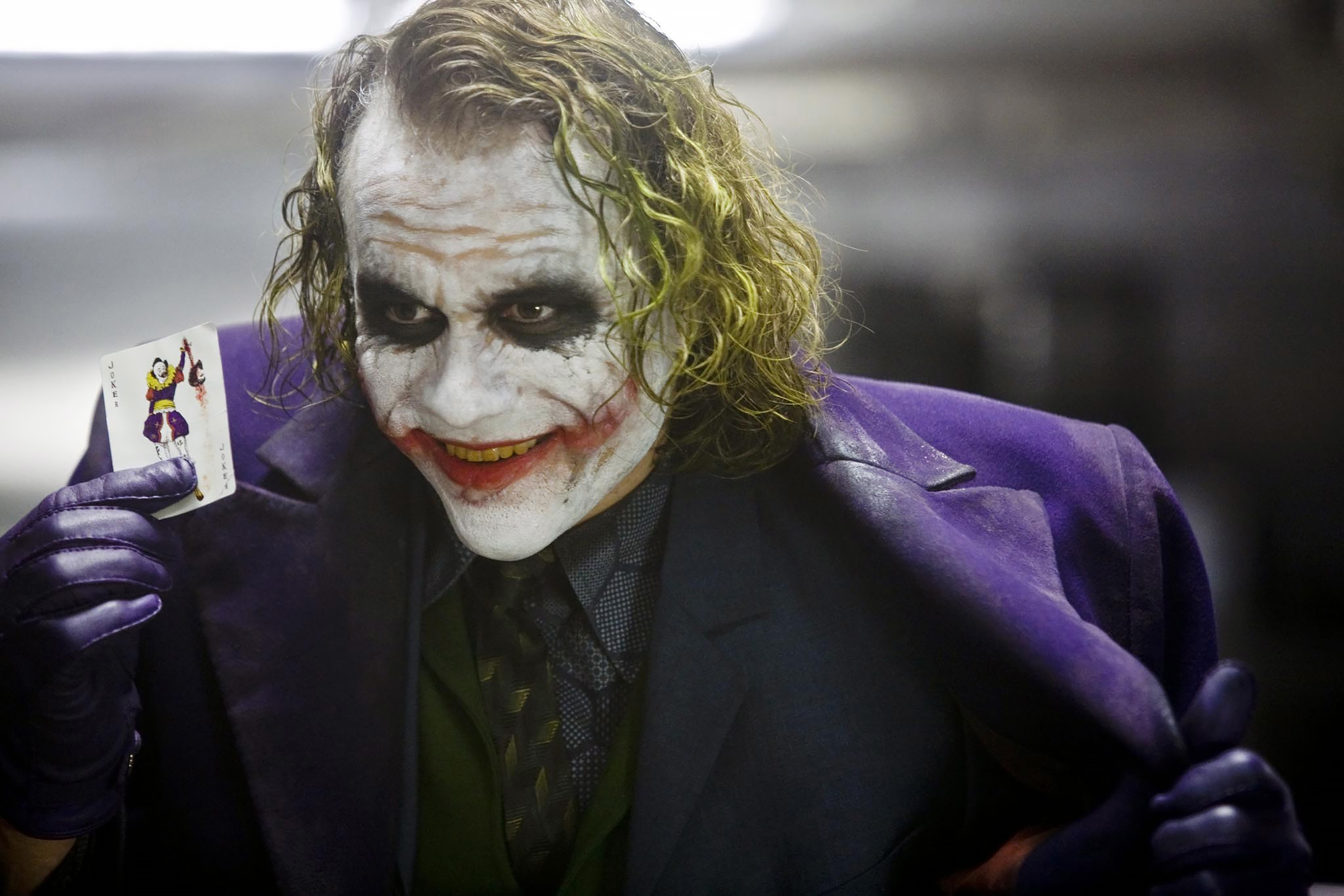 Ledger would later win a posthumous Oscar for his portrayal of the outlaw. He died at age 28 of an accidental overdose in January 2008.

Years before joining the DC Comics universe, Gordon-Levitt and Ledger starred together in 1999’s 10 Things I Hate About You. A now-famous meme shows the actors in the rom-com with the tagline: “That moment … When you find out The Joker and Robin went to high school together.”

Although the HitRecord creator’s Dark Knight Rises character went by John, it’s revealed in the final moments that his birth name is Robin. He also received Bruce Wayne’s Batman gear and the coordinates to Wayne Manor’s secret lair. Despite the revelation, Gordon-Levitt didn’t go into “Action Adventure” with the suggestion that Josh was the Robin to Victor’s Batman. (In fact, he went in a completely different costume altogether.)

“That wasn’t the thought, no. I just thought it would be really fun to have this character be Batman. I knew, of course, like, I was in Batman, so that’ll be funny, but I thought that that would also be … I guess I was looking forward to these sorts of, you know, the audience wondering these kinds of things,” he told Us. “I like it when there’s kind of meta, weird stuff going on in movies and shows.” 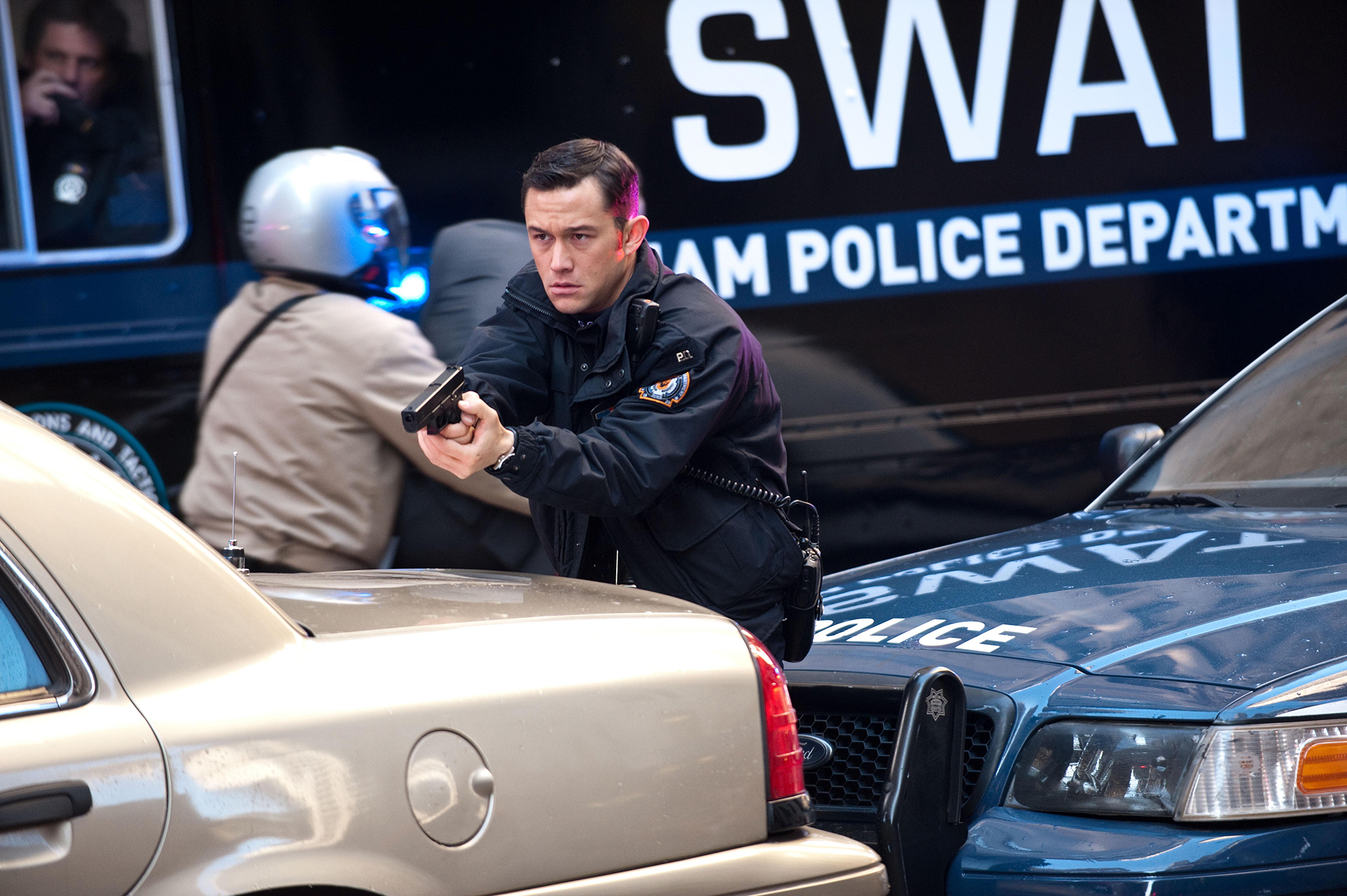 Gordon-Levitt used imagery for the vividly striking fight sequence in Mr. Corman. Instead of the Bat-Signal, he used a UPS-Signal, a shout-out to Victor’s job, and even Marvel’s Thor popped up.

“Those sequences come when the character’s feeling feelings that are so kind of big or unexplainable that a grounded realistic scene just will fail to describe how it feels,” he explained to Us. “I don’t know that the audience would really feel it [otherwise]. And so sometimes you just got to go into something larger than life …”

Despite Gordon-Levitt’s flashback to Gotham City, don’t expect him to reprise his role in the franchise. “People always ask me about it. And I appreciate it,” he told Us. “But yeah, no.”

New episodes of Mr. Corman drop on Apple+ every Friday.