Woolworths worker in tears after being treated horribly by shoppers

A photo of a Woolworths employee in tears has captured the grim reality for many retail workers who are being abused by customers angry about shortages caused by coronavirus-induced panic-buying and hoarding.

The photograph shared on Facebook showed an exhausted worker in tears at the self-serve checkouts after she was treated horribly by rude customers, and summed up the anguish felt by staff at Australian supermarkets.

Supermarket chains have all imposed rationing to curb shelf-stripping over-buying.

The shortages and the rationing had infuriated many customers who were taking out their anger on staff and other shoppers, with several instances of physical fights in the aisles as they fought over scarce items.

One woman who shared the image demanded customers get a ‘reality check’. 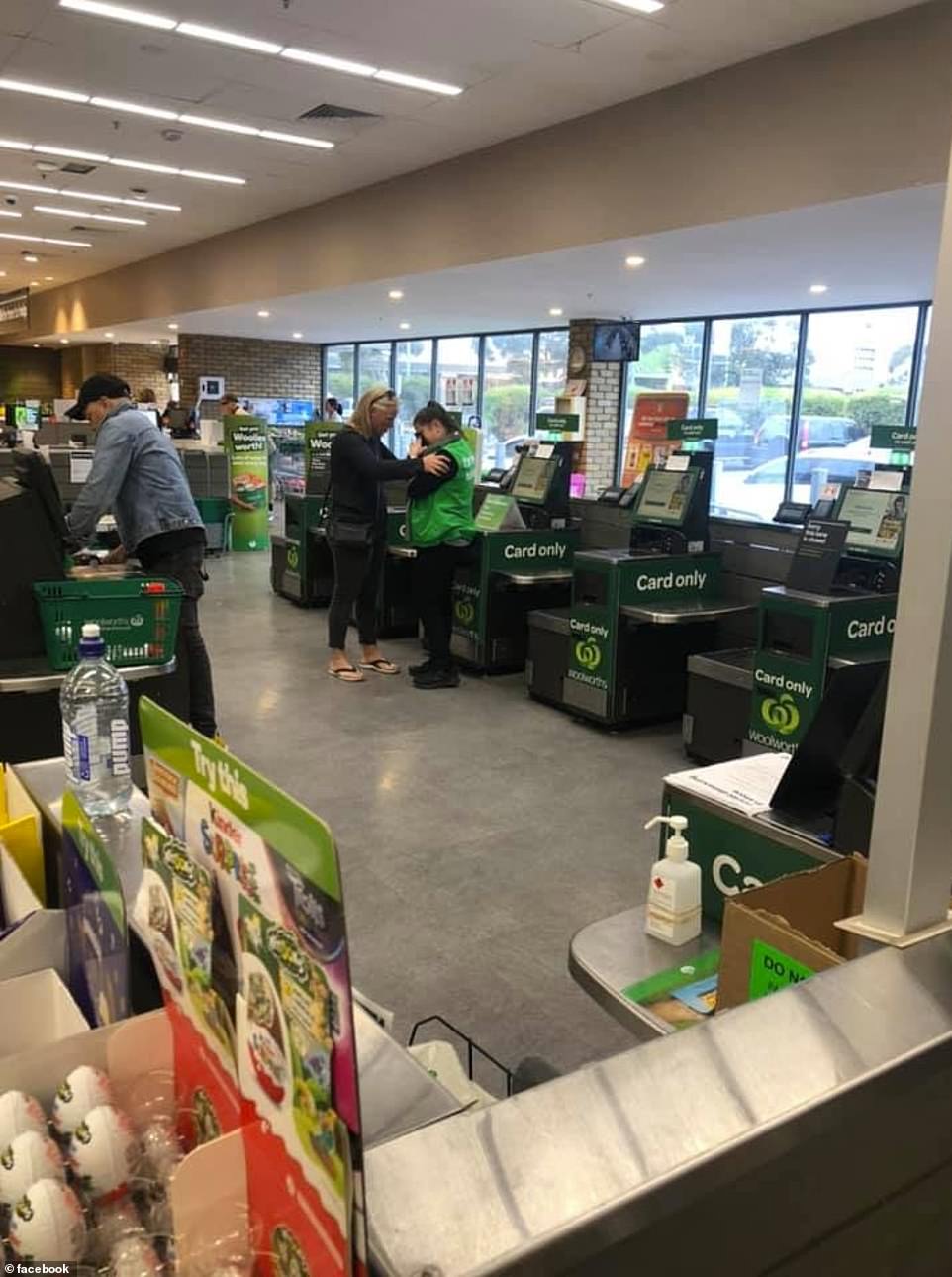 ‘These poor workers are being brought to tears because of the way people are treating them, blaming them and abusing them for something they have no control of,’ one woman said.

‘They’re humans just like the rest of us, trying to make a living, trying to do the best job they possibly can for everyone at the moment.

‘Before you look for someone to blame for all of this mayhem, maybe try and think about the fact that these people are just trying to do their jobs and don’t need to be abused every 10 minutes just because Woolworths and Coles is out of stock.

‘Be a decent human in these time you never know what someone is struggling with in their lives and you’re abusing someone over not being able to buy three packets of pasta or some toilet paper.’

The shortages of products had spread beyond supermarkets, with Bunnings announcing on Thursday that it was placing limits on sales of some products.

Panic-buying also spread to bottle shops this week after pubs and clubs were shut down to restrict the spread of COVID-19 and drinkers feared the likes of Dan Murphy’s and Liquorland would soon follow.

Other retail workers responded to the photo of the crying worker with their own experiences of being rudely treated by customers.

‘Walked into Woolworths wearing my Kmart uniform and got yelled at because they didn’t have toilet paper. Even though I didn’t work at Woolworths,’ one woman said.

A second said: ‘As a retail worker for Dan Murphy’s, we are classed as “essential”. We didn’t ask for this pandemic. We certainly didn’t ask for sh***y customers who can’t buy their bottle of Gossips and Bowler’s Run. Definitely blessed to have a job still.’

A third said: ‘This is horrible. These poor workers are just trying to do their best. They don’t have control over anything that is going on. They are there just to get your items through for you to pay. Please show some extra kindness to all retail staff, especially those working in the supermarkets at the moment.’

And another said: ‘So sorry these hard working people are being disrespected. What is wrong with people, can they show some respect to theses people. Disgusting behaviour.’

One Woolworths employee said her store had barely opened its doors when it had to deal with an unruly shopper.

‘Half an hour into the day and we already had to call security and the police. Enough is enough guys. Treat each other with respect. We are just doing our job,’ she said. 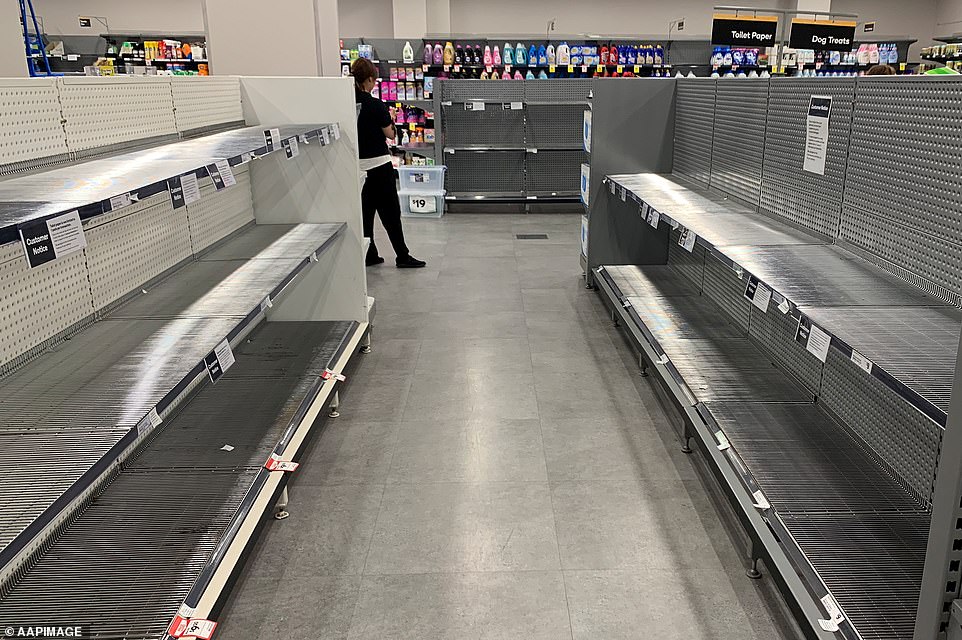 Many supermarkets had introduced special shopping hours for the elderly and disabled to give them a shot at buying goods amid the long queues and aggressive behaviour.

Some states had also loosened regulations to allow supermarkets to operate up to 24 hours a day to spread out the shopping load.

An employee who works for Woolworths supply chain responded to the photo of a distressed colleague by praising the workers for being on the ‘frontline’ during this difficult time.

‘Massive appreciation to all staff, some of whom are 15 to 18, putting in massive efforts and dealing with unspeakable behaviour, you are the true embodiment of the “everyday hero”,’ he said.

Hundreds of shoppers thanked the supermarket workers for working long hours to keep up with the high demand of essential items.

‘I take my hat off to the people working for Woolies, Coles and Aldi. Would be bloody tough at the moment. And it’s no ones fault that stores are out of stock. They’re all trying their best,’ one said.

The coronavirus pandemic had killed 12 people in Australia, with 2,675 having tested positive.

The federal and state government had ordered the closure of many shops, and even more drastic restrictions were considered likely which would leave only supermarkets, pharmacies and convenience stores in operation.