LGBTQ+ representation in Hollywood is still far from perfect, but there’s no denying that it’s come on in leaps and bounds in the 21st century. For those of us who grew up in the ’90s, we saw queer characters on the rise in the mainstream, but still stuck in the mud of familiar – and rarely inspiring – stereotypes.

From sad-sacks to serial killers, these are the archetypes we had to choose from. Suddenly Love, Simon looks a lot more groundbreaking, right? 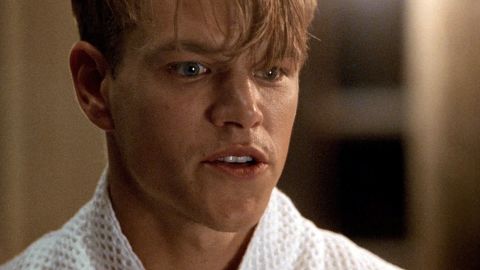 Movies: Silence of the Lambs, The Talented Mr Ripley

And so we get Silence of the Lambs‘ creepy Buffalo Bill, and Matt Damon’s Tom Ripley, who fancies Jude Law so much that he bludgeons him to death and steals his identity. Sometimes the murders are driven by gay shame, as in the case of Chris Cooper’s hardline veteran in American Beauty.

Whatever the case, you’d better lock up your sons. 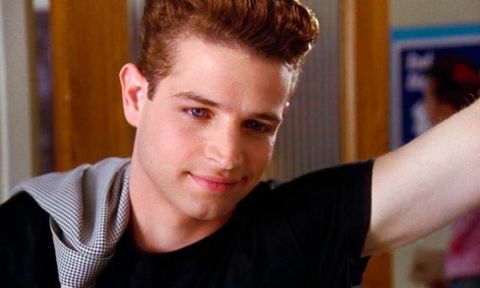 Some movies are keen to show that they’re totally fine with the gays, as long as we aren’t subjected to any of that gross kissing or – god forbid – sex stuff. The celibate Gay Best Friend™ serves as a machine for delivering witty jibes and folksy wisdom – a sort of living, reusable fortune cookie, if you will.

Of course we love Clueless, but as soon as Cher realises that Christian is a “cake-boy… a disco-dancing, Oscar Wilde-reading, Streisand ticket-holding friend of Dorothy”, then his romantic potential disappears forever. Perennial supporting characters, the GBF never get subplots of their own, and the script has to explicitly tell us that they are queer, because otherwise the only action that identifies them as such is their sass. 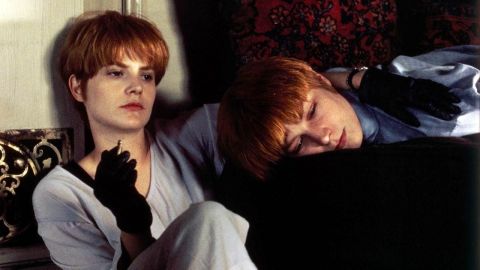 Lesbians be crazy. Once a woman has rejected all the conventions of polite society (ie having sex with and doing the dishes for a man), all bets are off.

Basic Instinct is best known for that scene (you know the one), but it also portrays Sharon Stone’s Catherine Tramell as a bisexual woman at the head of a harem of murderous lesbians. Or maybe you’d prefer Jennifer Jason Leigh in Single White Female, the obsessive roommate who will kill your nearest and dearest and copy your haircut.

All but for the love of a good man, presumably. 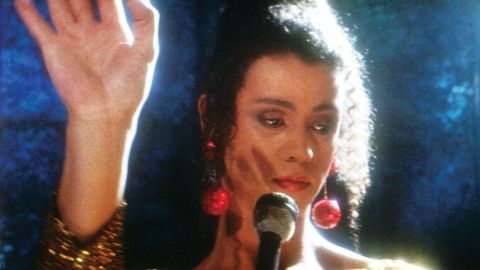 The ’90s liked to play off the ‘ultimate fear’ of your average, red-blooded heterosexual man – that he might be ‘tricked’ into sleeping with a transgender woman, thus compromising the hard-won image of himself as an alpha male.

There is The Crying Game‘s (in)famous twist, of course, and worse – the climax of Ace Ventura, in which an entire room of men retch and vomit when they realise that the antagonist ‘is really a man’. Trans women were frequently the subject of scorn, seen as shapeshifting deceivers who can’t be trusted.

Even the good-natured To Wong Foo, Thanks for Everything! Julie Newmar is based around a trio of drag queens deceiving a small town as to their gender identities. Lock up your sons again, etc. 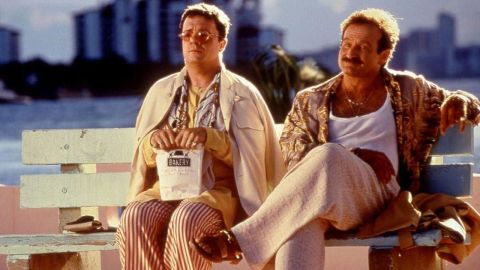 A Hawaiian shirt-wearing, rainbow flag-waving variant of the GBF, the flaming homosexual is sometimes even allowed to own their sexuality – at the price of embodying every gay stereotype ever in one frail human body.

Lisping, flapping, screaming, weeping, musical-loving, cross-dressing, being-an-interior-designer – if you can think of it, they possess it. The flaming homosexual is usually (but not always) portrayed with a level of affection, but also doubles down on the stereotypical view of what it means to be gay. Sure, we’re all ‘fabulous’, but LGBTQ+ people come in all shapes, sizes and levels of flamboyance. 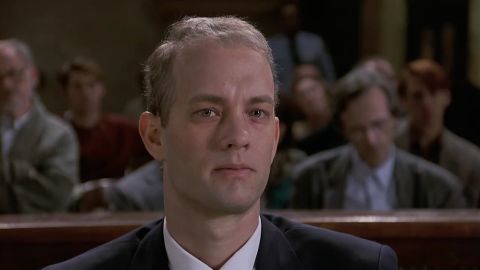 As we slowly emerged from the AIDS crisis of the 1980s, it’s small wonder that its shadow continued to loom over ’90s movies. Tom Hanks won an Oscar for 1993’s Philadelphia, in which he played a dying HIV+ gay man. It brought a sympathetic LGBTQ+ character to the mainstream, although some queer critics thought it played things very safe by focusing too much on Denzel Washington’s straight lawyer character, and it hardly represented a U-turn in Hollywood’s attitudes to homosexuality.

It also helped cement the image of the ‘tragic gay’ in the mind of the mainstream, one that was perpetuated by a century of stories where the queer protagonist dies or ends up alone and miserable in the end. In Summer of Sam, bisexual Adrien Brody is beaten half to death, and Wong Kar-Wai’s Happy Together portrays a gruelling string of ill-fated relationships.

These films were probably playing heavily on your parents’ minds when you sat down to have a ‘little talk’ with them re: your sexuality after your first term at university. Thanks a bunch, Tom.

7 . The lesbian waiting only for Ben Affleck 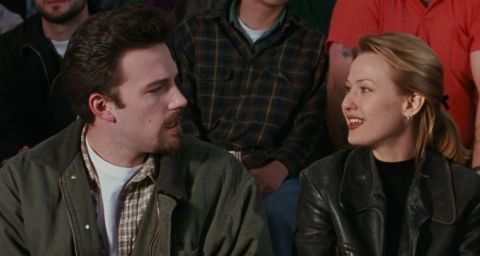 IRL, Joey Lauren Adams’ Amy is probably a very normal bisexual woman. But in Kevin Smith’s View Askewniverse, she is a lesbian who just hasn’t met the right Ben Affleck, a brief friendship and a short talk with whom is enough to convince her (temporarily,thank heavens) to bat for the other side.

This theme survived the decade, resulting in 2003’s Affleck and Jennifer Lopez-starring Gigli, widely regarded as one of the worst films ever made. The message is clear: lock up your lesbians – Ben Affleck is on the prowl.