A Kensington flat has hit the market for just £390 a month, but there's a catch 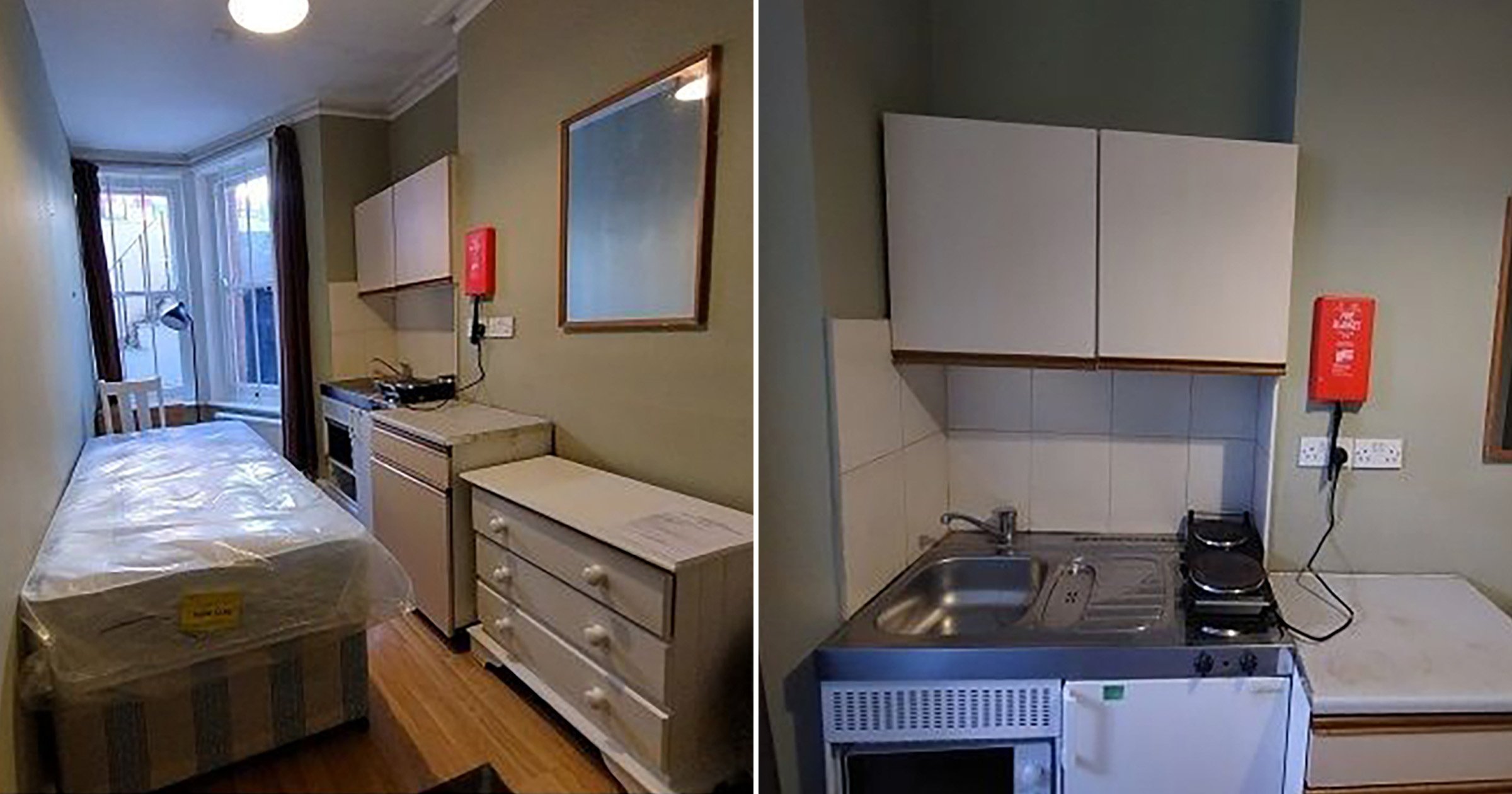 Kensington is one of the capital’s most sought-after areas, but this listing just goes to show that reputation isn’t always everything when it comes to property.

For just £390 a month, you could live in a one-room flat in West Kensington, within walking distance of the likes of Holland Park, Stamford Bridge, and the Hammersmith Apollo.

You’d have to agree to live there for at least six months, but the rent works out at just £90 per week.

Considering the fact that, according to Statista the average monthly cost of rent in the UK is £1,060, and in London it’s £1,752, those numbers are a little bit mind-blowing.

But, as is often the case, there is significant a catch.

This particular flat is so small, the single bed is almost touching the sink.

There also isn’t a bathroom inside the room, which means you’d have to share with other residents in the block.

Photos show the bed pressed up against one wall, with the kitchenette is just centimetres away.

The sink, window, bed, microwave and camping-style cooking hob are all within touching distance of each other.

The Zoopla listing refers to the flat as ‘compact’.

It reads: ‘A single bedsit situated within a large Victorian house in-between West Kensington and Baron’s Court stations with lots of amenities in the area.