Aaron Rodgers Is Roasted About Hosting 'Jeopardy!' After Packers Get Creamed

”I can’t believe I drafted a Jeopardy host for my fantasy team,“ one writer tweeted after the Packers lost 38-3 to the Saints 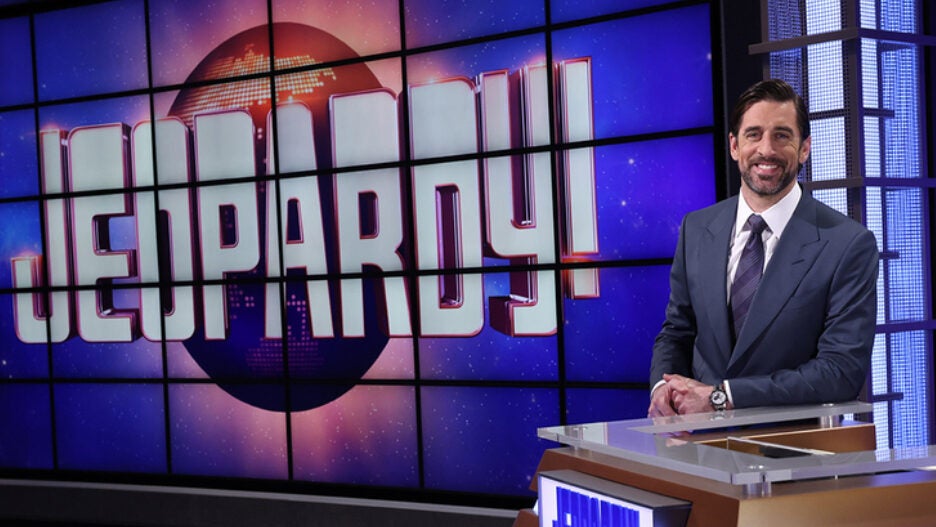 After hosting “Jeopardy!” during a turbulent offseason with the Green Bay Packers, Aaron Rodgers was hoping to begin a championship season on Sunday. Instead, he and the Packers got blown out 38-3 by the New Orleans Saints — and the “Jeopardy!” jokes began to flow on Twitter.

“I can’t believe I drafted a Jeopardy host for my fantasy team,” read one tweet, while another joked that the NFL quarterback has passed Alex Trebek for the most interceptions thrown by a host of the venerable game show.

It was a shockingly ugly game for Rodgers and Green Bay Sunday, as the reigning MVP failed to score a touchdown while throwing just 133 yards and two interceptions. Meanwhile, Saints QB Jameis Winston, in his first start since the retirement of Drew Brees, threw five touchdowns while the rushing offense racked up 171 yards.

The gruesome loss comes after an offseason where Rodgers was in a tense relationship with the Packers, disgruntled at their failure to return to the Super Bowl after winning a decade ago as rumors spread that he might leave the team. While the two sides came to terms, the loss will only heat up murmurs that Rodgers will head off to another team in free agency next year.

Meanwhile, things aren’t looking any better on the Sony Pictures lot, as “Jeopardy!” is scrambling to find a new host. Trebek’s replacement, Mike Richards, was dumped as host and executive producer after allegations of misconduct during his time as producer of “The Price Is Right” surfaced. “Jeopardy!” is returning to the guest host format used to finish last season after Trebek’s passing, with new “Jeopardy” primetime host Mayim Bialik serving as the first guest host.

Instead of touting Trebek’s successor to kick off the new season this week, “Jeopardy!” is relying on current champion Matt Amodio to bring in fans. Amodio finished last season on a tear, winning 18 consecutive games and a running total of over $575,000. Only “Jeopardy!” legends Ken Jennings and James Holzhauer have won that much.

Check out more Rodgers roasting in the tweets below.