About That Station 19 Finale Cliffhanger and What Comes Next 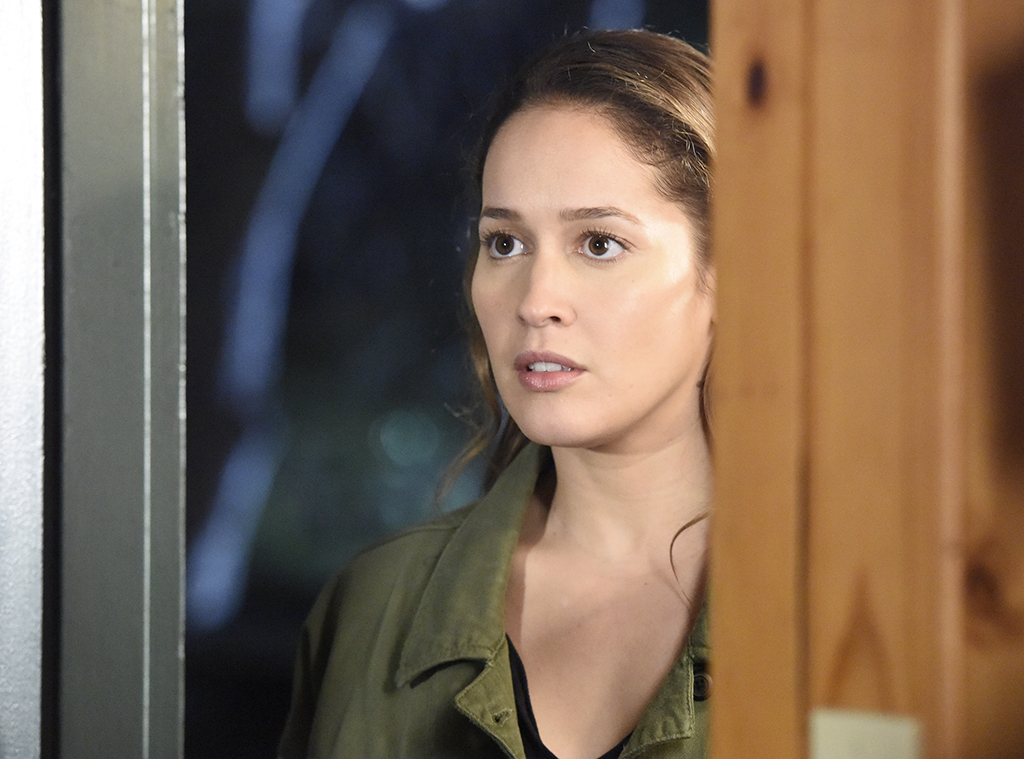 Not even Meredith Grey ever got this kind of surprise.

After spending all of tonight’s finale, not to mention the past couple of episodes, searching for the reason her father had hidden her mother’s side of the family from her since her mother’s death, we all found out that Andy’s mother actually didn’t die at all. She’s alive and seemingly well, and is no longer hiding away from her own daughter.

The reveal is just another little blast from this bag of bombs Andy was gifted this season, including the death of her best friend, the loss of the promotion she thought she was getting, a new husband with a drug addiction, and the loss of her father. Showrunner Krista Vernoff says that it was her intention to put Andy through a little bit of hell this season, and we’re in for a darker and twistier Andy—a la Meredith Grey—next season.

“Here’s what I know: having lived as many decades as I have now, sometimes life beats the s–t out of you. Like, sometimes life just beats the crap out of you everywhere you turn,” Vernoff says. “It tends to rain, like when it rains it pours. We hear these stories all the time, like she lost her best friend and her mom in the same month, and then her dog died. But it’s rare it happens on television like that. We tend to save it, you know, someone can lose their mom one season and their best friend another season. In television you want to parse it out, and I just felt like Andy was ripe for some abuse from life.”

Basically, Andy was too happy.

“I think partly it was the design of the show,” she says. “She just was perky and she was smiling a lot in the early years of the show, and I thought life hasn’t beaten her up yet and I’m really interested in seeing who she becomes in the wake of some revelations. I was interested in exploring a darker, twistier Andy, and I think Jaina really has it in her.” 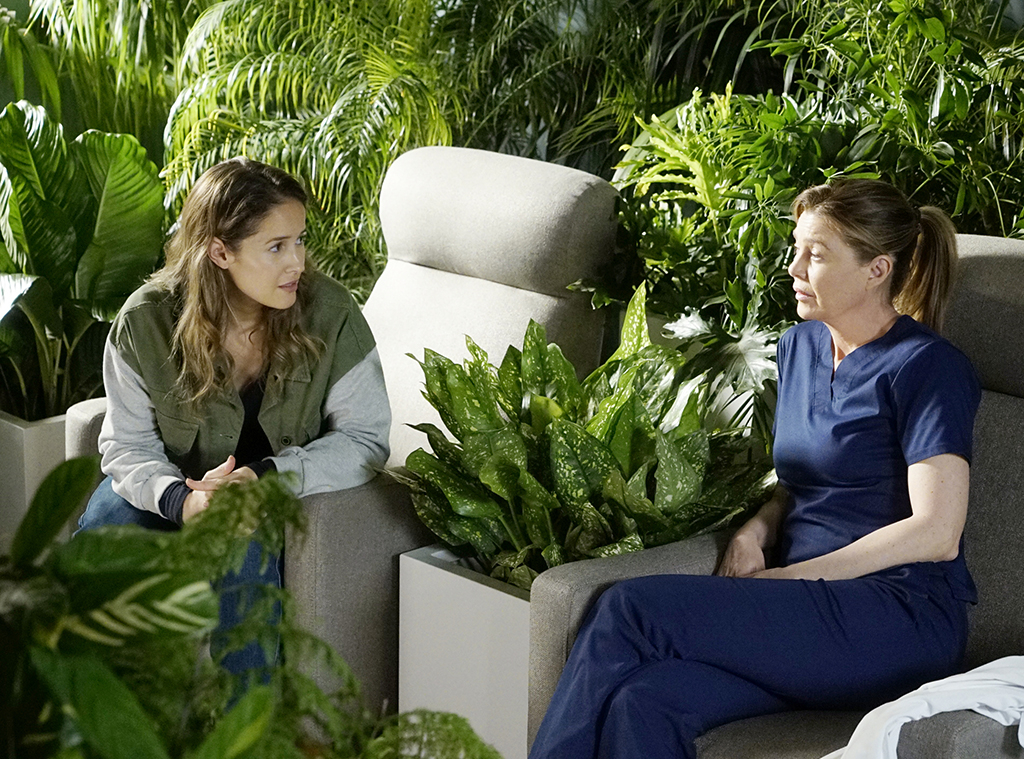 When you need to get darker and twistier, who else is there to go to besides Meredith Grey? While everyone around her has been telling her she’s crazy for even thinking her dad might have had a dark side to him, Meredith was the one person who believed her immediately.

“She’s been through tremendous loss this season, and I think that loss laid her out, and then she had a knowing, she came into a knowing that something wasn’t right about the story she’d been told her whole life by her dad,” Vernoff explains. “She got signs, she found these pictures of the family, she had these fractured memories, and she seemed like a crazy person…because everyone who loves her is telling her she’s crazy, but then here comes Meredith Grey, who doesn’t really know her and doesn’t really love her, but is able to offer her the clarity that she doesn’t sound crazy. She sounds like a person who is coming back into her memories, which is a thing that Meredith has been through.”

Sometimes the people who love us most, Vernoff says, just want to save us from the “deep, rich, important, painful truths of our lives that we need to discover.”

“Andy has discovered a very big truth about her life, but she doesn’t know yet the why. Why did her father tell her her mother was dead? Why did her mother go along with that? What was happening. That is the right material for season four.”

Elsewhere, there was a whole lot going on. Explosions were going off at Pac North, which meant a five alarm fire and almost the entire team was involved. Only Sullivan and Andy were left out, as Sullivan, who is suspended for the drugs, was getting surgery on his leg, and Andy was being his wife while also freaking out about her dad.

Things got hairy for a while as Dean was forced to use his bomb squad training to deal with a bomb that was about to go off in the lab the whole team was trapped in, but of course they all made it out safely.

Oh, and Dixon was arrested for all of his corruption, which is really the icing on the cake.

We asked Vernoff to weigh in on what went down with the Station 19 squad members, and what that means for their future. 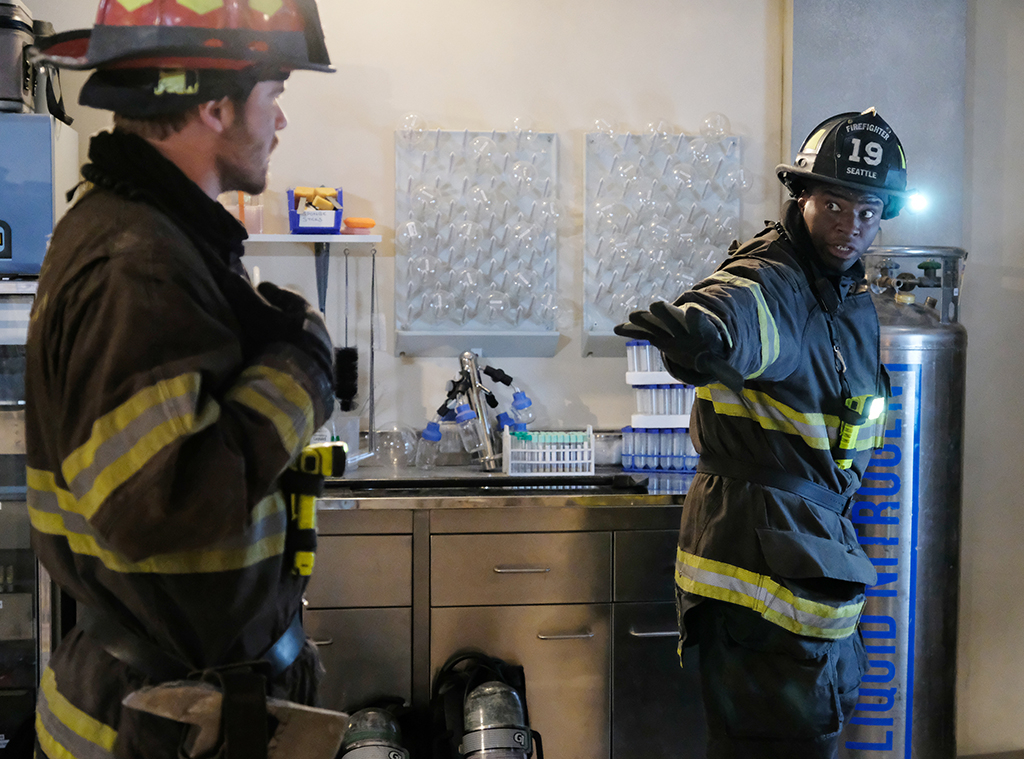 Dean decided his crush on Vic—who still seems a little hooked on Jackson—is out of control, and asked her to move out, breaking her heart and the hearts of those of us rooting for them. Their potential love isn’t dead, but it’s not going to happen any time soon.

“I think that Dean has developed very real feelings for Vic, and I don’t think that Dean is nearly as quick as his friends are to break rules and to take risks that could lose him his friendships and his community,” Vernoff says. “He lost his parents this year, he was disowned, and Station 19 is his family. And if he declared his love for Vic and it didn’t go well, that fractures another family and could permanently fracture it. So he’s trying to shove it down and he cannot continue to shove it down with her going to sleep in his bed.” 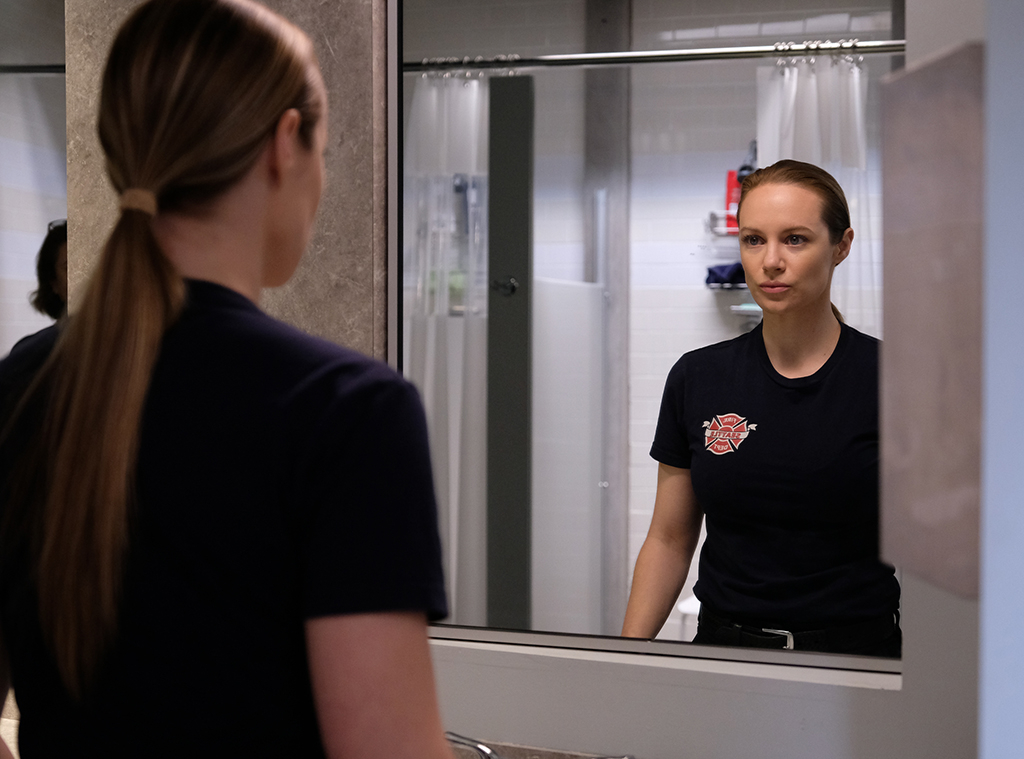 After throwing it in Carina’s face that she slept with Jack last week and denying to everyone that her father was in any way abusive, Maya finally saw the truth when her dad showed up at the fire scene and tried to boss her around, berating her for not doing her job while he was the one preventing her from doing it. Then he pulled on her ponytail, and that was the last straw.

Back at the fire station, she cut off that pony tail, then reconciled with Carina. Vernoff says that was Danielle Savre‘s real hair, meaning there was only one take for that emotional scene.

“I think that it lays her bare, and it opens her up as a character in so many beautiful ways,” she says of this revelation Maya had. “Danielle got one take to cut off her real hair, and she did it so beautifully—the power, the pain, and the vulnerability. I’m really excited to see who she becomes in the wake of this discovery that she was abused and that what she had decided and had been told was love was actually abuse. I think that will change her as a human being, and she’ll have the opportunity to learn how to really love.”

We just want Travis to be happy, and we told Vernoff that. She says that him breaking things off with Emmett is a step in the right direction.

“I just want Travis to be happy too,” she says. “And I think it’s a big step on that path towards happiness to admit when you’re not in love with someone. I think wanting partnership so badly that you pretend to be in love or that you pretend that someone is at your level because you can’t handle being alone is not happiness. So I think that Travis has matured and he’s starting to own his bravery and his truth and his adultness and his self esteem in a way that I think does lead to happiness. I just don’t know that his happiness is going to be in a partnership in the immediate. We’ll see. I don’t know. Maybe he’s gonna fall in love with someone amazing in season four. I just don’t know yet.” 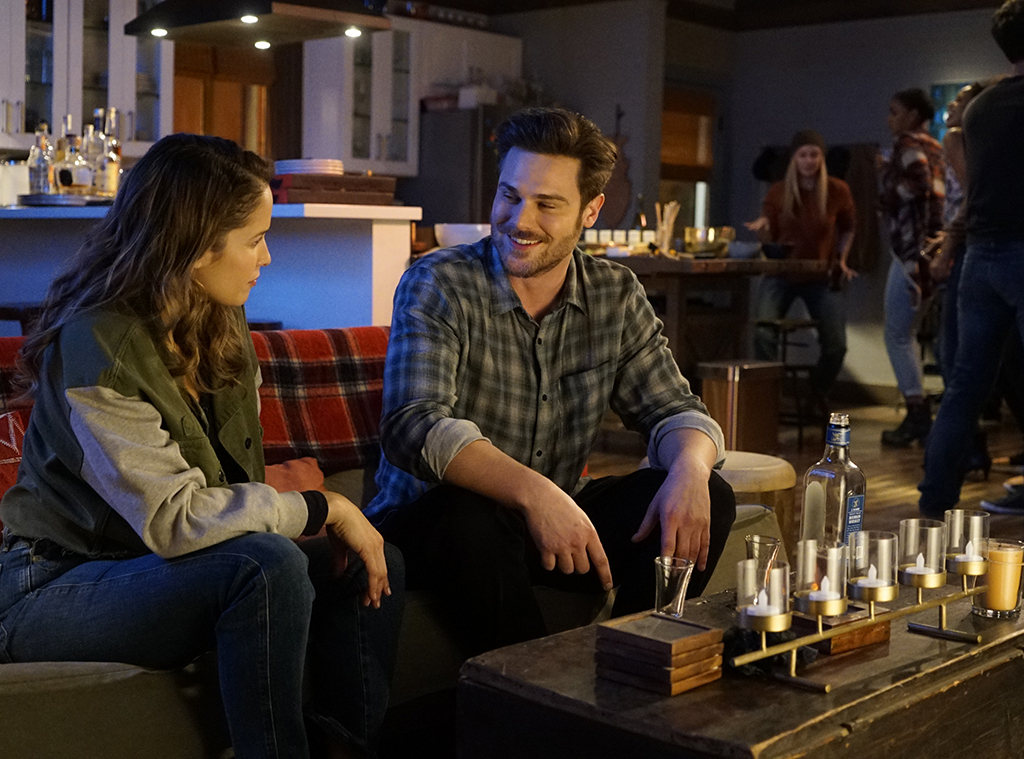 “I so deeply love that story,” Vernoff says. “And I love Jack and I root for him and I just love that he found a way to make himself a little family. I just love it. He was so lonely all season and I just love that out of the gesture of kindness, out of connecting with Marsha’s loneliness, Jack recognized his own loneliness, and his own fear of being alone, and he reached out to her and in that effort, in that action, he created the opposite of loneliness for himself, and it moves me.”

Sullivan on the road to recovery for his addiction but now he’s on a different road to recovery after going through with the surgery that may or may not help his pain. The last we saw of him, he was in extreme pain and accepting the morphine Amelia prescribed.

“That could go in any number of directions,” Vernoff says. Sullivan is an addict, but even in Narcotics Anonymous, if a doctor prescribes you medication, it’s ok to take it, which is what Amelia is telling him. You don’t have to be a hero and not take medication for your pain post op, but he’s got his mindset and he believes his wife will be there to help him through it, and that turns out to not be true. So for sure I think there’s a bit of a rocky road for Sullivan and Andy in season four.”

“I think that it’s a marriage that was rushed into,” Vernoff continues. “I think that they trauma-bonded, and that doesn’t mean that it couldn’t become a successful marriage, but right now it’s on shaky ground.”

As for what comes next, stay tuned. We’ve got a few hints from Vernoff about what could happen with both Station 19 and Grey’s Anatomy as production start dates remain uncertain.