Andi Peters has recently taken over presenting duties for Scottish host Lorraine Kelly on her eponymously titled show. The 50-year-old is best-known for his long-serving role on ‘GMB’, which came years after his career debut on CBBC, in the studio dubbed ‘The Broom Cupboard’. During his time alongside Susanna Reid and Piers Morgan, there have been a number of banterous exchanges between the ITV trio – most notably one saucy comment led to backlash from the public.

Commenting on the brutal comments after the TV show, Andi tagged Piers on Twitter and vented: “Look what you’ve started.”

The remark referred to the host deliberately describing the ‘GMB’ jackpot prize as his “Andi’s big package”.

Piers used the cheeky innuendo a number of times, including in September 2017, which left Susanna so shocked that she was stunned into silence and put her head in her hands.

The controversial host burst into hysterics as he read: “It’s competition time, here’s Andi with your chance to win a prize package, worth more than eighty…”

Laughter stifled him for a second before he continued: “£85,000, Andi and his prize package, here we go!”

In another clip, he described the money as his “great big package” with a sly smirk before cameras cut across for a live two-way. 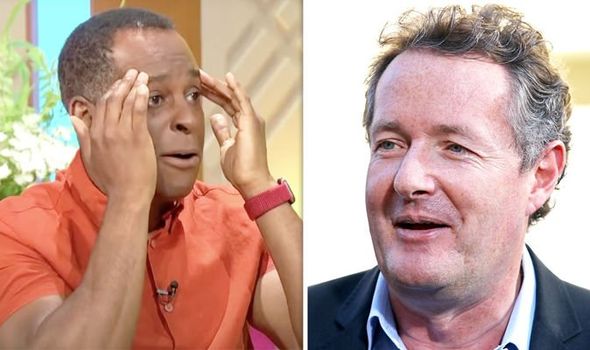 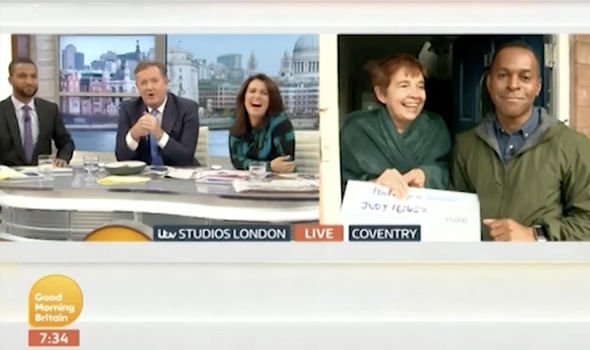 He teased viewers with the prize as he walked towards the winner’s home at a then-secret location, before he continued the joke.

Andi, who struggled to keep his composure, said: “Yes I have got a very big package… It’s a prize package!”

Later in the show, Piers jested that the prizewinner was “not the first person to be stunned by the sheer size of Andi Peters’ package”.

Laughter erupted in the studio and the woman stood beside Andi smirked at the cheeky quip. 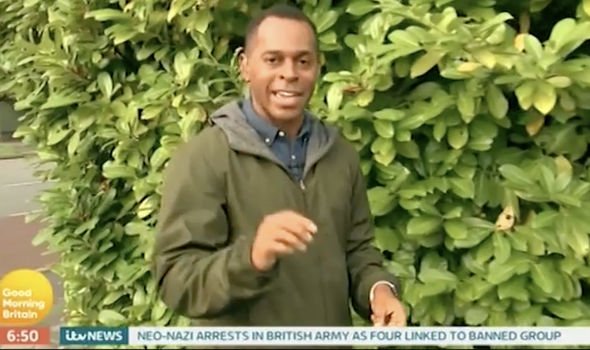 Susanna tried to move on from the joke, as she congratulated the winner and said: “You’re very gracious at this time in the morning having only just woken up!”

In a separate clip, entertainment editor Richard Arnold made a joke about the back-and-forth when he said: “We’re doing our best to follow Andi Peters’ package.”

On Twitter, Andi named Piers as responsible for viewers continuing the joke online and shared one fan’s cheeky response.

It read: “We all want your big package Andi… So sad you can’t give it to us all [crying emoji]. Have a great day sweet man. Love from Scotland.”

Another user quipped: “Where can I get a hold of this big package of yours Andi?”