Omid Djalili, Perri Shakes-Drayton, Dermot Murnaghan and Susan Calman were the four famous faces hoping to win big on tonight’s The Chase: Celebrity Special. However, in order to do so, they’d have to outperform quizmaster Anne. Susan was first up to try and get the ball rolling but, as is typical on the ITV quiz show, Bradley and Anne couldn’t resist a cheeky swipe at one another.

The jokes began from the very beginning after Susan had racked up a respectable £6,000 in her cash-builder.

It was left to Bradley to introduce each of the possible five Chasers she could face, issuing a jibe or two along the way.

When it came to Anne’s introduction, Bradley dished out a brutal putdown as he quipped: “Or will you be playing The Governess, 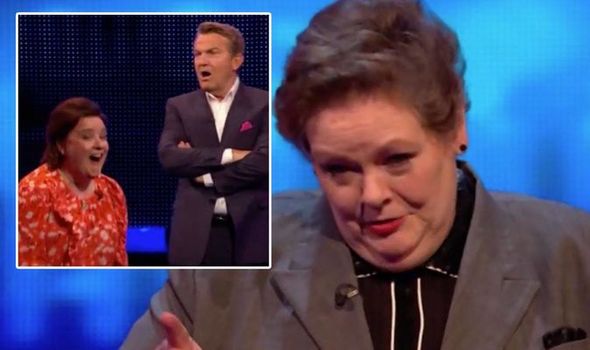 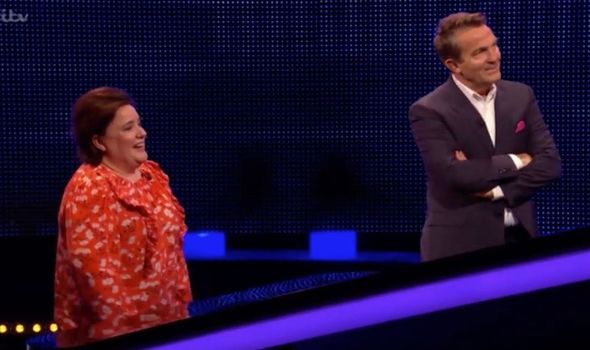 Susan was quick to defend the expert quizzer, however, admitting she was the Chaser she wanted to face off against.

The bizarre confession was met by a puzzled reaction from Bradley and moments later, her wish came true.

Anne soon emerged from backstage and made her way to the table, much to the delight of Bradley and Susan. 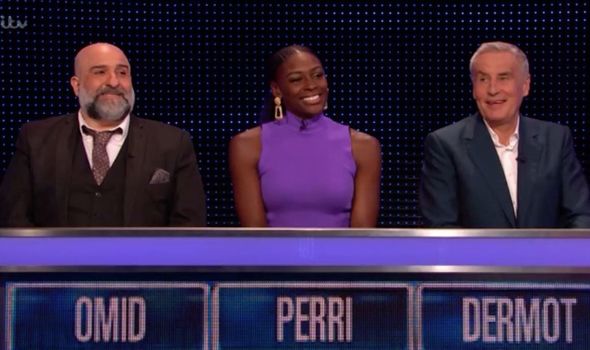 “I just want to say,” Susan said to The Governess. “I think you’re marvellous.”

“Who I’m sure loves you back,” she added, prompting the host to admit: “I do.”

However, Bradley played right into Anne’s hands as she delivered a brutal putdown: “He loves anyone who makes him look tall.”

Susan bent over in laughter as the studio audience joined in as well – while Bradley stood open-mouthed at the swipe.

As the show moved on, Susan managed to make it home with her £6,000 for the Final Chase.

Dermot followed suit with £5,000 to add while Perri opted for the low offer of £1,000 to ensure her place in the final.

Omid, however, went bold and brave and opted for a staggering high offer of £128,000.

In a nailbiting head to head, Omid made it a one question shootout as he neared a monumental win.

Sadly, he missed out as Anne caught him with just one step remaining.

However, paying him respect, Anne committed a show first and gave Omid a standing ovation for his efforts.

The Chase continues weekdays at 5pm on ITV.