The presenter was spotted leaving the department store in London's Knightbridge 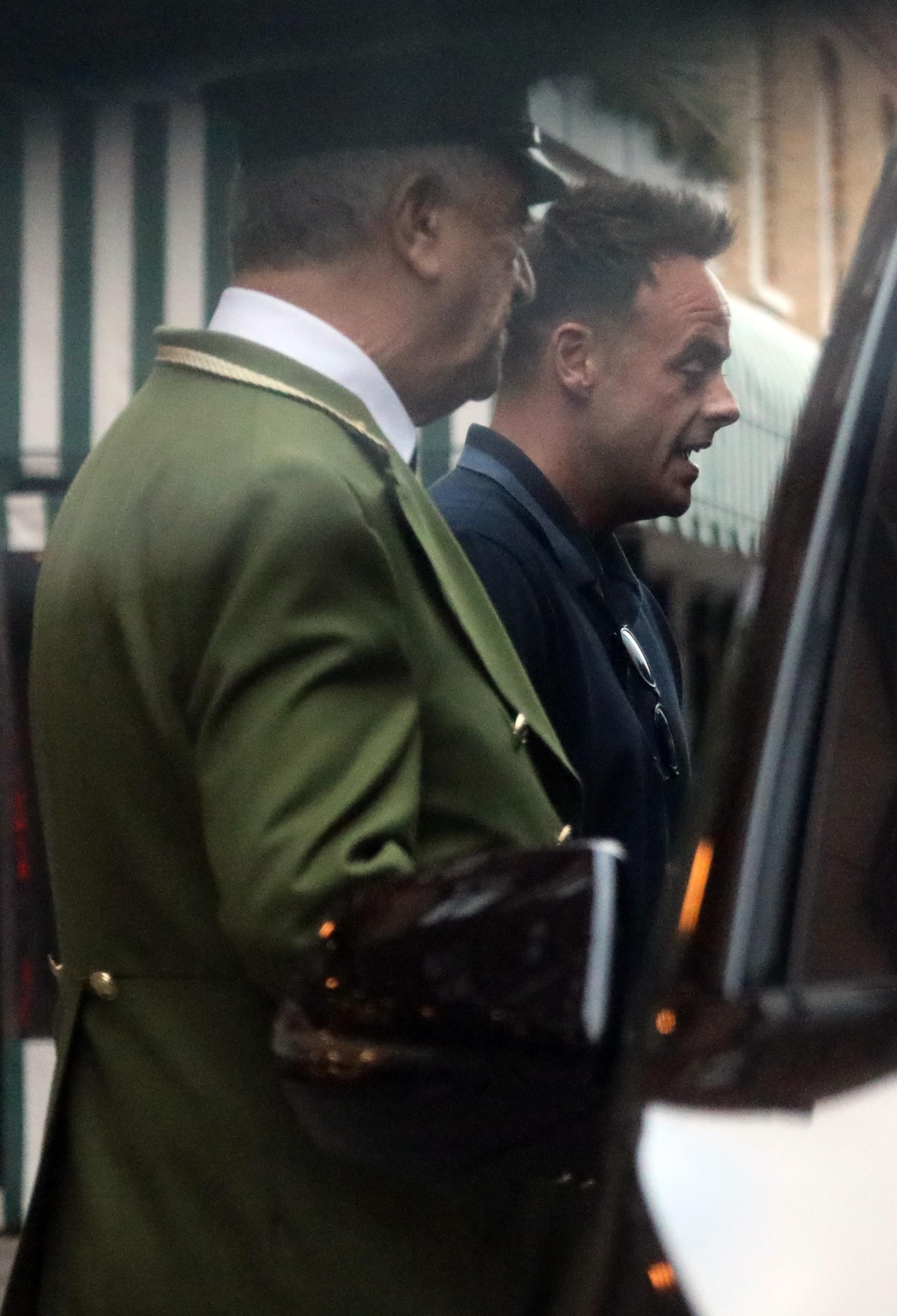 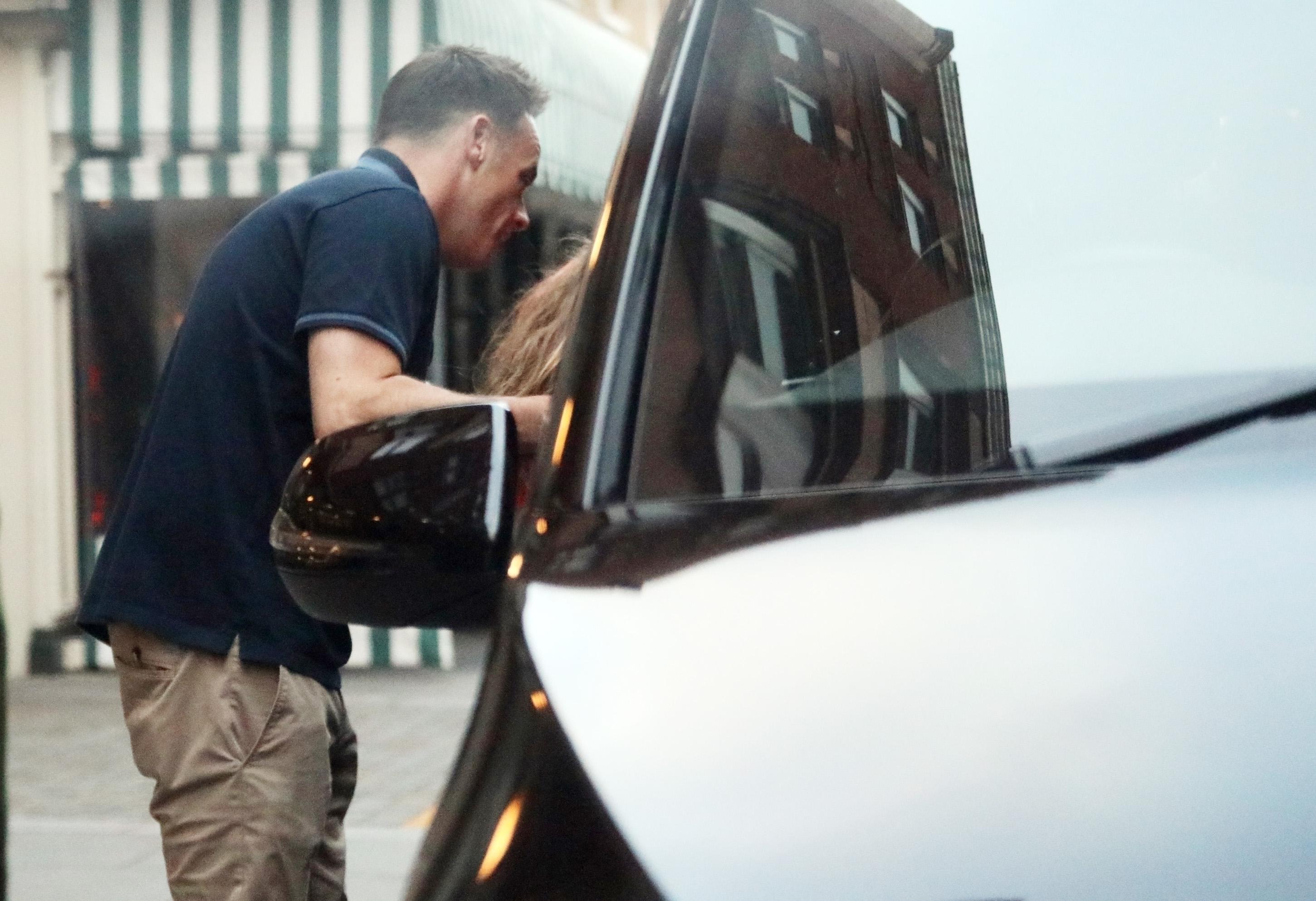 The star looked happy and relaxed as he left the store in a taxi.

Ant's appearance comes after his pal Jeremy Edwards voiced fears that the Britain's Got Talent host 'may never return to TV as he's had enough'.

The former Hollyoaks actor took to Twitter to discuss the Geordie duo, and how Dec, 42, had coped since TV partner Ant had stepped out of the limelight to focus on his wellbeing following his drink-drive arrest and return to rehab earlier this year.

Having watched Dec host the Britain's Got Talent live shows by himself, Jeremy, 47, tweeted: "I love Dec on his own, gentle delivery, more grown up. 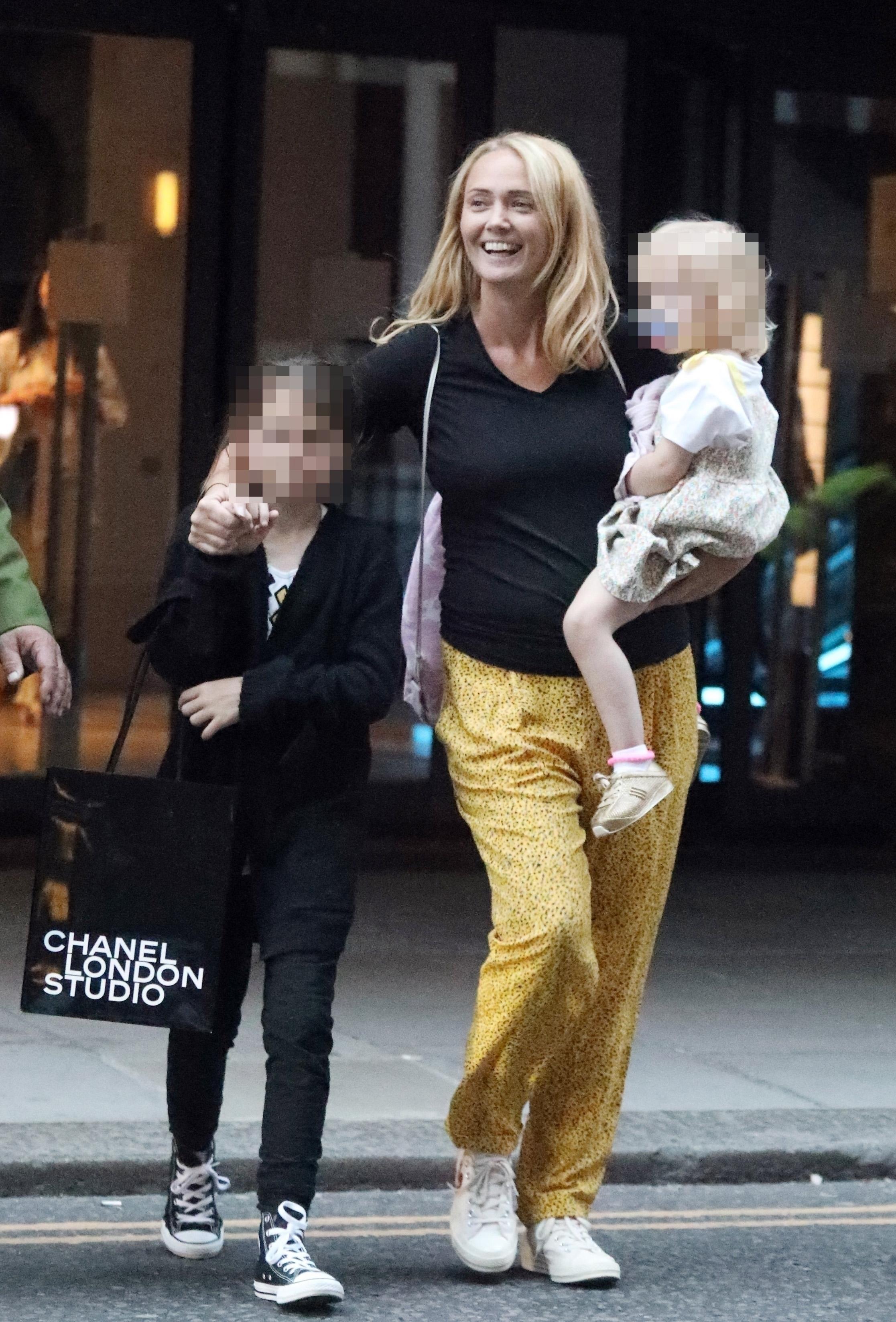 "Obvs I love Ant but maybe it's simply time? For both their sakes. @BGT".

As fans of the pair cried out that they couldn't go their separate ways, Jeremy added: "I know them both over the years and Dec was always the more confident.

"Both equally lovely but Ant a bit shy."

Jeremy went on to explain his reasoning for thinking Dec should continue presenting on his own, writing: "I'm just worried Ant has had enough but keeps going for his mate.

"Dec is obviously v comfortable. I love them both." 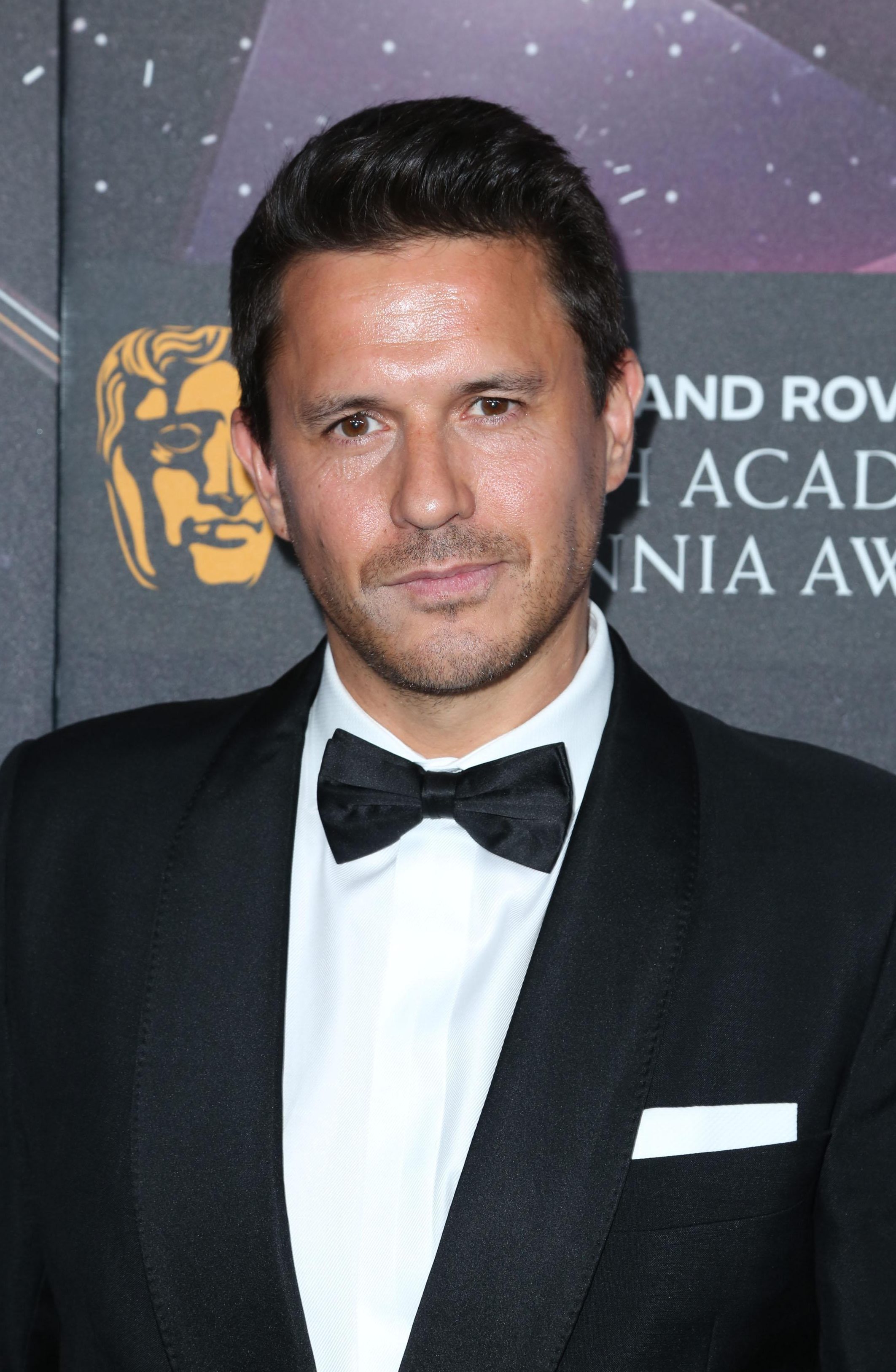 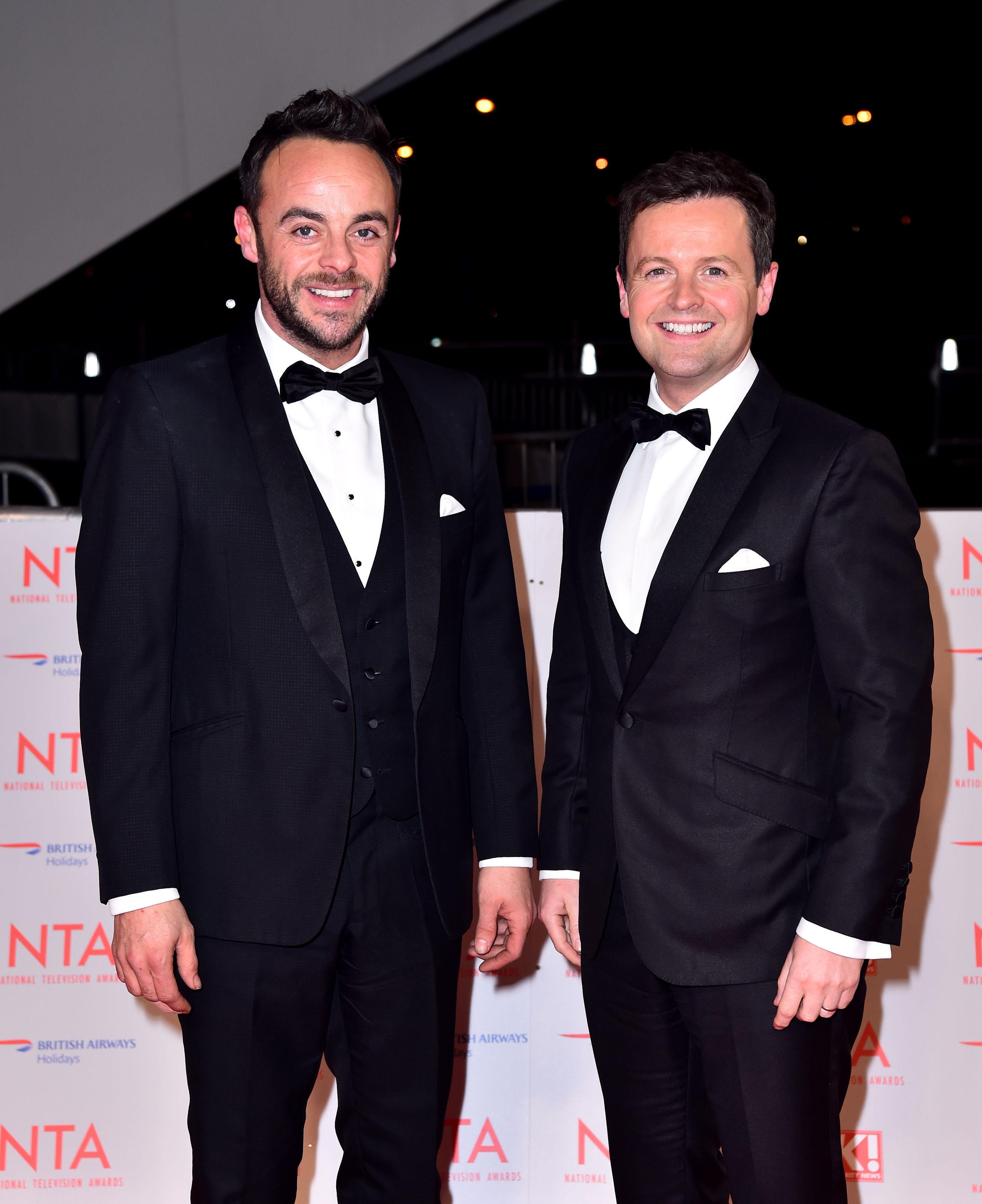 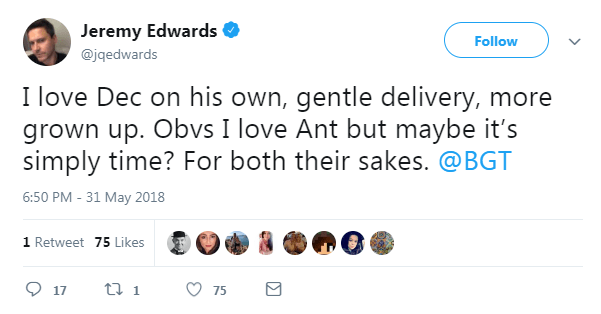 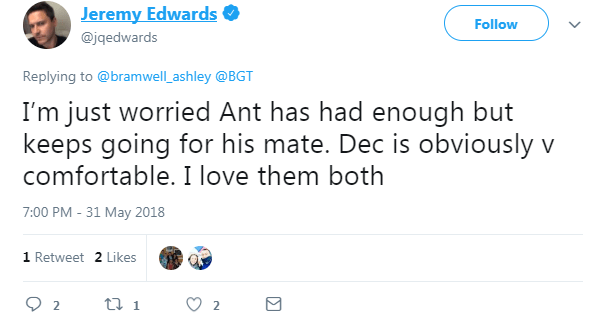 His comments come after Britain's Got Talent boss Simon Cowell praised Dec for doing an "outstanding job" during the week of live shows.

Determined to publicly thank Dec at the end of Sunday's final, Simon gestured for the mic before saying: "I want to say to you, Dec, you have done an outstanding job this week.

The Geordie host looked bashful as he bowed his head and smiled.